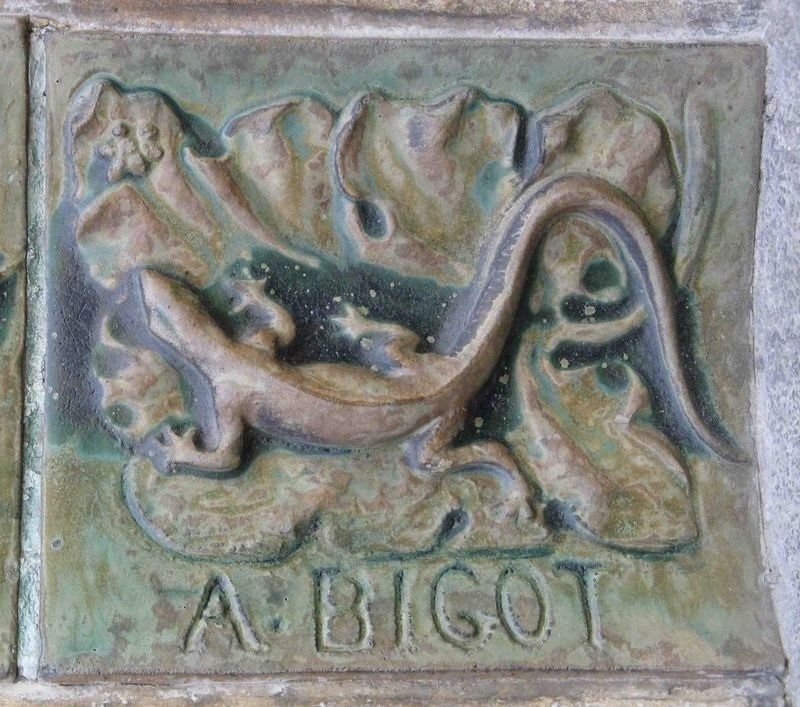 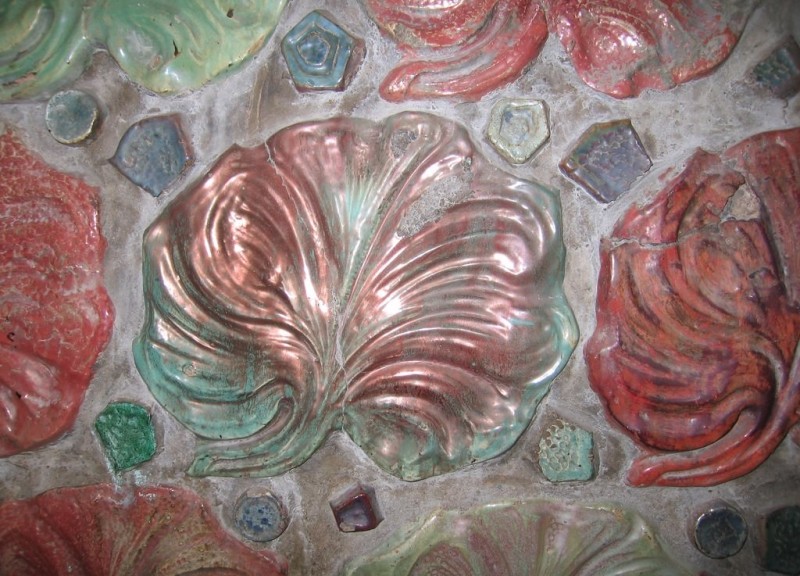 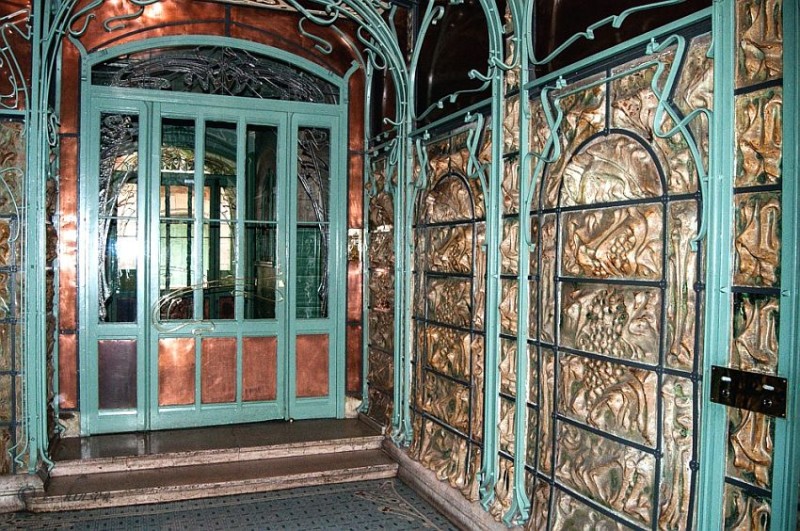 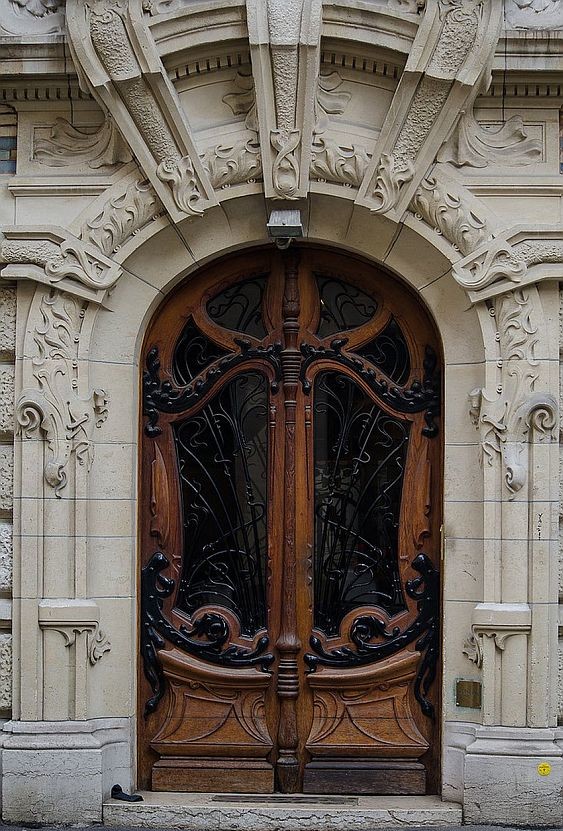 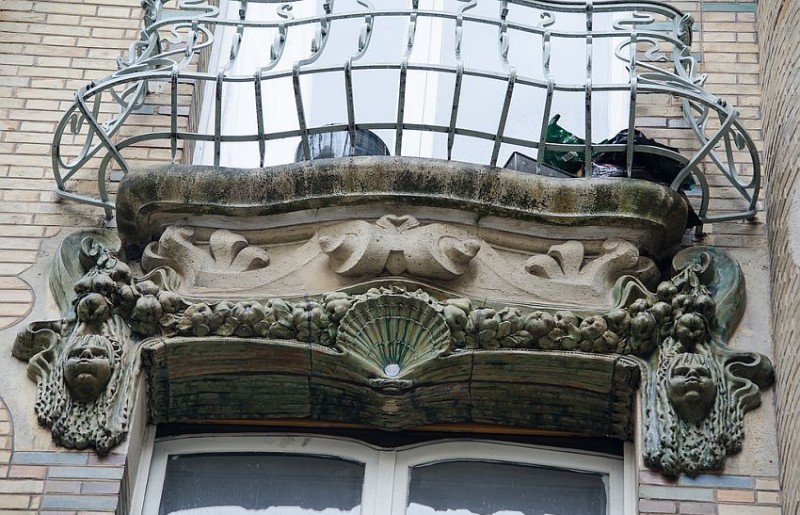 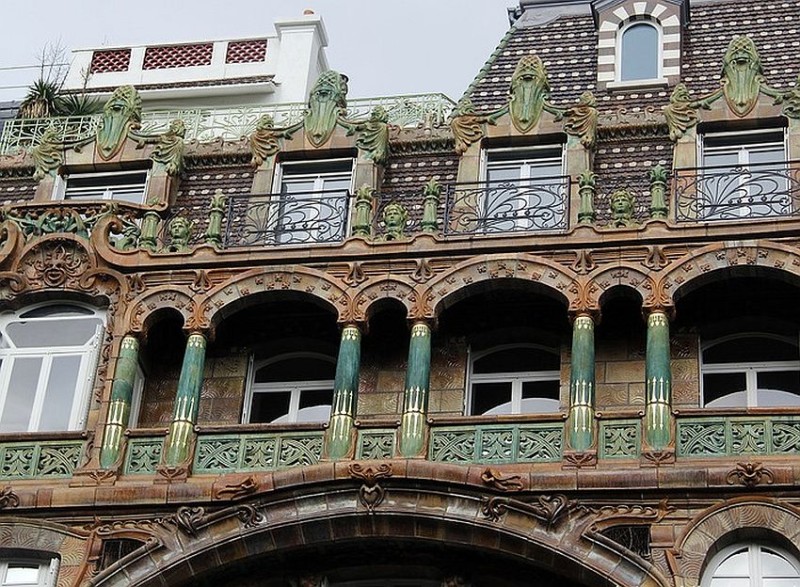 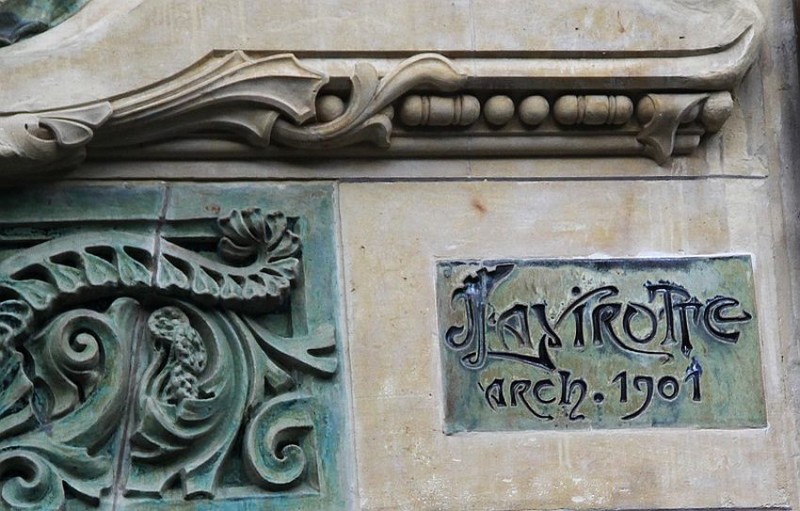 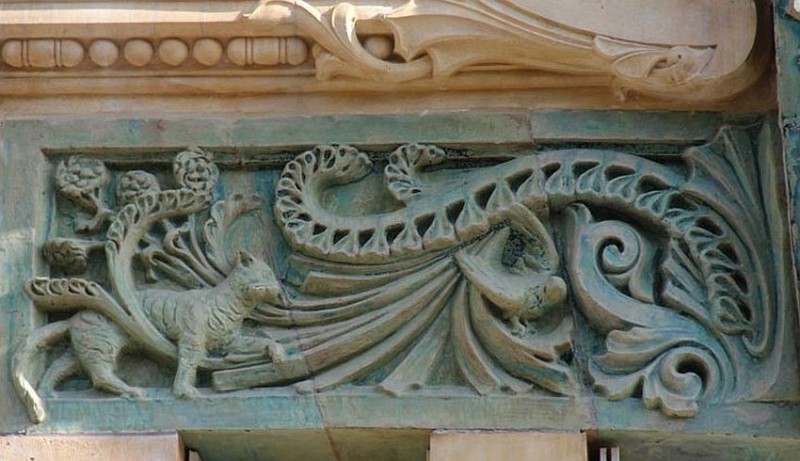 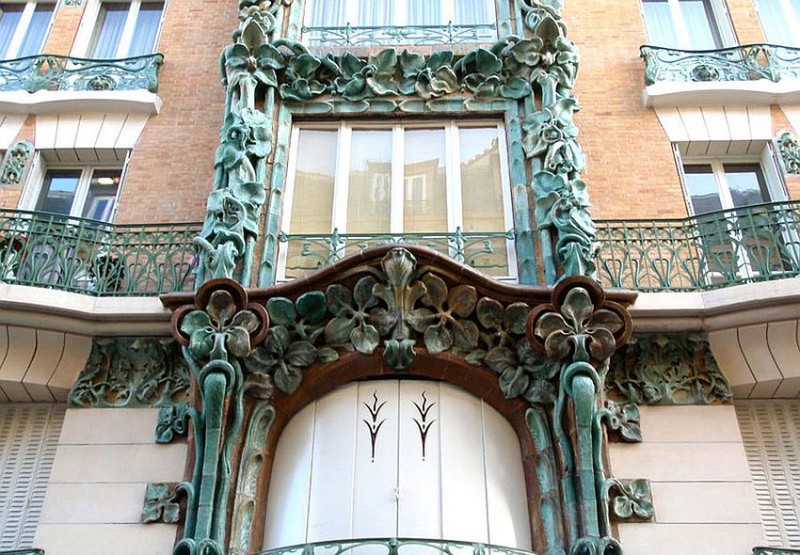 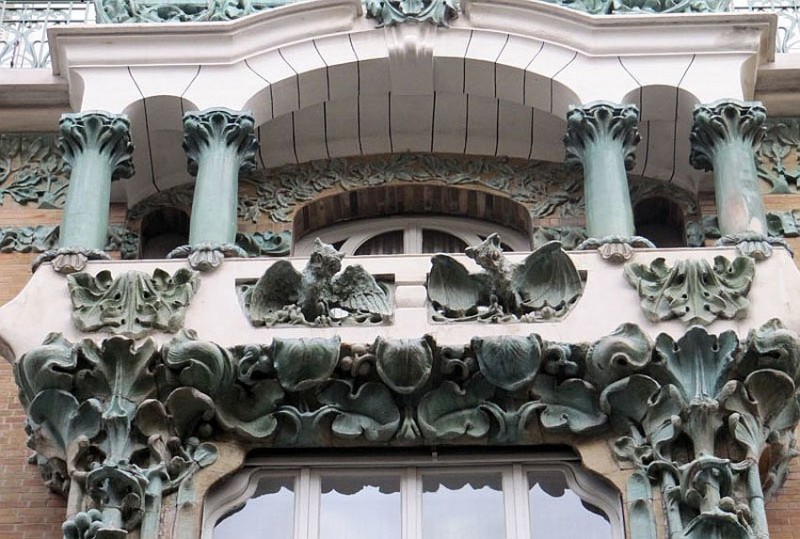 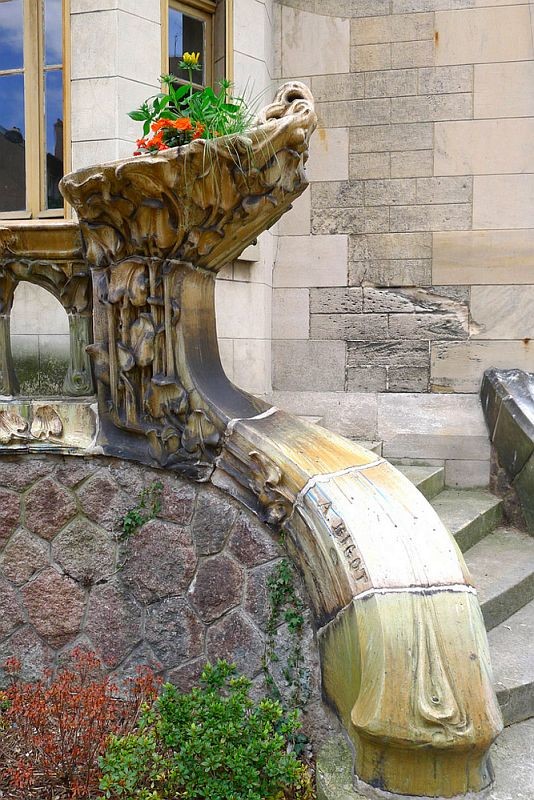 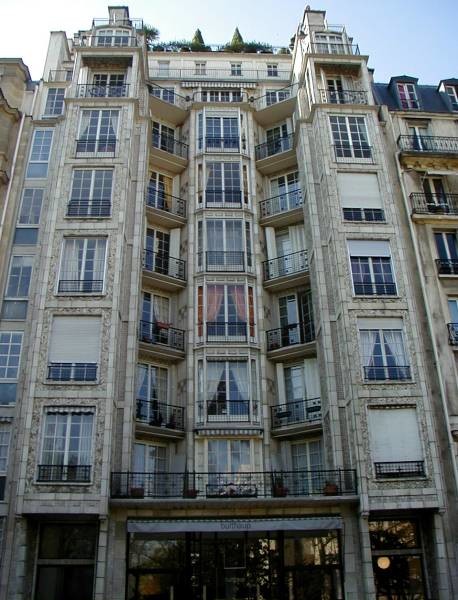 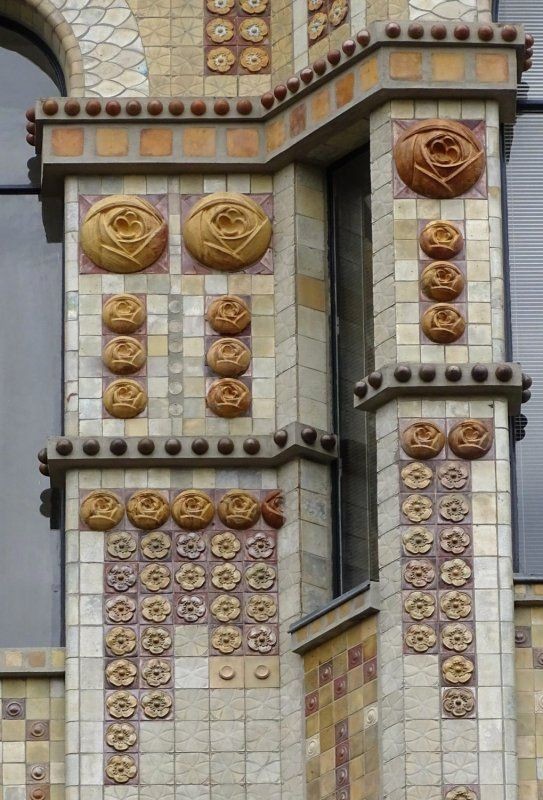 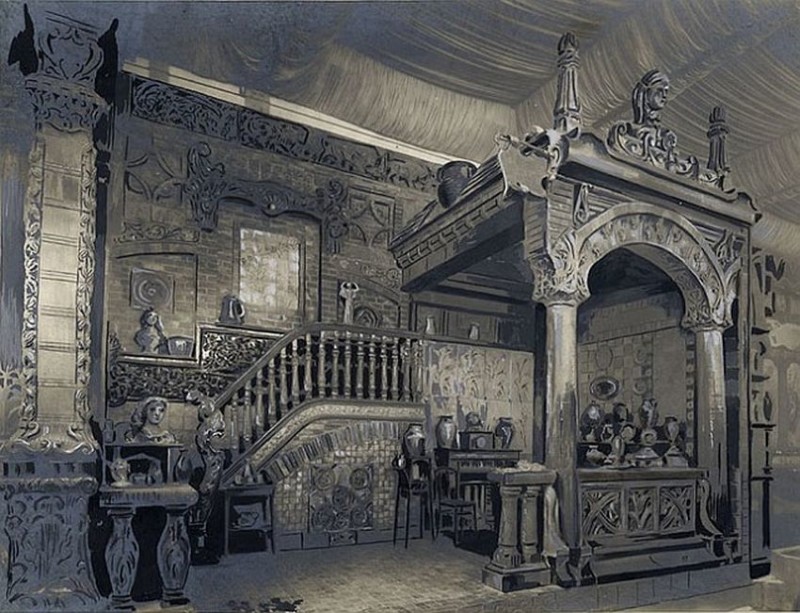 Alexandre Bigot became one of the greatest artists in the arts and crafts, the brightest star in the Art Nouveau epoch and his ceramic facade became part of the world’s cultural heritage, an example of how engaging in a favorite business can bring unprecedented success and glory.

Alexandre Bigot was born in France, in the town of Mer on November 5, 1862. Having received a brilliant education at the University of Caen (Caen-Normandie), he continued his studies at the Sorbonne. Specializing in such subjects as physics and chemistry, in 1890 he received a Ph.D. and became a teacher at the renowned mining institute École des mines.

But a more significant event of his life turning the life of a doctor of chemistry and physics to a radically different direction, which, at first glance, was far from the exact sciences, occurred a year earlier, in 1889.

Then, the Exhibition Universelle, dedicated to the centennial of the French Revolution had been held in Paris. Many technical novelties had been exhibited there, – the results of technological progress and the industrial revolution. The Eiffel Tower itself, which later became the symbol of Paris, had been built for this exhibition.

However, it was not unique machines and iron structures that sunk deep into the heart of a young physicist, it was ceramics. These fired-clay crafts would seem like ordinary everyday knickknacks, but in the hands of oriental masters they turned into such masterpieces that it was impossible to take one’s eyes off of them; one couldn’t help but touch such surprisingly tactile and warm objects. Pottery made a lasting impression on Bigot and he began to explore it.

Serious knowledge of physics and chemistry, as well as an equipped laboratory with a kiln, enabled him to conduct extensive experiments with clay, acids and metals. Thus, his enamels were born – warm, unique, with a rich color scheme. Like Stradivari’s violin varnish, Bigot’s enamels enabled ceramics to “sound” in a new way.

In 1897, Alexandre Bigot founded a factory on the rue des Petites-Écuries and started to industrially produce his architectural ceramics. Bigot’s early works are in Bernard Palissy’s style. Bernard Palissy was a 16th century naturalist and ceramist, whom we already wrote about on our site. A characteristic feature of Palissy’s ceramics was the relief images of amphibians and fish in wonderful translucent majolica glazes that imitated the water depths and glitter of silver fish-scales.

This experience from time immemorial was best suited for Alexandre Bigot, since Art Nouveau was dominating the French fashion and architecture with its nature motifs. Silhouettes and figures of animals, floral ornaments, volumetric flowers, metal and ceramic plants s were at the peak of popularity. Art Nouveau is rightfully considered to be one of the most beautiful styles in art. In fact, Bigot’s ceramics were simply predestined for Art Nouveau, – they were as if created for each other.

Having been one of the first to join the Architect Union, right after its creation in 1890, Bigot worked closely with the best architects of his time. Already in 1894-1898, together with a young and little-known architect Hector Guimard, Bigot built the magnificent Le Castel Béranger. The building is considered to be one of the French Art Nouveau masterpieces. Bigot’s ceramic tiles were used to decorate the walls and floor. Embossed decorative mural adorn the facade of the building. And Bigot’s wonderful nacre glaze is applied almost everywhere, – a signature distinguishing feature of his ceramics.

Later, after receiving the Figaro Prize, Guimard arranged tours and excursions of the Béranger Castle. At the end of the twentieth century, the building became an architectural monument – a merit, a great deal of which is owed to monsieur Bigot.

After participating in the Guimard project, Bigot started his cooperation with the famous architect Jules Lavirotte.

The first result of this collaboration was house number 3 on Rapp square in Paris.

The entrance is framed by an elegant portal: stylized columns topped with floral ornaments and three massive castle stones. The latter are also a balustrade for the second floor window. Massive and richly decorated balconies of the fifth floor are a counterweight to the elegant balconies of the third floor.

The combination of brackets of various sizes, the use of a stylized acanthus leaf and floral ornament creates an amazing unique mixture of forms. The single line of the balcony balustrade forms a semblance of a fortress wall with bastions.

Lavirotte understands the plasticity of ceramics and its visual perception. Due to the increase in the size of the facade decor from the lower floors to the upper, all the adornments are perceived on a single scale.

The following year, Bigot and Lavirotte started working on their second joint project – house 29 on Rapp street. This house cannot leave anyone indifferent. For some the house is simply breathtaking, delightful and ecstatic, while others consider it pompous and excessive. But over time, the house was recognized as a real decoration of Paris, and this work of unsurpassed Art Nouveau masters is considered to be one of the best.

Bigot uses the facade of the building as an exhibition of his work. There you can find figures of people, birds and animals, floral ornaments, stylized heraldic shields and rocaille. The entrance to the building is decorated with a luxurious portal. It seems that giant plants grow from the ground and gracefully frame the portal, which is crowned with nude figures of Adam and Eve. In the center is the head of a woman – according to the legend, this is a sculpture of Lavirotte’s wife. In the portal, just like in the decoration of the entire building, a thread of symbolism can be traced.

If you look at the balustrade of the second floor, you can see the head of the Chinese dragon. The central balcony is supported by a bracket, which resembles two heads of bulls harnessed to a yoke. The doors of the balcony are framed by floral ornaments.

The asymmetry of the building is worth noticing, for this lack of symmetry is a characteristic feature of the French Art Nouveau. Due to this absence of concord, the structure acquires grace and ductility of forms, originality and melancholy. The building is crowned with magnificent mansard finishing. A bright and distinct cornice with massive decoration of window portals, ceramic columns and interweaving of the balconies flows into stylized castle stones, which look like plumes on hussar headdresses, and corner elements – like epaulettes.

Such a lavishly decorated building facade was met an ambivalent attitude: some admired it, others accused it of excessiveness and waste. However, this duality is a feature of fastidious Parisians, for they also did not immediately accept the Eiffel Tower and insisted on its dismantling. However, Parisians are not the only ones to react to vivid examples of unconventional architecture in such a sharp manner. Muscovites did not accept Igumnov’s House on Yakimanka, and even his own mother told her son about Arseny Morozov’s Moorish mansion: “Only I used to know you were a fool, and now all of Moscow knows too.”

It is worth noting that despite all the admirers and naysayers, the building is recognized as an architectural monument in the middle of the 20th century. It received a grand prix as a building with the most beautiful facade immediately after its construction was finished.

Bigot later decorated several more buildings jointly with Lavirotte, the most famous of which is the building on Wagram Avenue 34, called the Hotel Ceramic for its absolutely amazing decoration on the ceramic facade.

Alexandre Bigot had many joint projects with other well-known architects:

Many architects and designers collaborated with Bigot in the construction of their buildings, suffice it to say that more than a dozen of their houses survived in Paris alone. And how many, not mentioned yet in our article, are left scattered throughout France? These buildings became an Art Nouveau anthem, a true decoration of cities, attracting tourists from all over the world. Alexander Bigot created real ceramic works of art – magnificent and unique, impressive to the viewer, just as the ceramist himself was impressed at that memorable exhibition of 1889.

However, Bigot’s factory’s produce was not only custom made ceramic facade for famous architects, which was specifically made for their new projects. He independently developed household ceramic object production – fireplace portals and fountains, paper-weights and inkwells, vases and tableware.

And in 1900, at the next Paris exhibition, Bigot showcased a magnificent pavilion with samples of his products.

The pavilion was designed in conjunction with Jules Lavirotte, and represented the front entrance group. Sophisticated cornice, balustrade, stair railing, ceramic tiles for the floor and walls. Most of the elements were intended for the famous house 29 on Rapp street. In addition, many household items and utensils were presented. Almost a complete catalog of products was there.

Ceramic murals and vases are covered with delightful enamel of various shades. There are no sharp borders of color or any specially created transitions from one to another. It seems that Mother Nature herself endowed this pottery with such a variety of harmonious color shades.

The pavilion was so magnificent that the director of the Budapest Museum Jeno Radisics bought it out completely, following which it was exhibited both separately and as a complete set. It is noteworthy that the weight of all elements of the pavilion was more than 12 tons.

Alexandre Bigot stopped production at his factory in 1914 due to the outbreak of World War I and, as a result, a decrease in demand for expensive decor.

The great ceramist died on April 27, 1927 in Paris, leaving behind the unique beauty of ceramic facades in the style of Art Nouveau. 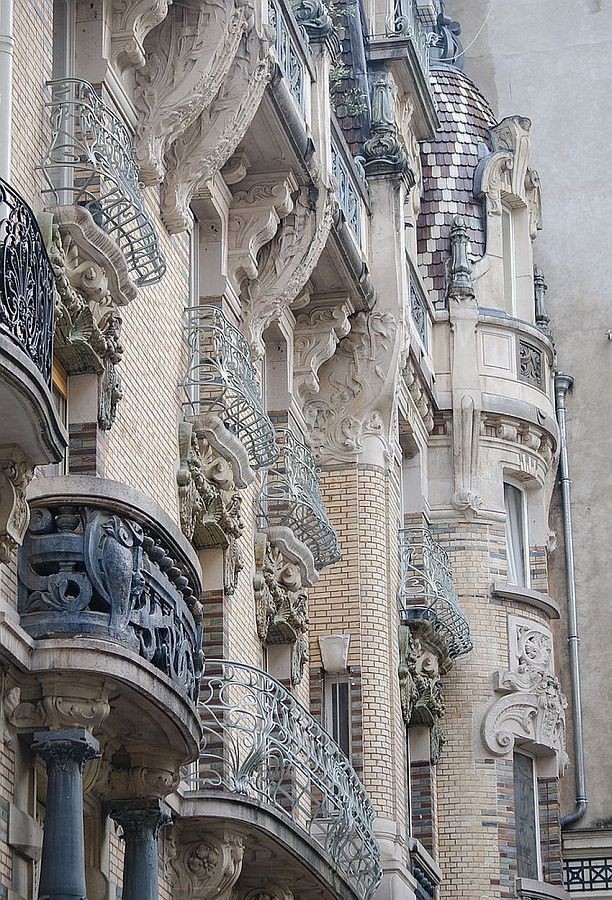 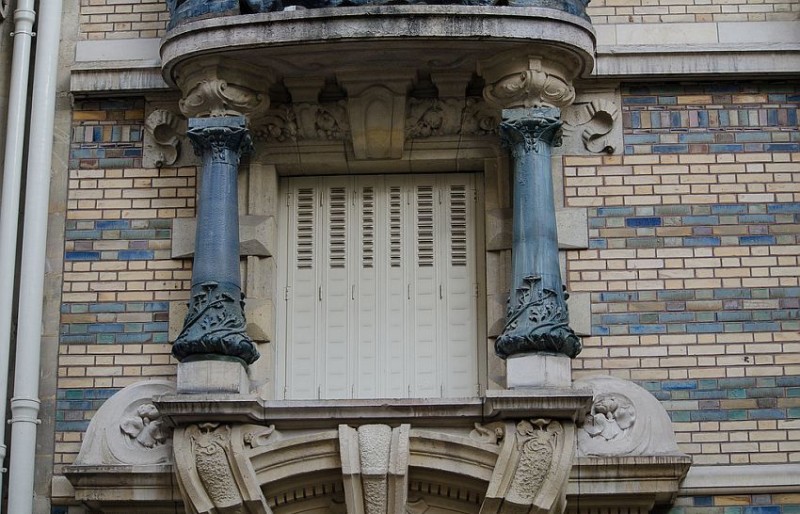 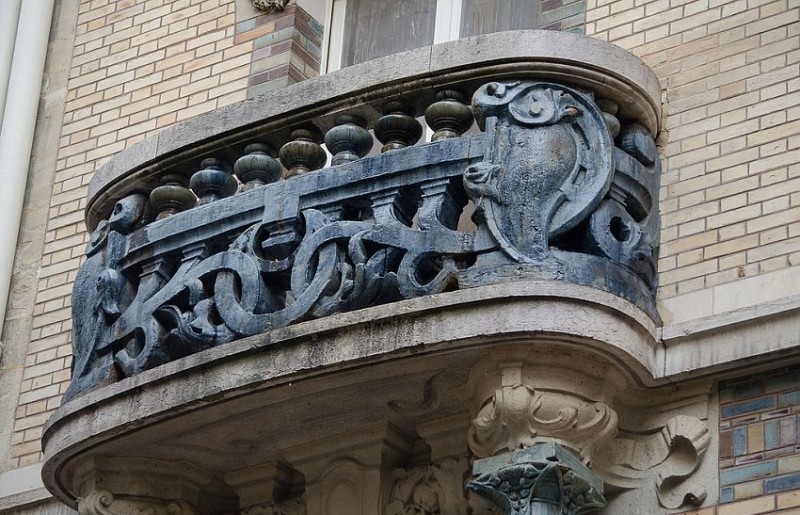 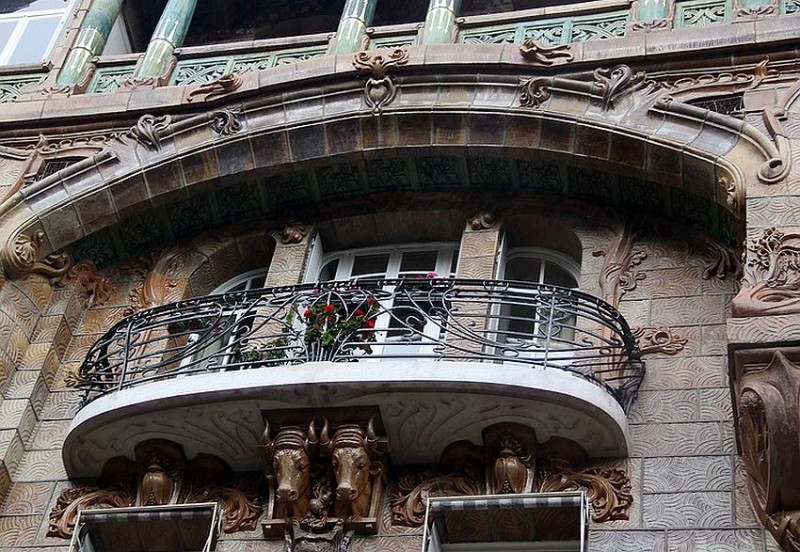 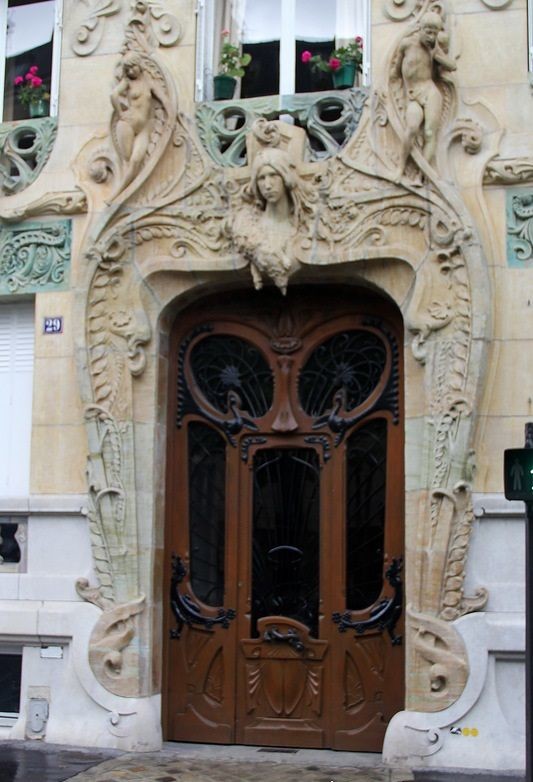 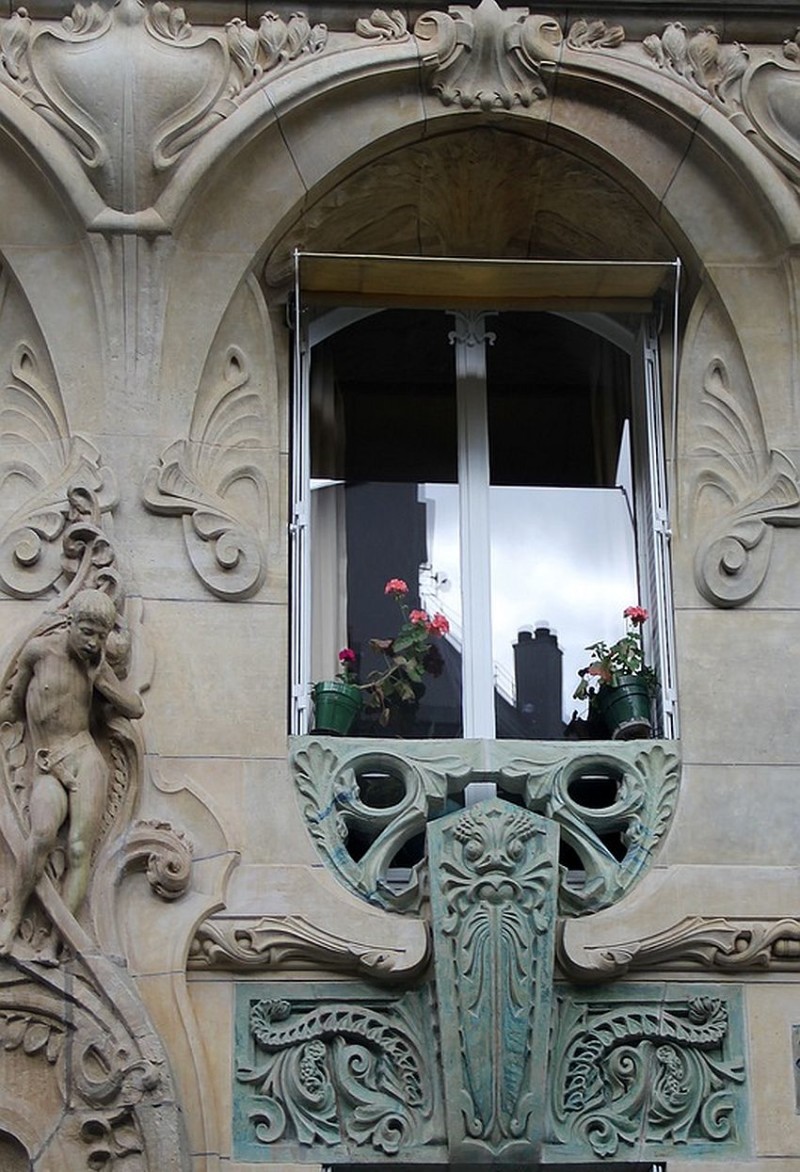 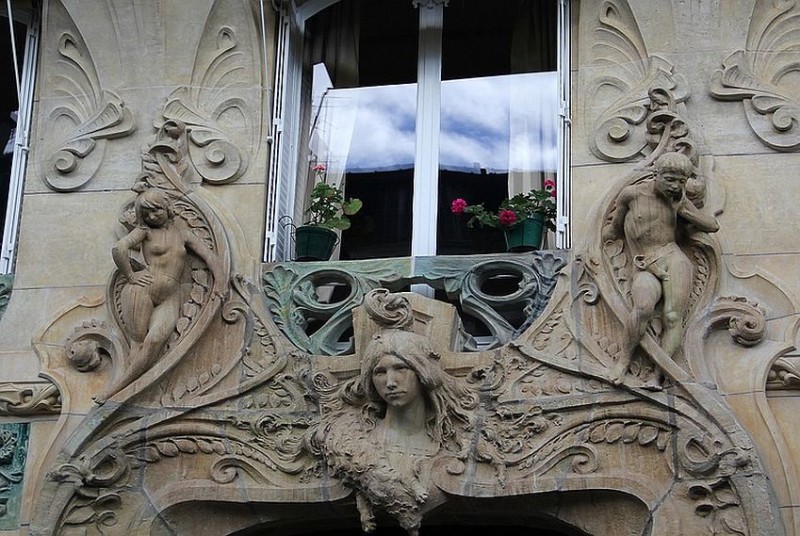 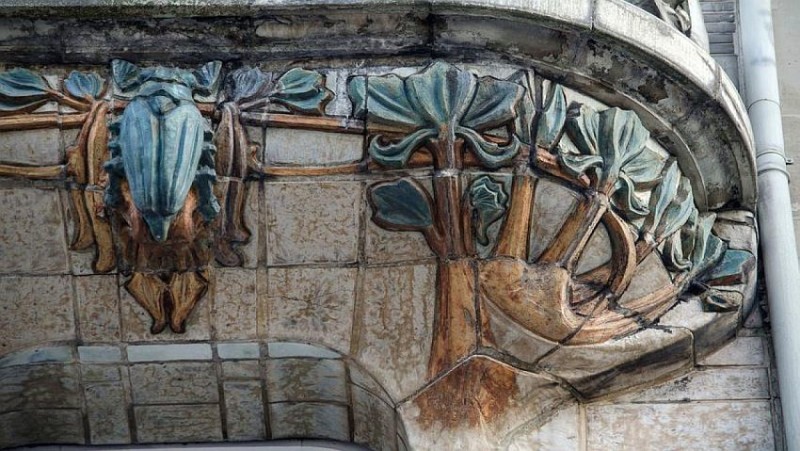 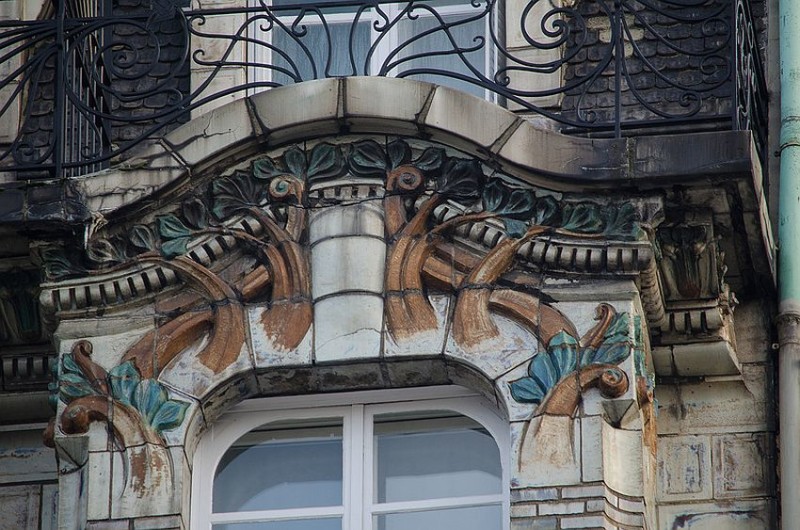 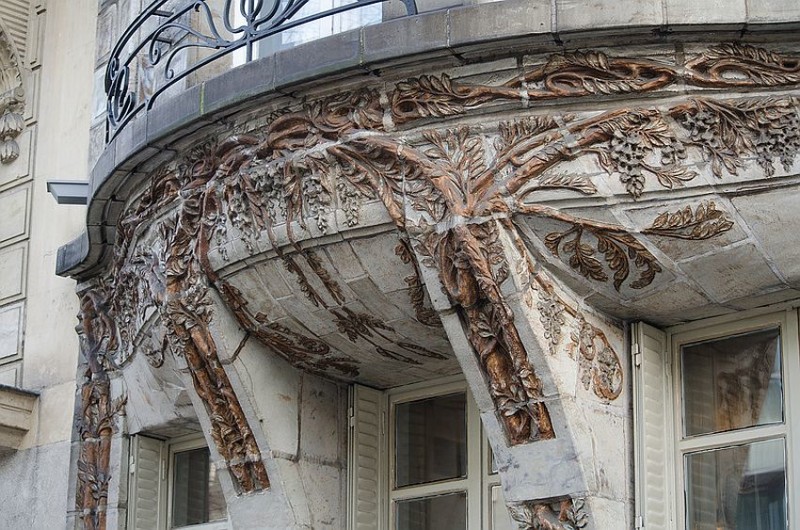 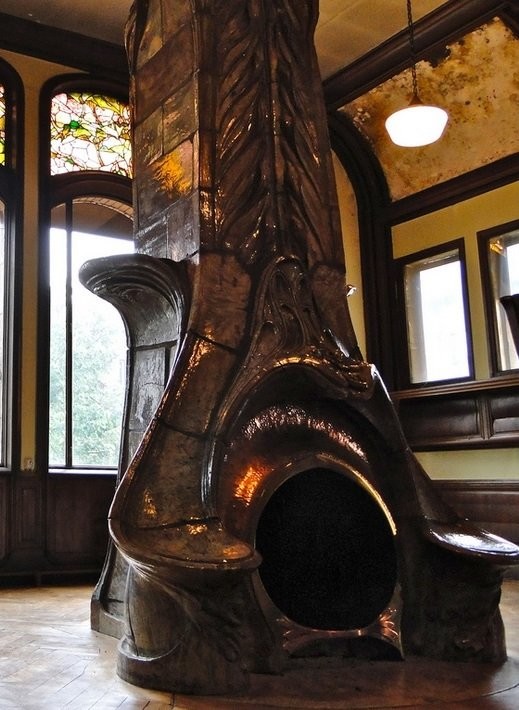 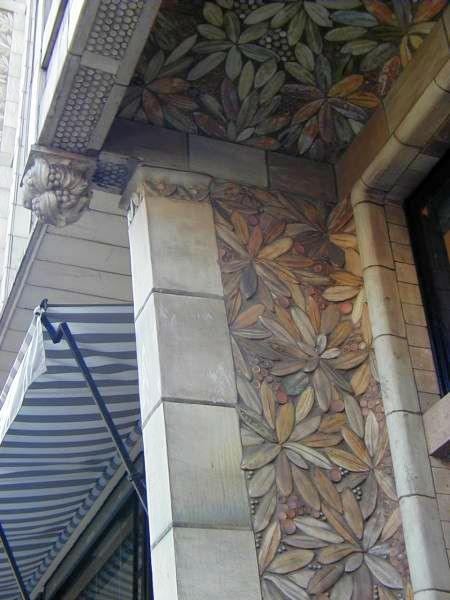 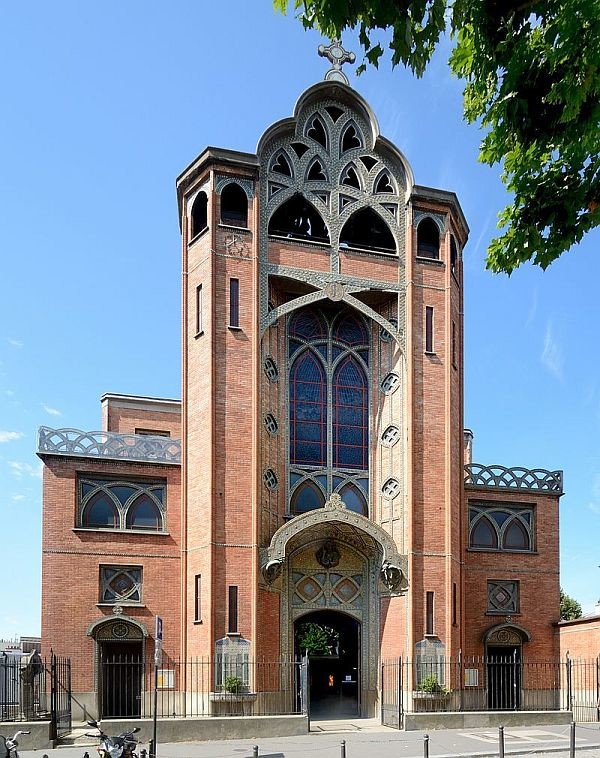 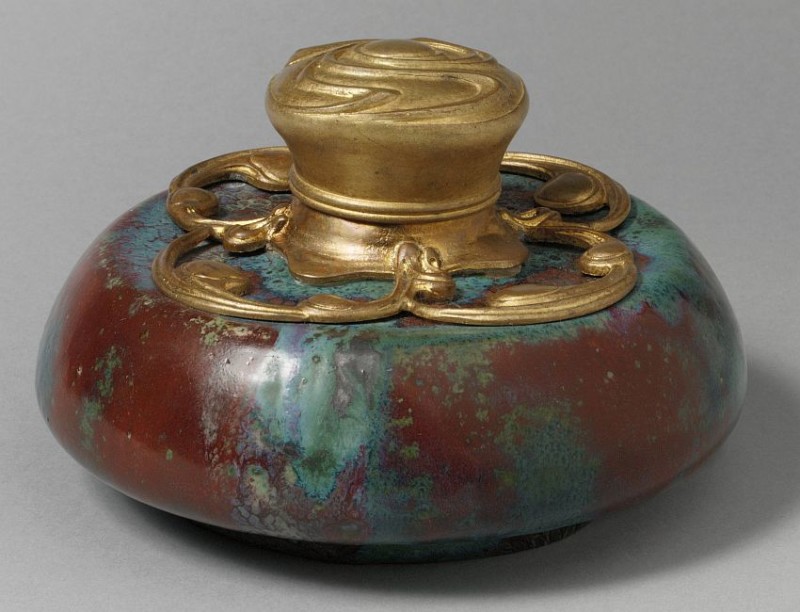