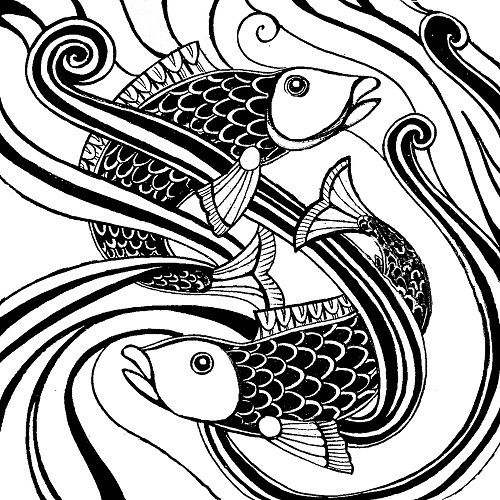 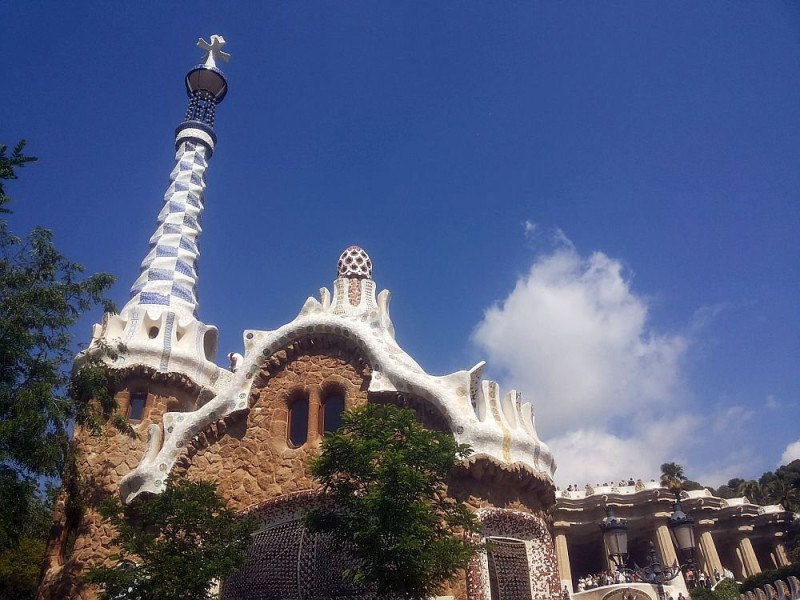 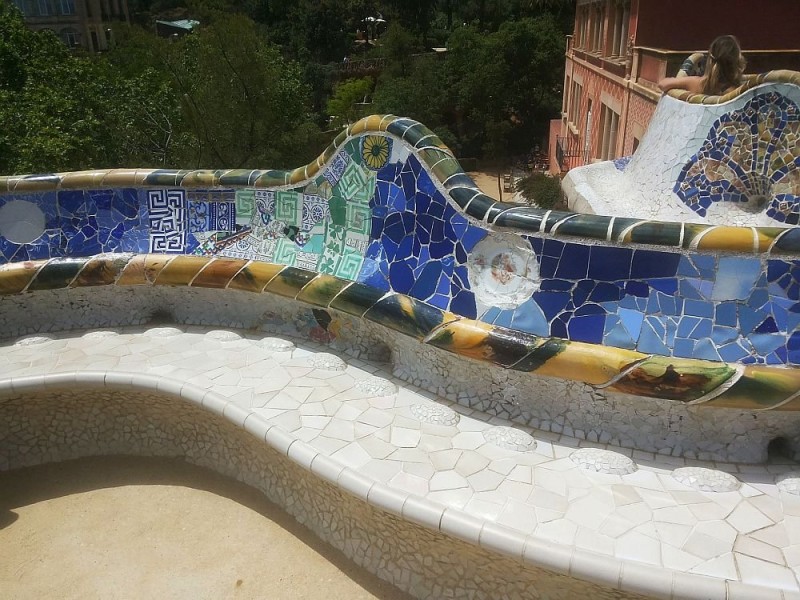 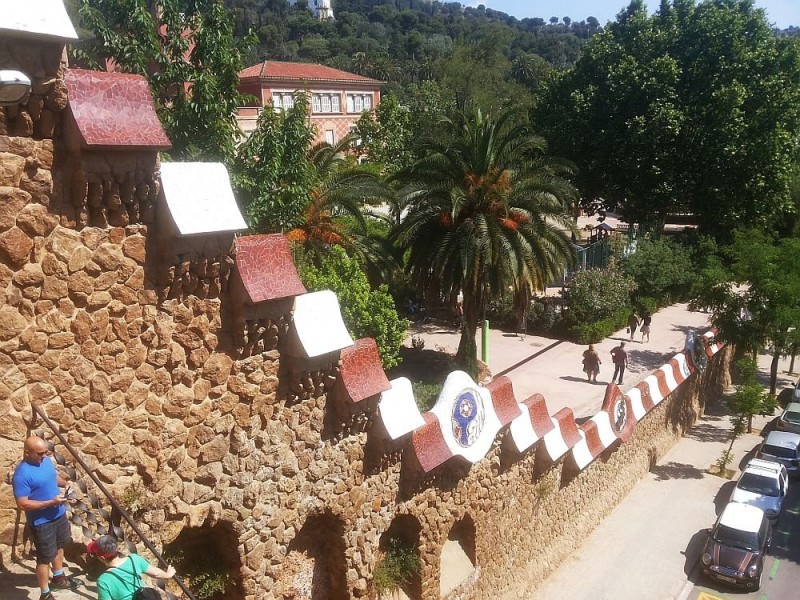 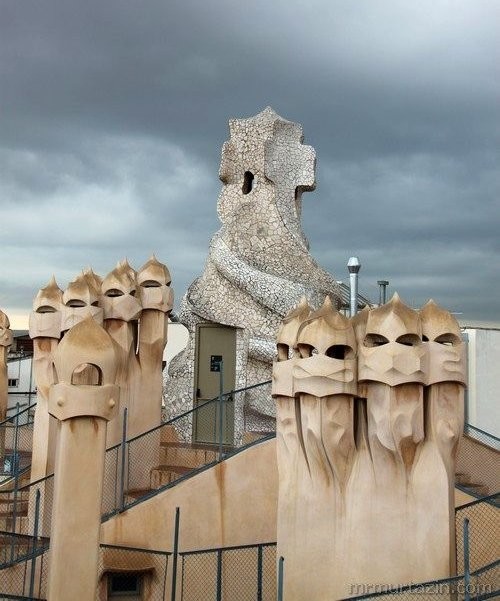 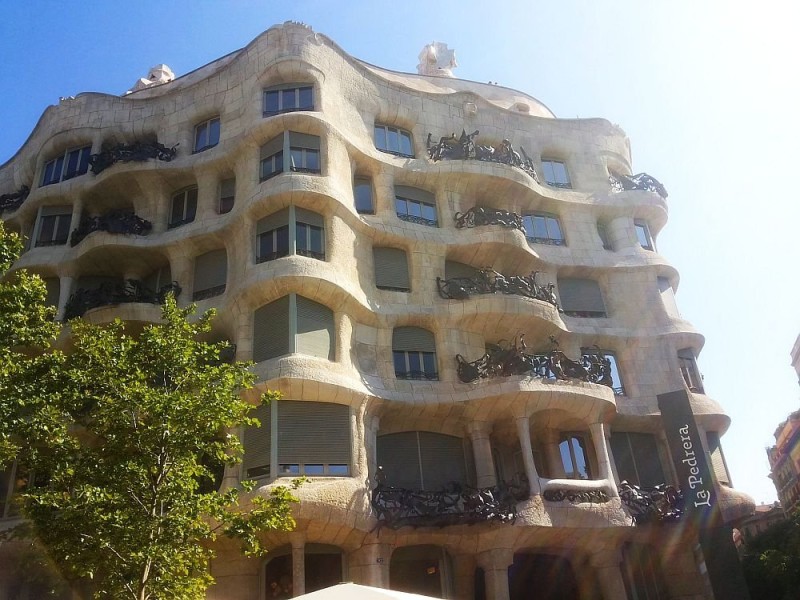 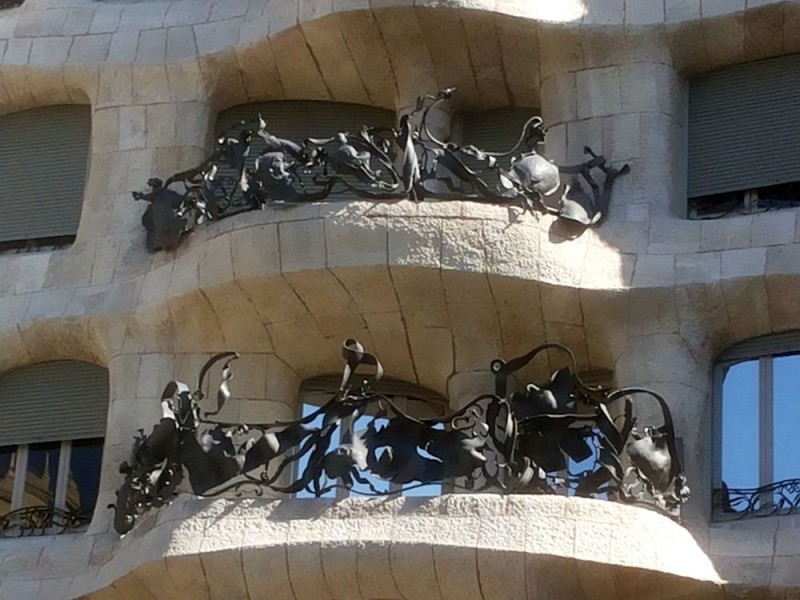 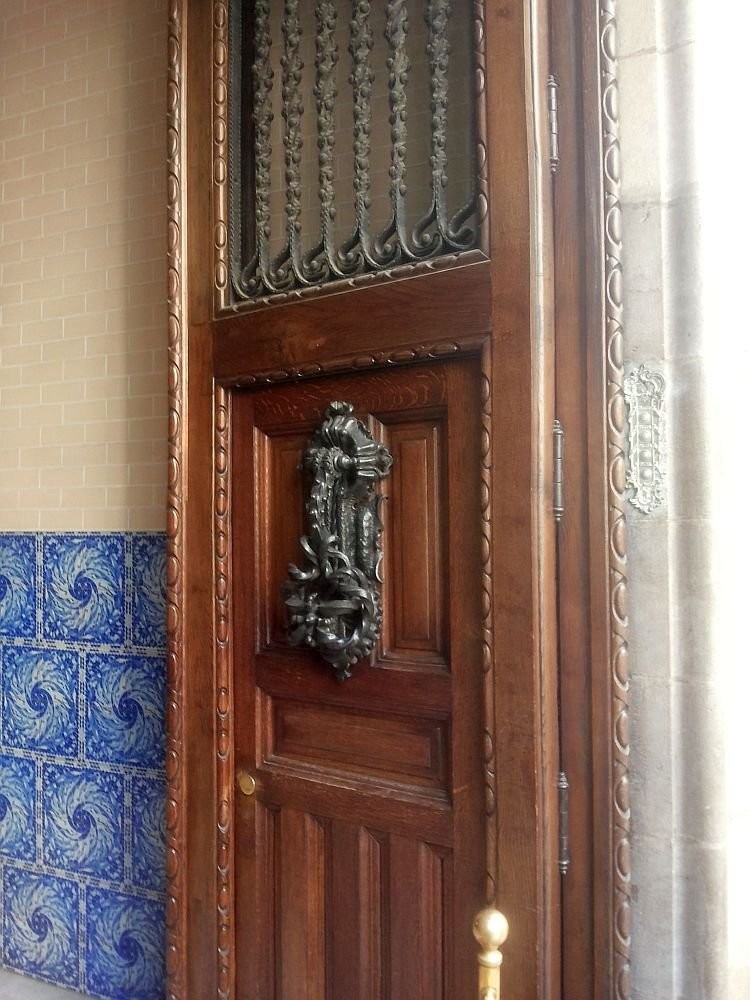 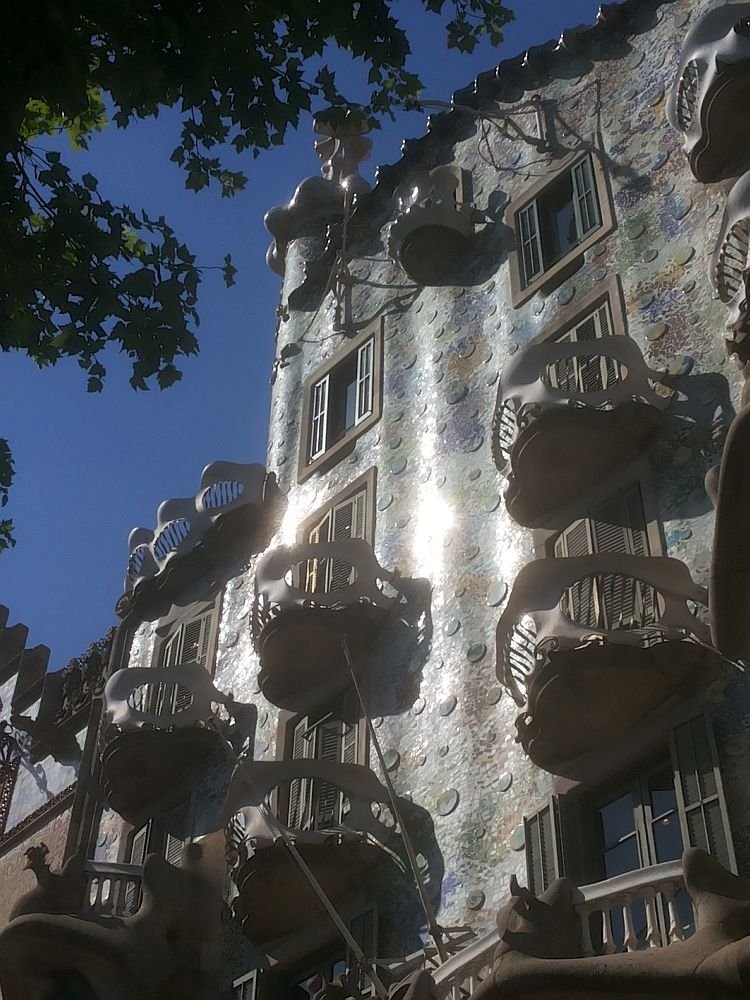 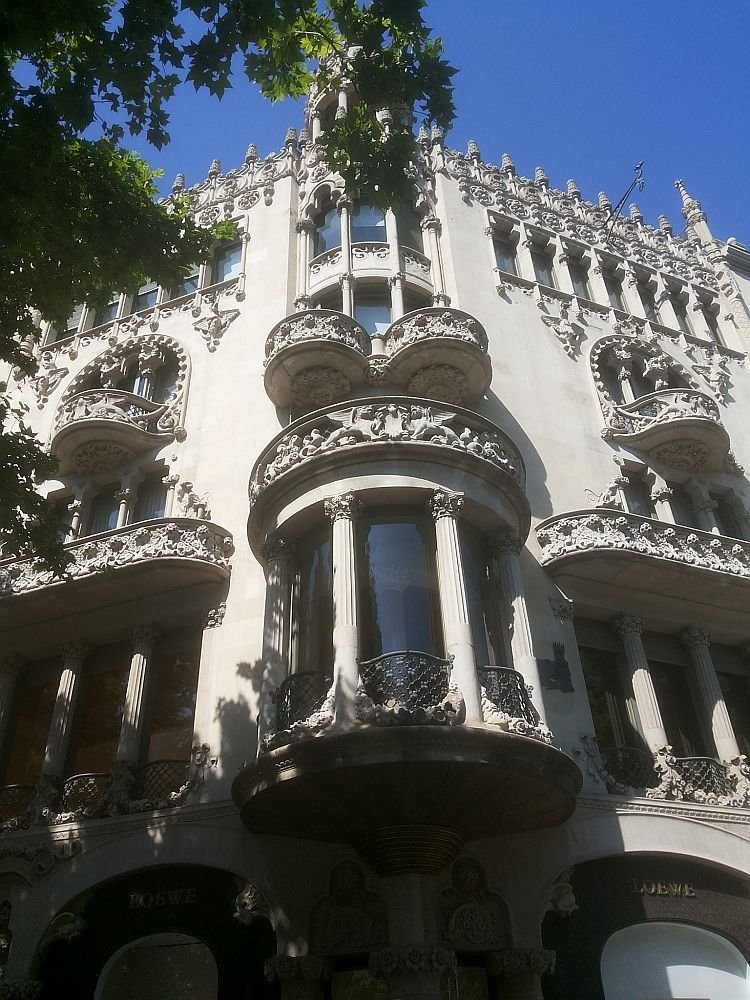 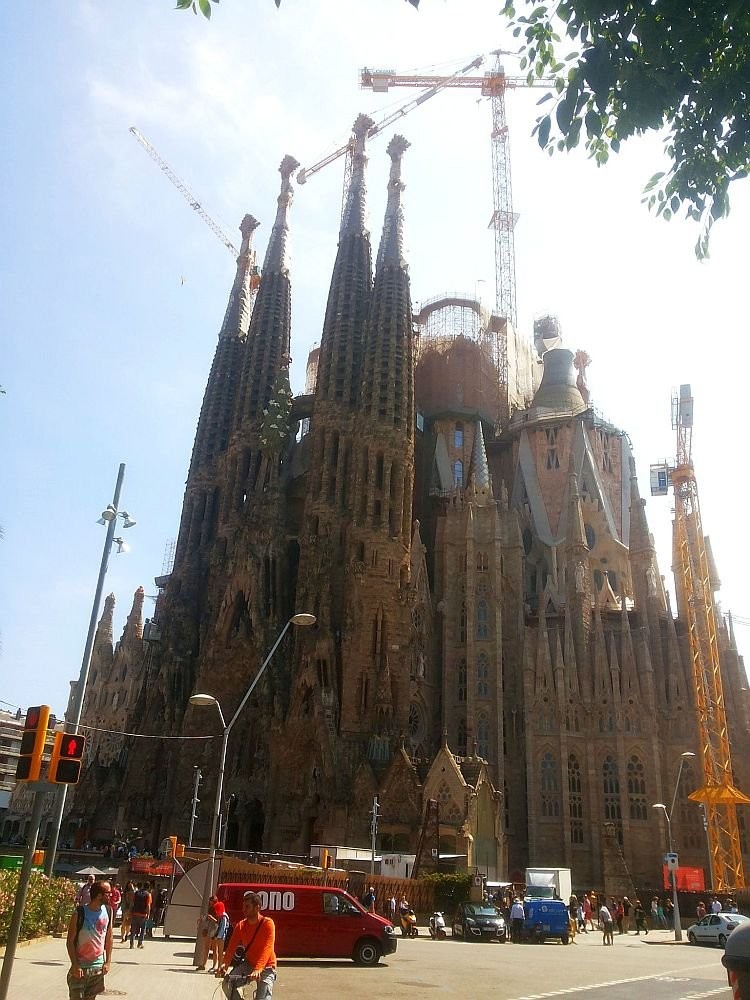 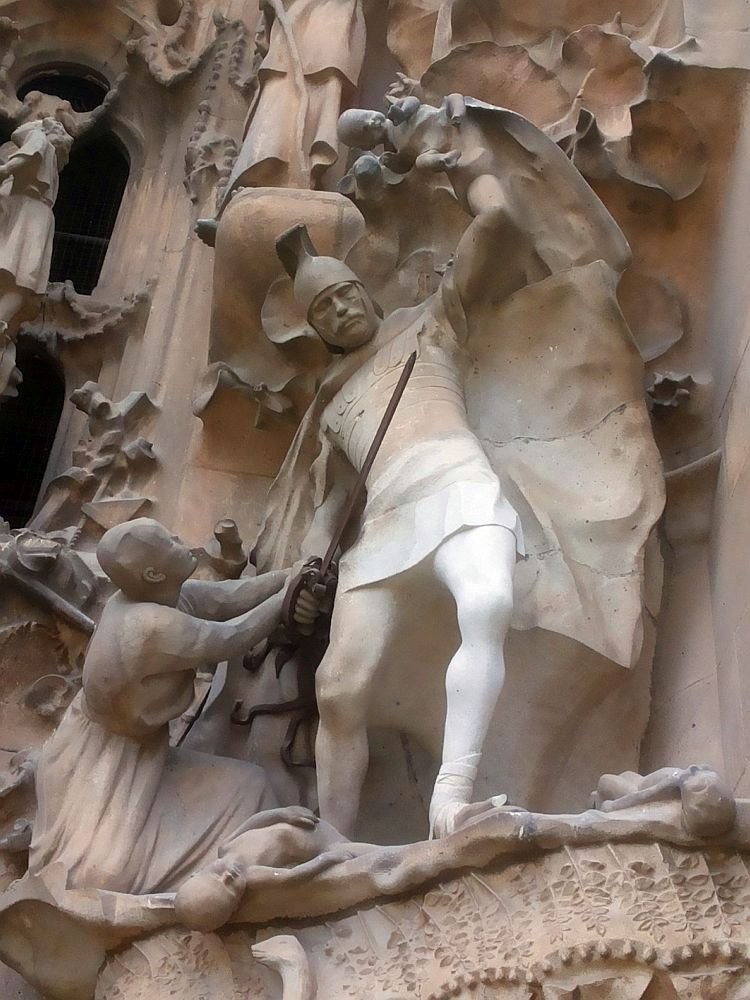 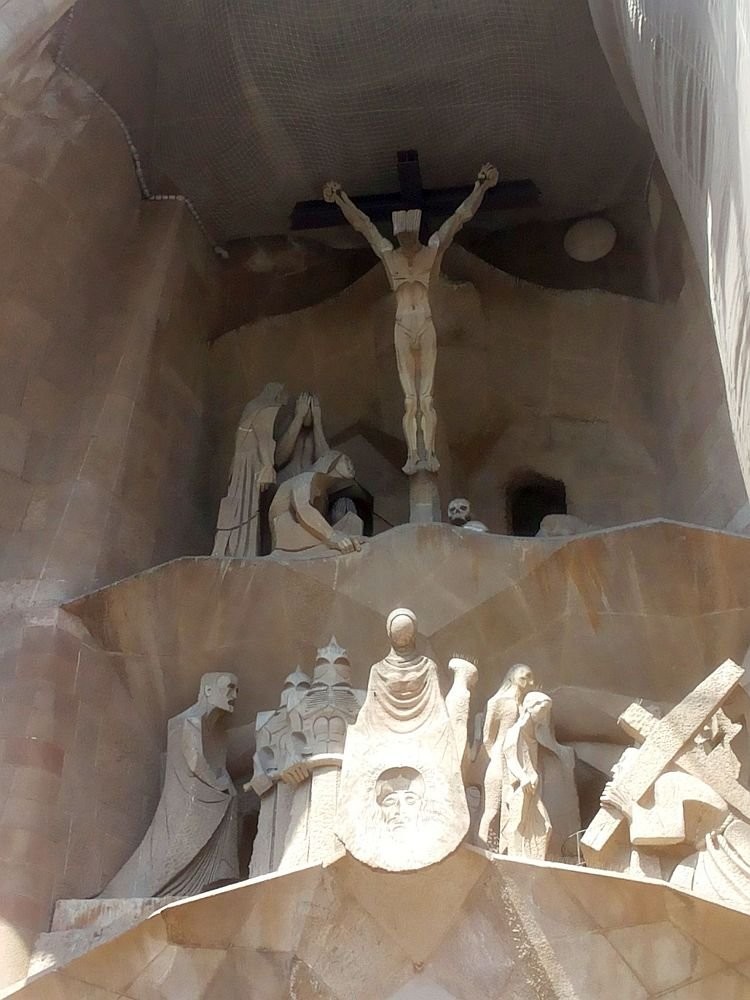 “… corners will disappear, and matter will generously appear in its astral roundness: the sun will penetrate here from all sides and there will be an image of paradise … so, my palace will become brighter than light … »

On June 25, 1852, in Reus (Tarragona, Catalonia) the fifth child was born in the family of Francesc Gaudi i Serra; the boy was named Antonio Gaudi i Serra. The birth was difficult and the newborn was promised a maximum of three years of life. Antoni’s very devout mother, when the boy was five, sent her him to the church to thank the Virgin Mary for the time allotted to him. Even at that age the boy, serious beyond his years, was thinking about his destiny: why had the Lord saved his life, how should he thank him for the years given.

Gaudi revealed his talent for drawing very early, but what a more surprising fact was that as a child he constantly noticed unusual things. In particular, at the age of seven, he told his father in great surprise that the sea waves did not repeat, their silhouette was different all the time.

This feature, to see what others do not pay attention at, to see the unusual in the ordinary, and then try to repeat the natural lines in handmade objects, distinguishes Gaudi from other architects, many of whom were his contemporaries and also worked in the Art Nouveau era.

Gaudi’s first teacher was Joan Martorell i Montells. It was Martorell who taught Gaudi the Maxwell-Cremona method, which allows calculating the material resistance for the construction of unsupported arches, which later became Gaudi’s hallmark, as he uses them in most of his buildings.

Martorell recommends Gaudi as an architect for the construction of the Sagrada Familia, as well as introduces the young architect to Eusebi Guell, who became Antonio’s closest friend and patron for long 35 years.

We wrote about Gaudi’s most famous works in our article Ceramists of the 20th Century. This, of course, is the world-famous Park Guell, an unsuccessful commercial project for the industrialist Guell, but an extremely profitable acquisition for the municipality of Barcelona, which today attracts up to 2.5 million visitors a year.

Guell conceived his park as a residential complex, in which private mansions would be combined with park areas and cascading flower beds in the manner of Howard’s ‘garden cities’. However, only two of the planned 60 plots were sold, and even then, one of them was finally bought by Antonio Gaudi himself. In 1922, the Guell’s heirs sold the park to the City Hall of Barcelona.

Unusual cascading alleys built from local stone and clay became a characteristic trait of Guell Park. They are, as it were, a continuation of the “bald mountain” and give the impression of stalactites carved into the rock.

The logical architecture of the park, its thoughtfulness, harmonious integration into the natural landscape and, of course, completely new methods of decorating and designing buildings, – to this day there are no analogues of all this anywhere in the world.

The uniqueness of Gaudi’s architecture is not only in an unprecedented approach to design and construction using curved silhouettes and unusual decors. In his creations, there is not only the creative thought of the artist and religious symbolism, but also a very accurate engineering calculation, stunning ergonomics and a design perfect in its pragmatism.

Antonio Gaudi, like a true Catalan, was extremely practical and did not disregard any utilitarian element of his structure. His chimneys are mysterious masks or skyward fairy castles. His drains are creeping snakes. His roof is the back of the dragon. For Gaudi, there were no trifles.

Because of his meticulousness he was known to have conflicts with the masters. During the the Guell park’s construction, at the request of Gaudi, workers brought glass bottles and pieces of porcelain from all the city dumps, not understanding why the ‘crazy’ architect needed all this garbage.

While working on the Mila house facade, Antonio Gaudi stated “it should not be just a rose, it should be the apotheosis of a rose” referring to a carved rose for the facade. Many carvers just got up and left; after a sizeable sequence of different masters simply leaving on him, Gaudi himself was forced to carve out this “apotheosis” from stone by himself.

Interestingly, Antonio Gaudi was friends with customers, but usually conflicted with their wives. Rosa Segimon, Pere Mila’s wife, could not stand the architect, considering him wasteful beyond measure and high-handed, which is not surprising, since the construction of an apartment building on Paseo de Gracia street ruined the family so much, that they were forced to sell this house just to pay Gaudi off.

Guell’s wife, Louise Isabelle Lopez Bru, the eldest daughter of the Marquis de Comellas, refused to speak Catalan with Gaudi, and he, in return, refused to speak Spanish, so during the construction of the Guell’s palace they talked through an interpreter.

At the same time, Guell’s wife literally hated Gaudi because he used her collection of porcelain from Limoges to decorate various elements of the palace under construction, breaking it into small pieces without any regret.

Gaudi’s work has become an “almost inaccessible luxury” for contemporaries, but as they say in Barcelona, despite the fact that few of Gaudi’s customers were able to maintain their fortune after working with the architect, they all bought a place for themselves in eternity.

Another ruined manufacturer, or rather, his widow, owned the House of Calvet. The house was also built as a revenue one, and although the general style of the house is Neo-Baroque, Gaudi’s style is very clearly pronounced in it nonetheless: elaborated details of external and internal design; floral ornaments on the facade of the house; numerous forged elements – bedbug-shaped hammers, monograms with the house owner’s initials, elegant balcony fences, and complex ‘organic’ furniture.

The pinnacle of Gaudi’s creativity was Casa Batll ó, located in the neighbouring block with Casa Mila in Passeig de Grаcia, and commissioned by Josep Batllу y Casanovas, a textile tycoon. This house is also called the ‘House of Bones/ because of its bone-shaped columns and balcony fences reminiscent of skulls.

Perhaps it was Gaudi’s works that later inspired the Spanish surrealists – this house is so full of images and halftones, sparkling in the sun with a bright ceramic trencadis mosaic, flickering with multi-colored majolica on the facade and roof and as if dissolving in the haze of a hot summer.

By the way, Passeig de Grаcia is home to the Block of Discord (Mansana de la Discòrdia) , where the houses of four different architects stand wall-to-wall to one another, as if competing. The architects are: Antonio Gaudi, Domenech i Montaner, Josep Puig i Cadafalch and Enric Sagnier i Villavecchia.

There is a belief that three houses bear the names of their owners, and the fourth, Domenech i Montaner’s work, is named Lleo Morera for decors in the form of lions and mulberry trees (‘morera’ in Spanish).

However, that is not the case, since Montaner used mulberry-tree decors to immortalize the name of the customer, the industrialist Morera. Therefore, the house, as well as the three others in the Block, bears the name of its owner – Albert Leo-i-Morera.

The apex of Gaudi’s work, of course, is the Sagrada Familia – the Church of the Holy Family in the Neo-Gothic style, reworked by Gaudi beyond recognition.

The first impression of the church is absolute delight. Classical architectural techniques of the Spanish Gothic style, represented by the Catholic cathedrals of Burgos, combined with the lines of Spanish Art Nouveau characteristic of Gaudi’s architecture, turned the temple into a unique work of art. Its skyward spires are a symphony of spirit, capable of turning the most ardent atheist into a believer.

The temple is a hymn to engineering and extraordinary technical thinking, it is a grandiose structure for the glory of God and Man. The building is full of symbolism. Numerous sculptural groups illustrating the stages of the life of Christ carry a powerful emotional charge.

The Nativity of Jesus facade of the Temple, depicting the birth of Christ and the first, earthly part of his life, is very naturalistic and positive. This facade was built while Gaudi was still alive and for each sculpture there was a model – a very real person. Gaudi even took the models for the dead children sculptures for the Massacre of the Innocents scenes from the morgue of a nearby hospital for the poor (in which, by the way, the architect died).

The second facade – Passion of Christ was completed by Gaudi’s disciple – Domènec Sugraсes i Gras. The facade of the Passion contrasts with the cheerfulness and naturalism of the Nativity.

This facade was deliberately designed by Antonio Gaudi as very sketchy and almost devoid of decor. The sculptures on this facade are chopped, stylized, mournful and sometimes very scary. The third facade, Ascension of Jesus, is not built yet. The completion of the Church is planned for 2026 for the centenary of Gaudi’s death.

Barcelona is a very unusual city, which, despite numerous revolutions and wars, has retained an amazing architecture, striking in its unusualness, richness and somewhere even excessive decorativeness. A huge contribution to the city’s architecture was made by Antonio Gaudi, who for many years determined the style of the city and its face.

“Decorativeness is the beginning of architecture” – this motto Antonio Gaudi carried through his whole life, becoming the founder of the Spanish Art Nouveau, called “modernisme”.

We express our gratitude to the historian Victor Kushnerik, who organized excellent excursions in Barcelona for us and helped creating this material. 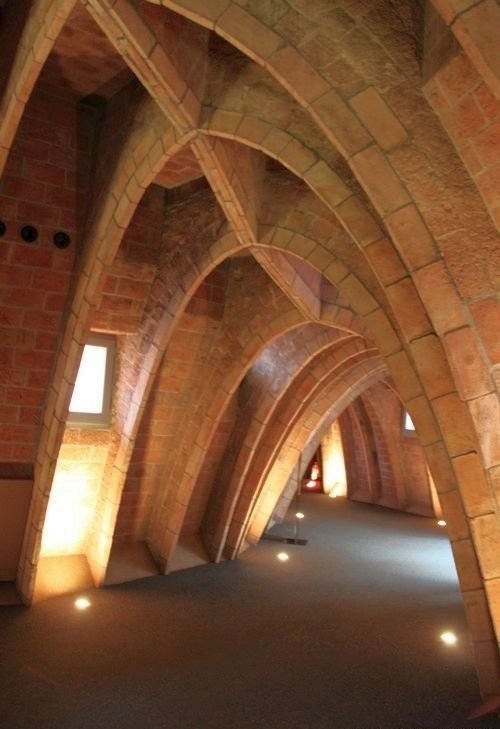 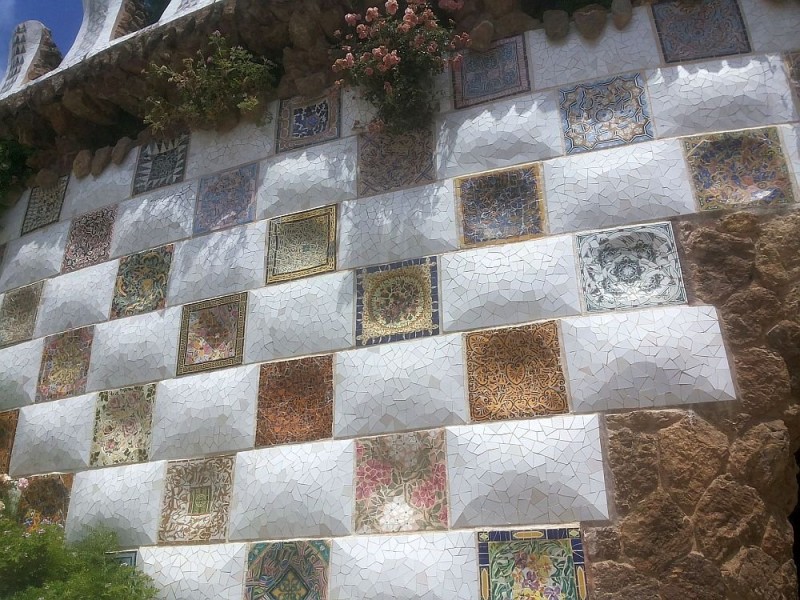 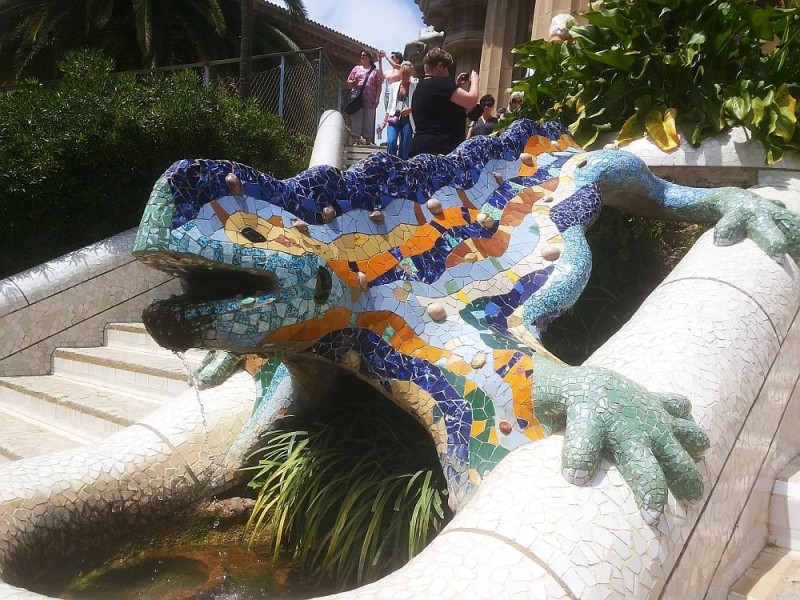 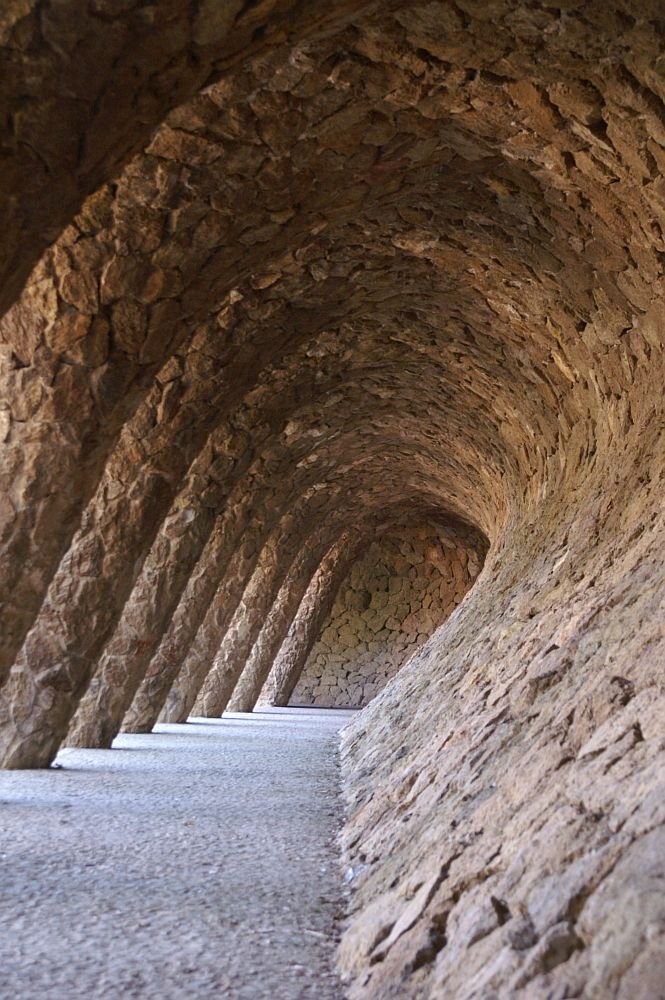 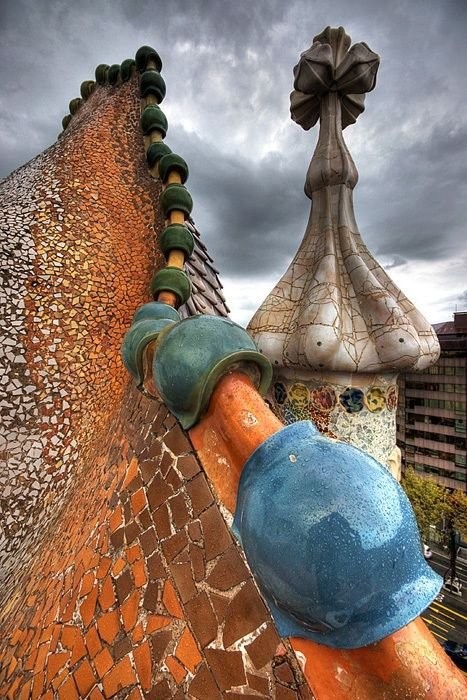 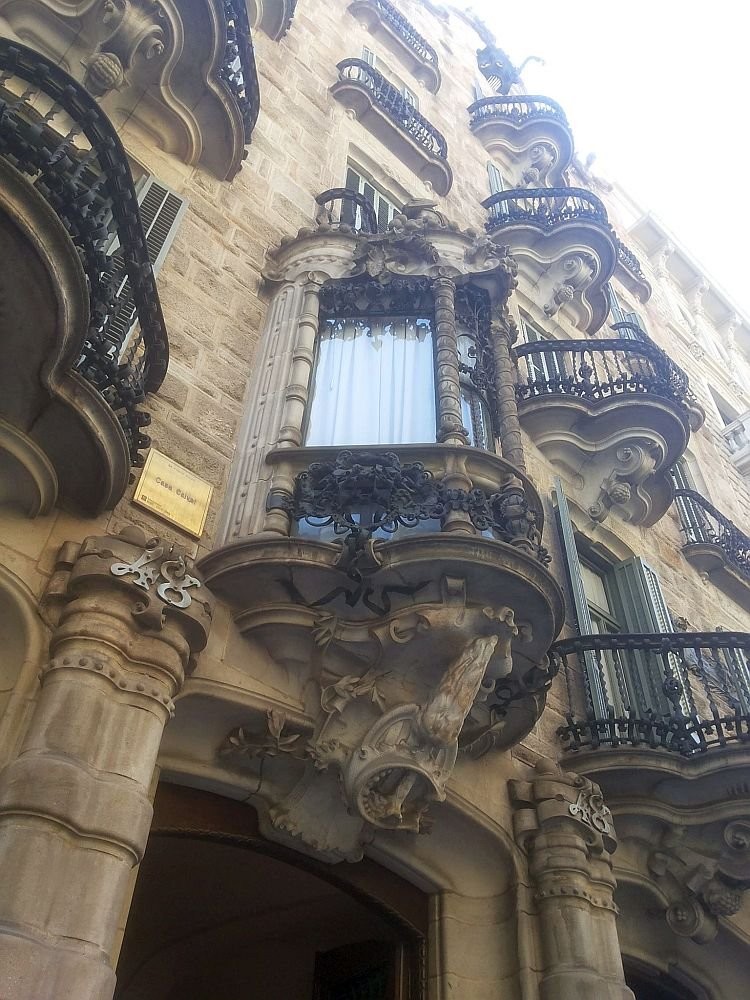 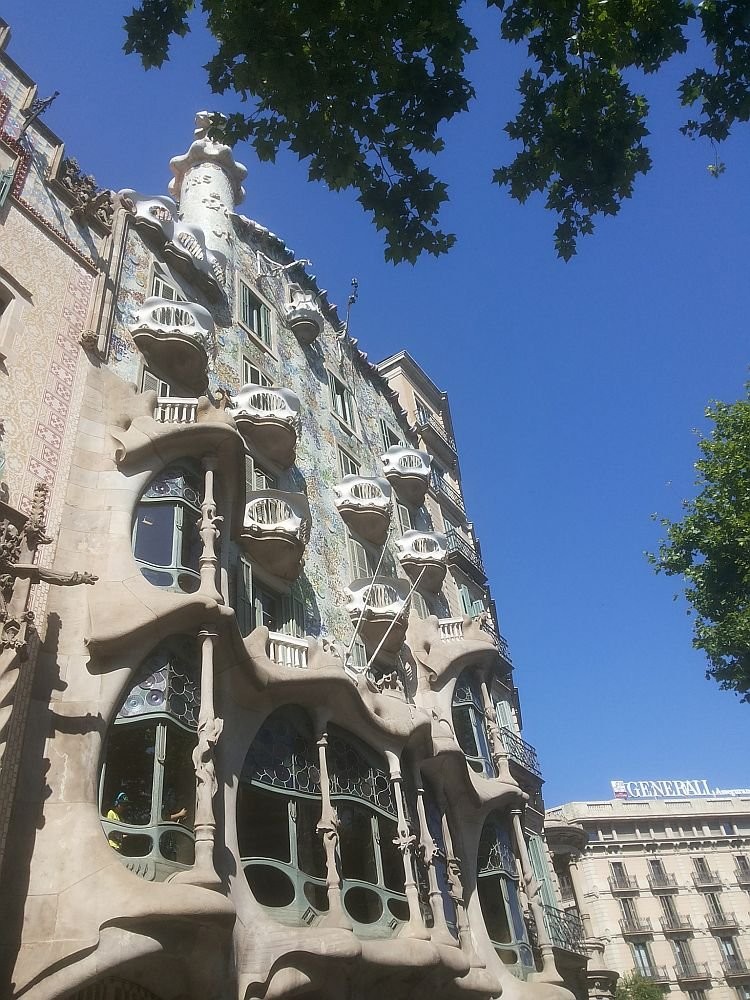 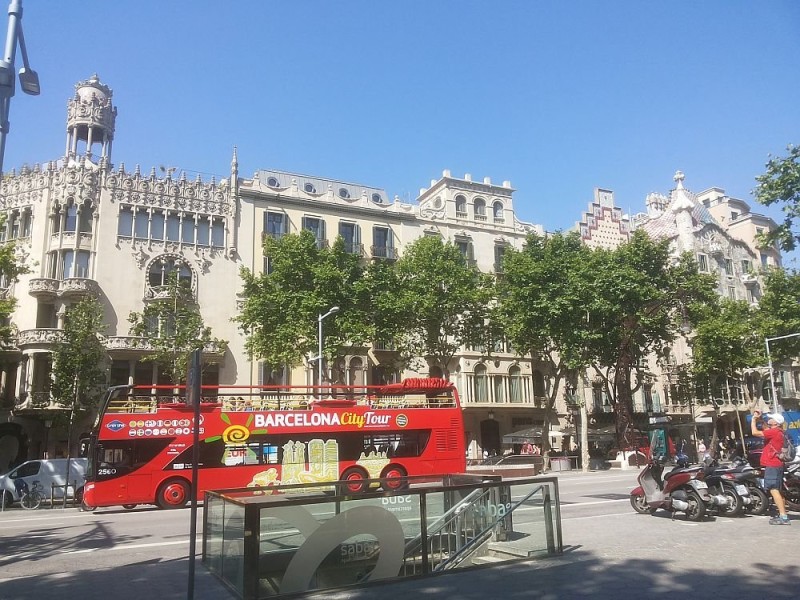 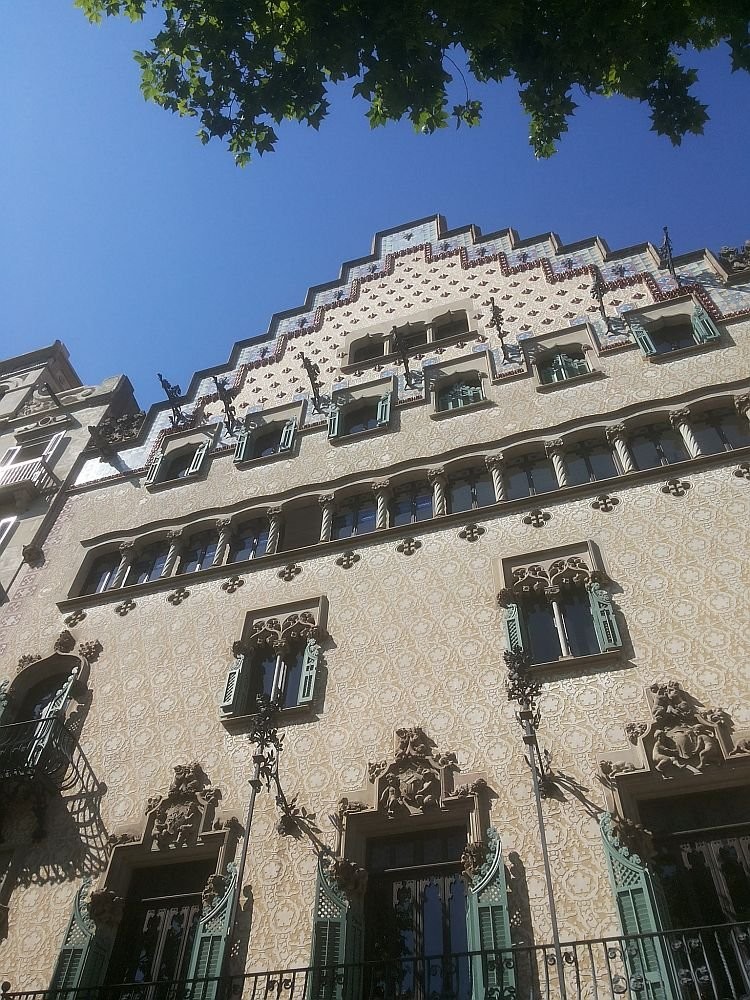 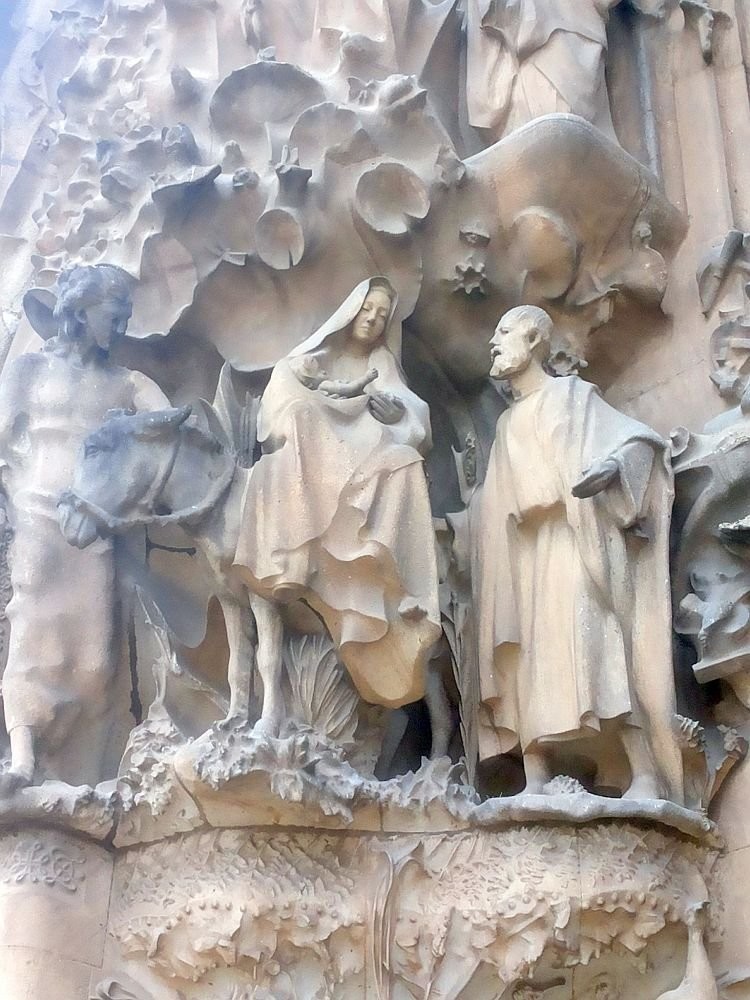 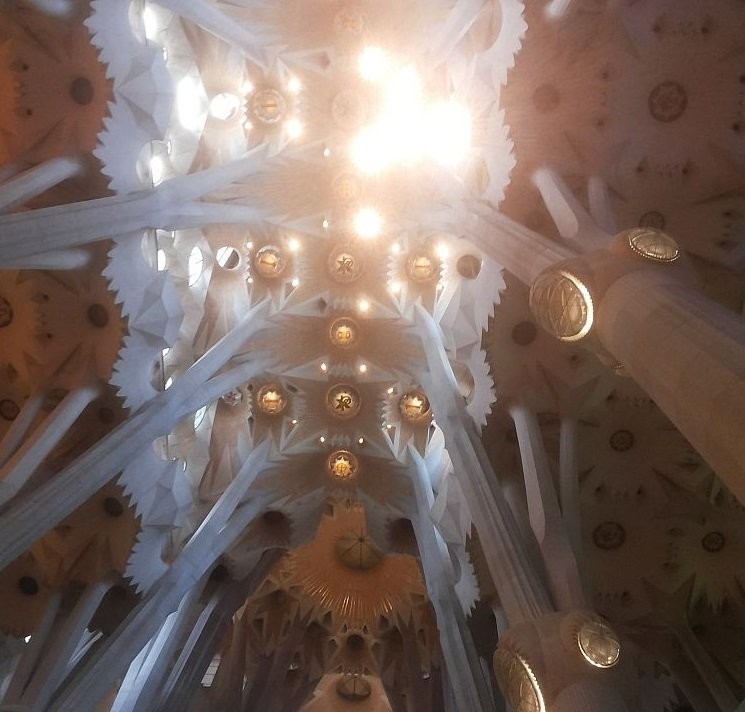