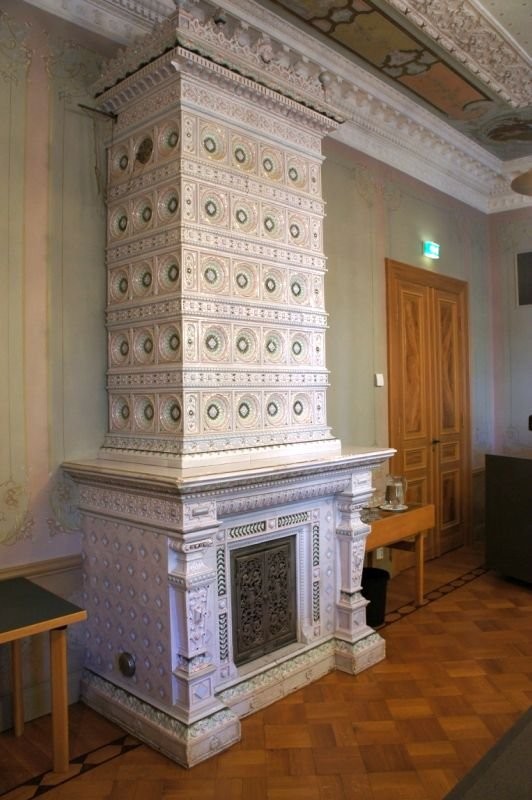 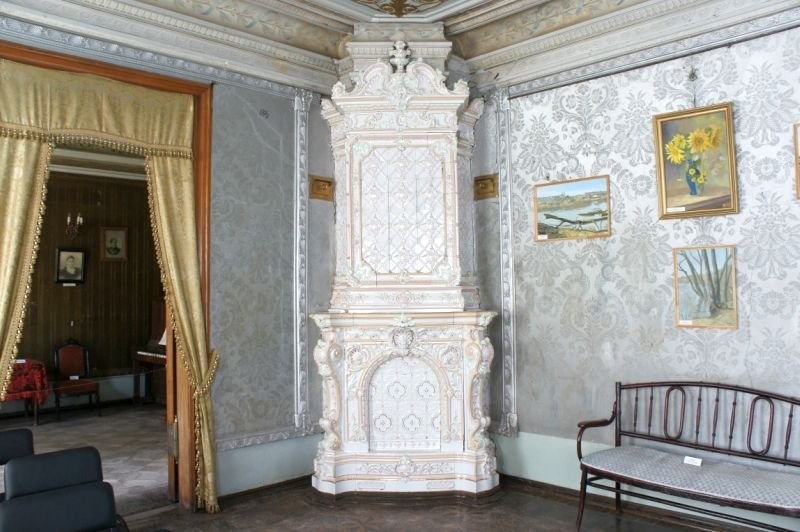 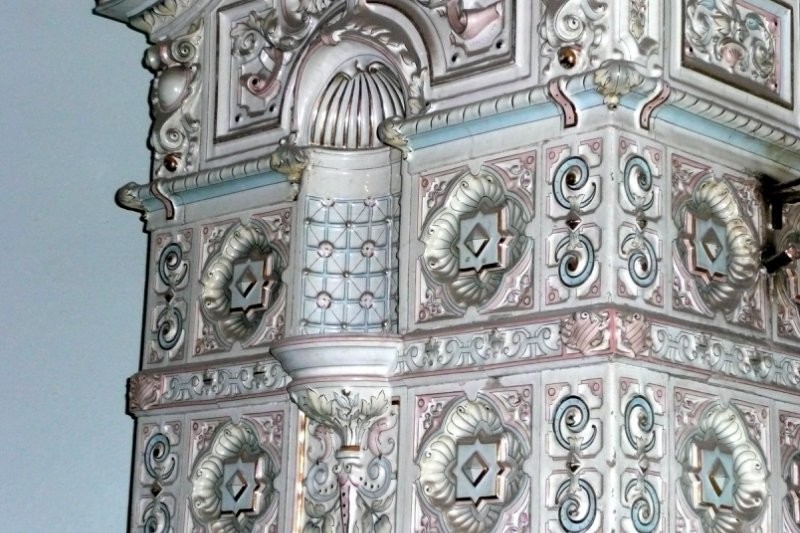 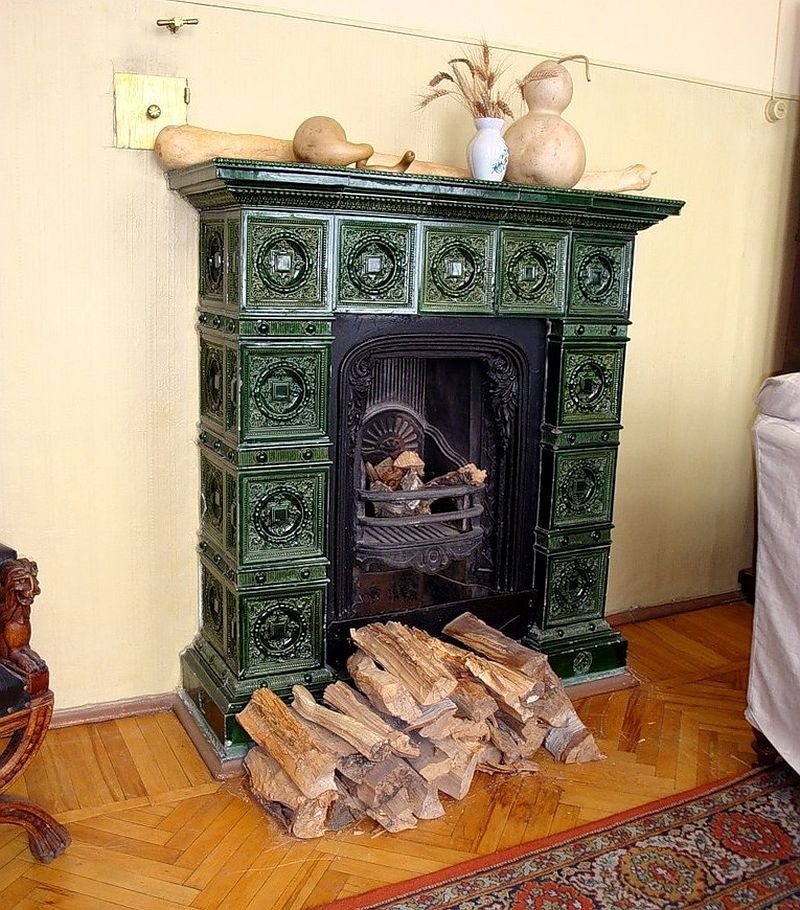 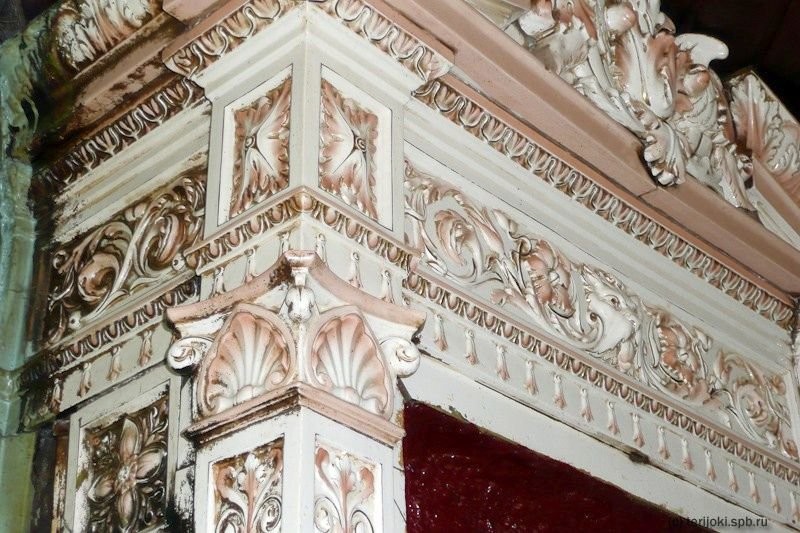 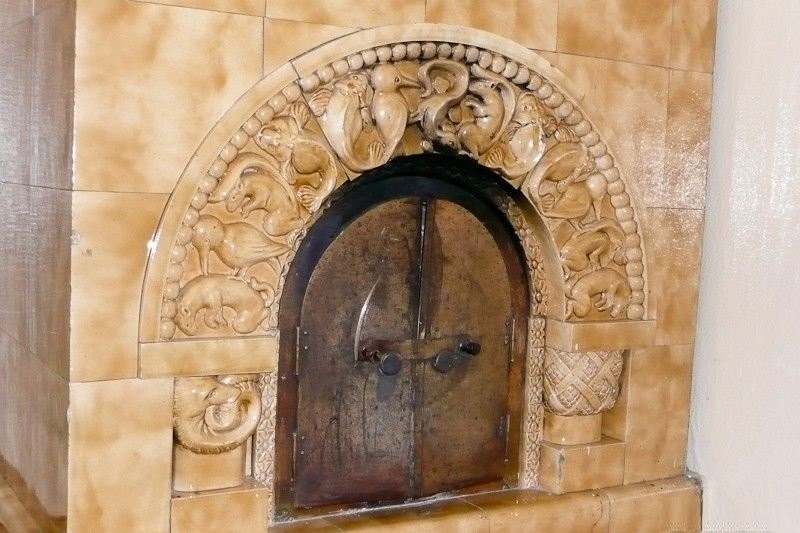 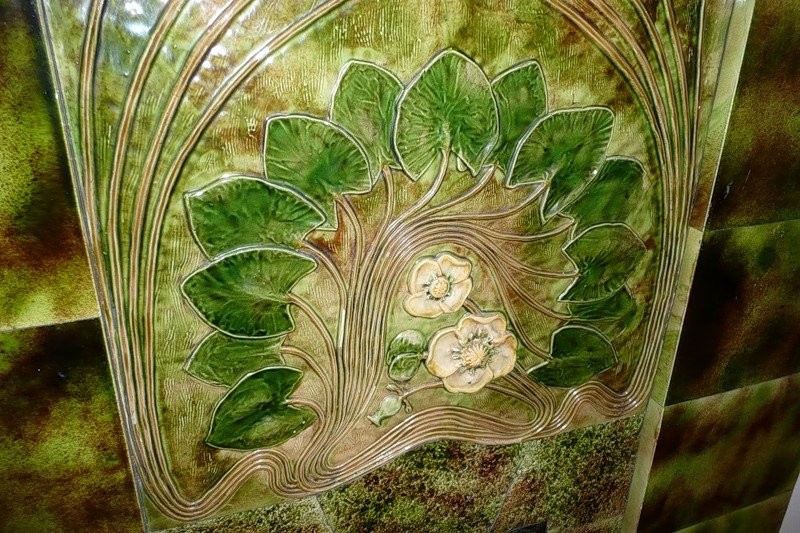 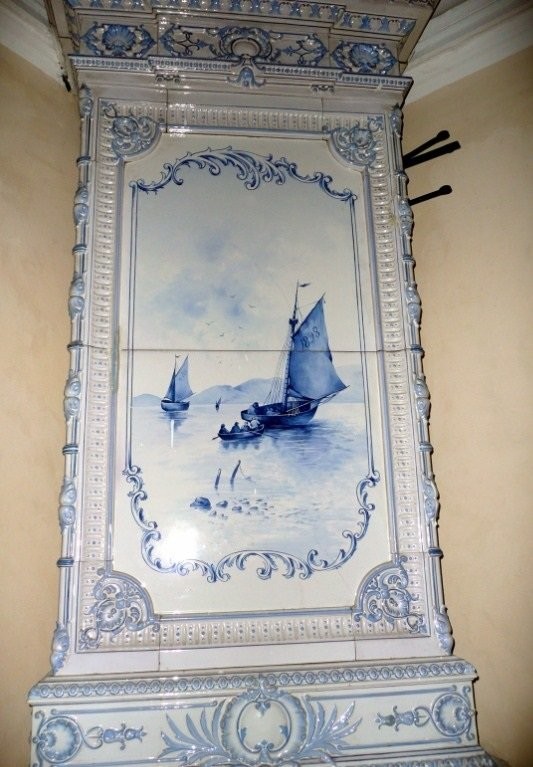 At the end of the 19th – beginning of the 20th centuries in Finland there were at least a dozen pottery factories producing art nouveau tiled stoves and fireplaces.

At the beginning of the 19th century, emperor Alexander I signed the Treaty of Fredrikshamn with Sweden on the ceding of Finland to Russia as the Grand Duchy of Finland with the rights of full autonomy and preservation of self-government and previous laws.

It should be noted that, as part of Sweden, Finland was in a state of a back country, the Finnish language did not have the status of the state language, and all the main government posts were occupied by the Swedes. Therefore, separatist sentiments constantly arose among the Finns, and they became especially strong during the reign of the Swedish king Gustav III (1771-1792).

Joining the Russian Empire was rather painless, and the already historically close ties of the Finns with the Russians were strengthened. However, the Swedes were not at all oppressed in the territory of Russian Finland, therefore, before the beginning of the 20th century, many enterprises were opened in Finland, including those of Swedish origin, actively operating in the Russian market.

The end of the 19th – beginning of the 20th centuries was accompanied by the flourishing of the Art Nouveau era in all European countries. Finland was no exception, giving rise to its own modern style of ‘national romanticism’.

In Finland there were at least a dozen pottery factories producing ceramics and majolica for stoves and fireplaces. A considerable part of them was produced for the Russian market and is found today in antique houses not only in the Leningrad oblast and St. Petersburg, but also to the south – in Moscow, Voronezh, Saratov, Penza and other Russian cities.

Of course, the state of these astounding tiled stoves leaves much to be desired, however, even now you can see how beautiful the play of majolica is, how interesting the shapes and reliefs in the Art Nouveau, Art Deco, Neo-Baroque or Neo-Renaissance styles are.

These tiled stoves are certainly art objects and are worthy of preservation and imitation, especially considering that many of them are designed by famous artists and architects.

St. Petersburg restoration artists Andrei Rodenkov and Konstantin Likholat, who devoted their lives to restoring ancient ceramics and wrote the book Vyborg Tiled Stoves published by Ostrov Publishing House in 2013, made a great contribution to the conservation of these furnaces.

But back to the Finnish tiled stoves.

One of the most famous Finnish plants was the Abo factory, formed by Swedish merchants Dopel, Dalstrцm, Jacobson, Junellius and Thornud in 1874.

This is one of the oldest Finnish manufactures existing to this day. The factory worked under its own name until 1943, after which it continued to exist as part of the Finnish company Partek.

During its operation, the plant produced so many tiles and facings for stoves that the name ‘Abo ovens’ practically became a household name. The reliefs of the Abo tiles are recognizable and can be found in many estates and palaces. In particular, in Vilnius, in the Vileišis Palace, stoves manufactured by the Abo factory were installed; and we have cladded a stove with tiles made in the form of Abo historical reliefs.

The second, no less famous plant of the existing ones today is the Arabia pottery factory, created as a branch of the famous Swedish factory Rцstrand in 1873.

As a branch of the Rцstrand factory, it existed until 1974, and now produces faience and porcelain dishes.

Another pottery factory by Gabriel Wilhelm Andsten was founded in 1842. Numerous fireplaces and stoves in Finnish and Russian cities are lined with the plants produce. Closed in 1922.

We haven’t listed all Finnish manufacturers of tiled stoves – there were many more. These are only the largest of them, whose works have been preserved in the best way and can be seen live in private houses and public premises in Finland, Russia, Belarus and the Baltic countries.

Unfortunately, modern Finnish manufacturers specialize mainly in soapstone or stone fireplaces and practically do not produce tiled facings for stoves and fireplaces. 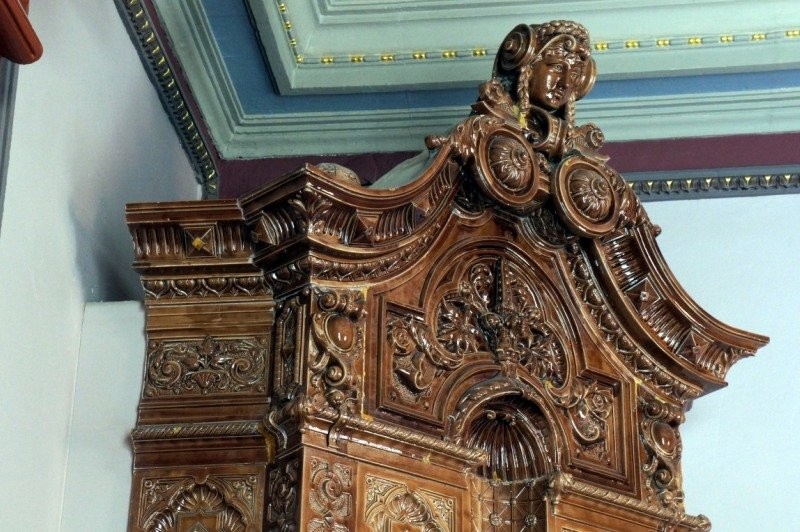 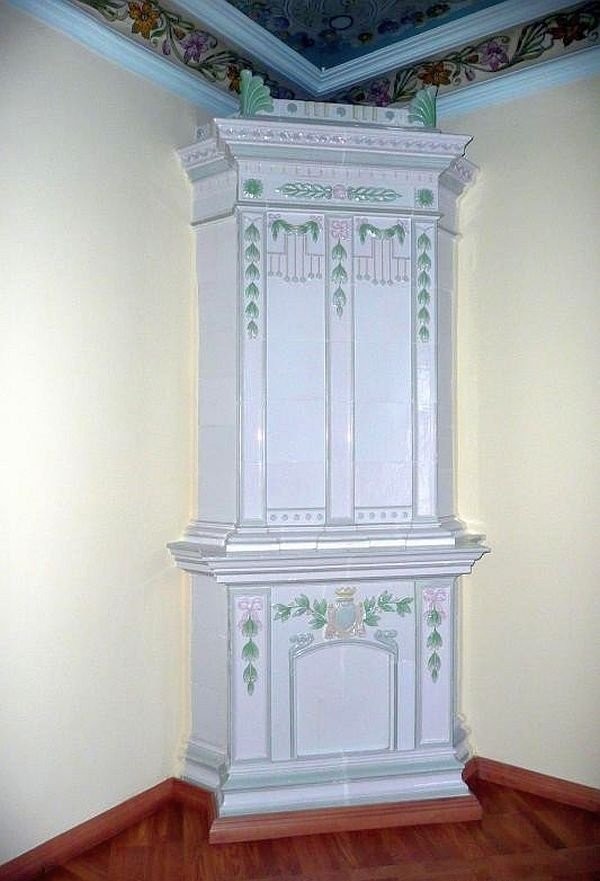 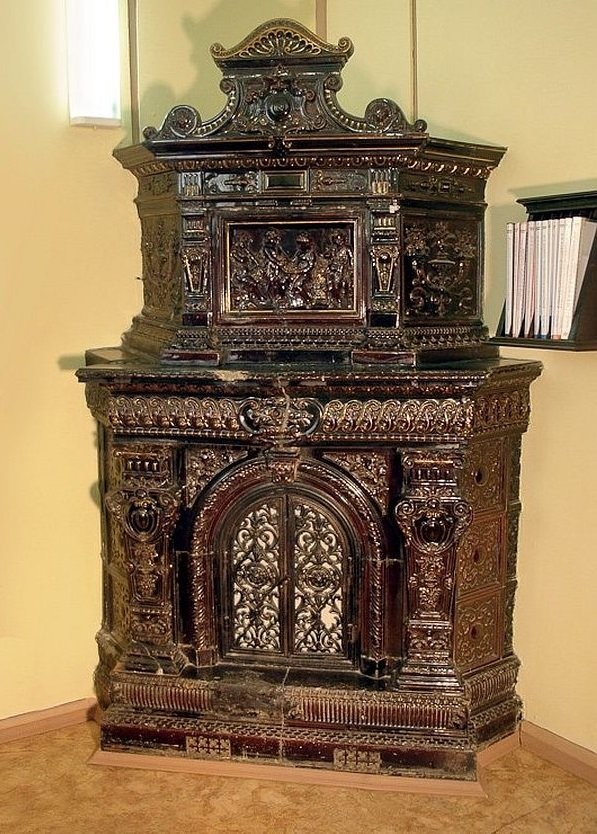 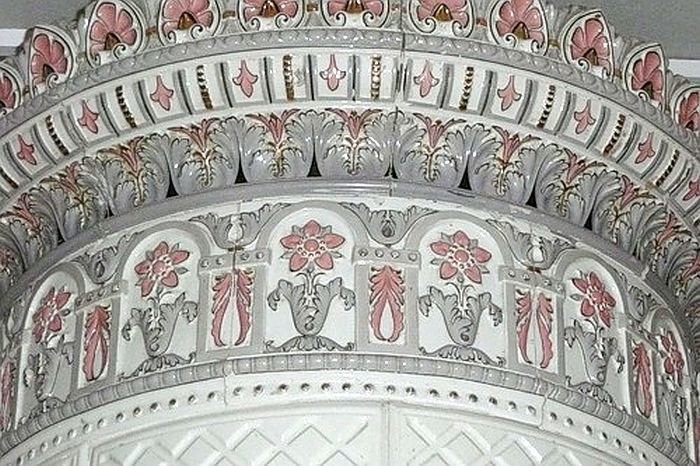 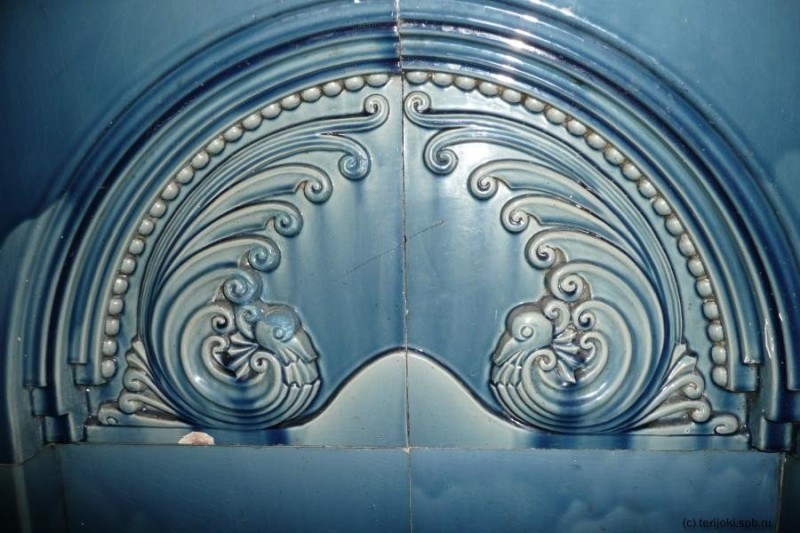 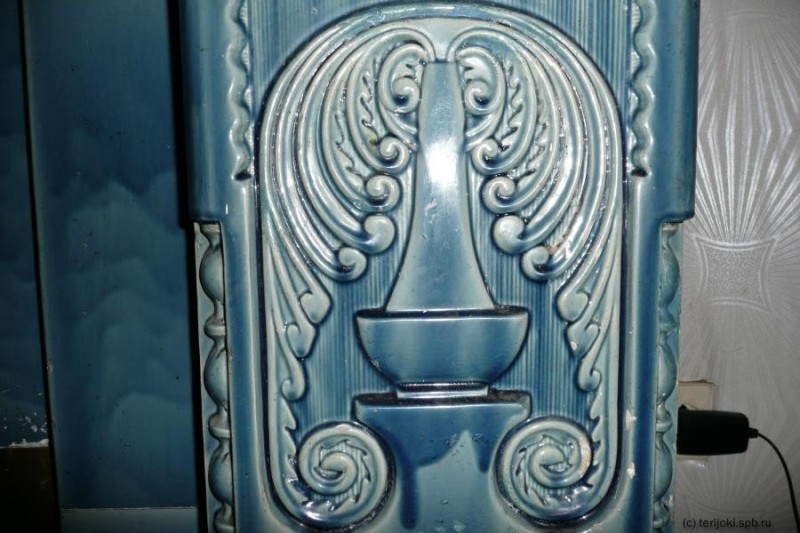 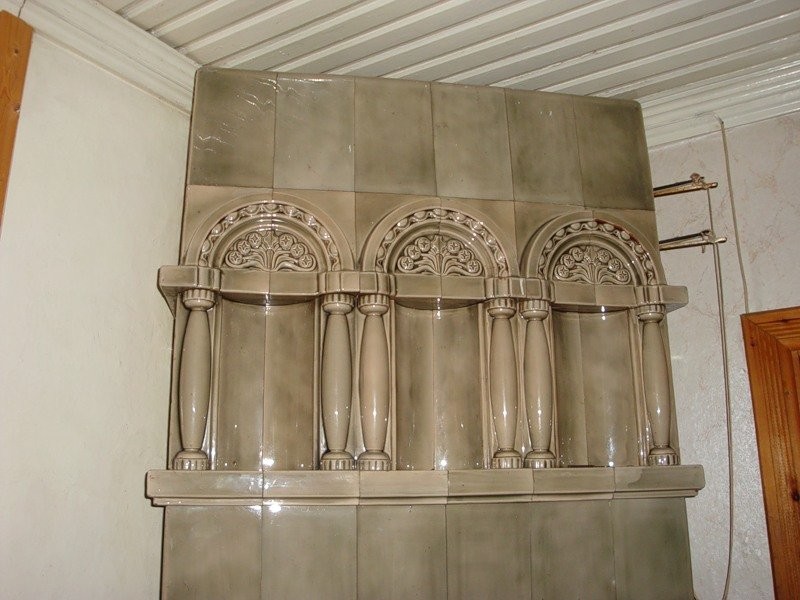 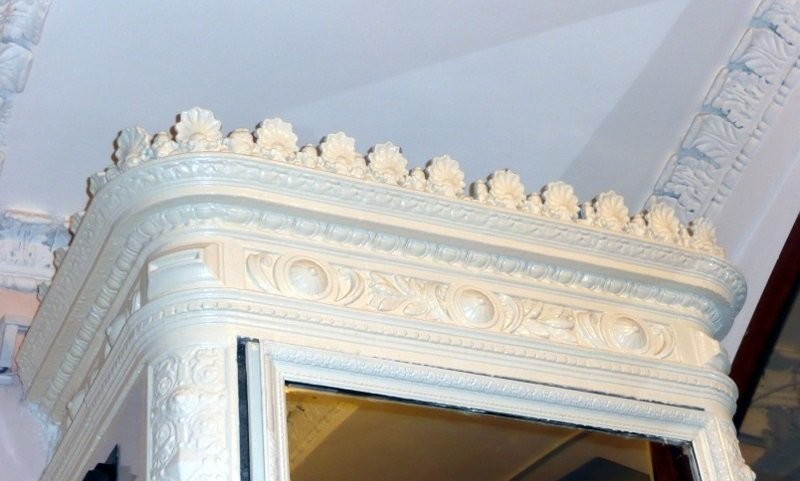