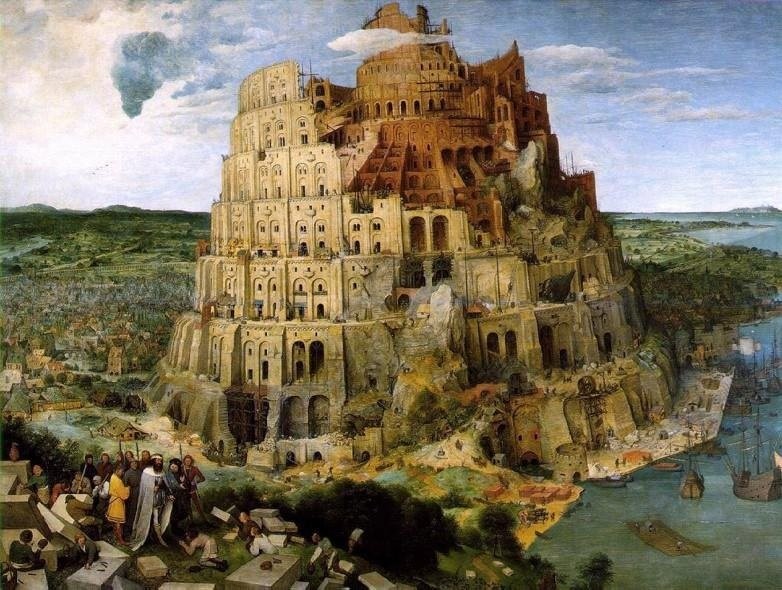 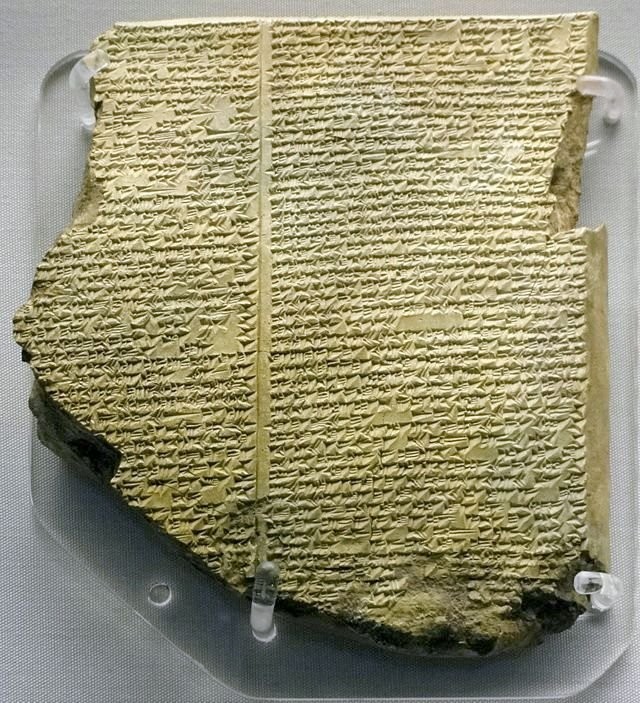 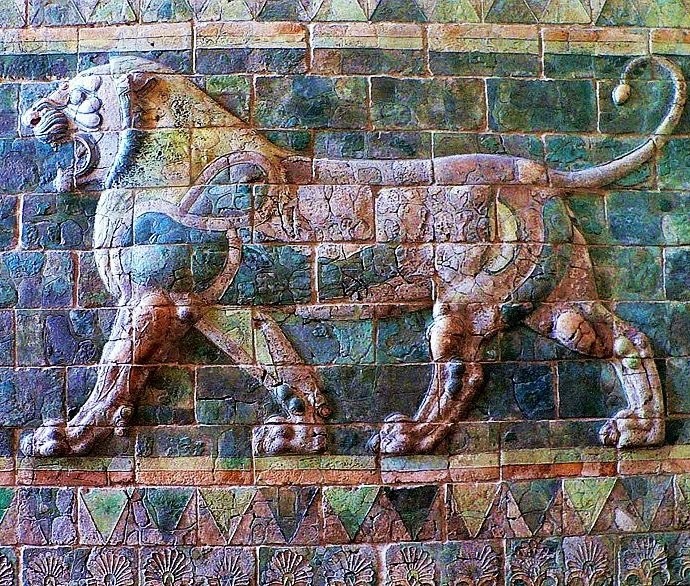 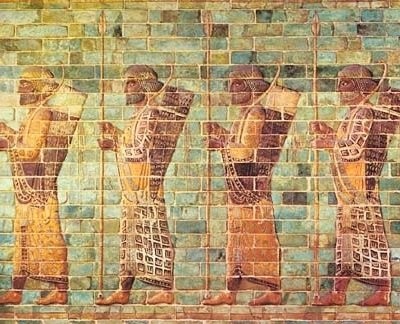 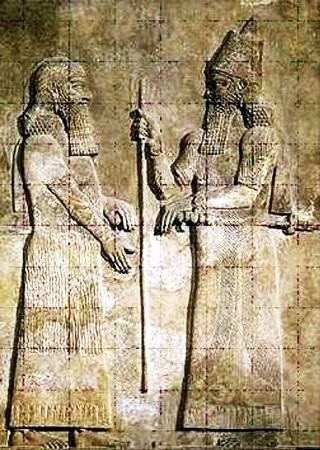 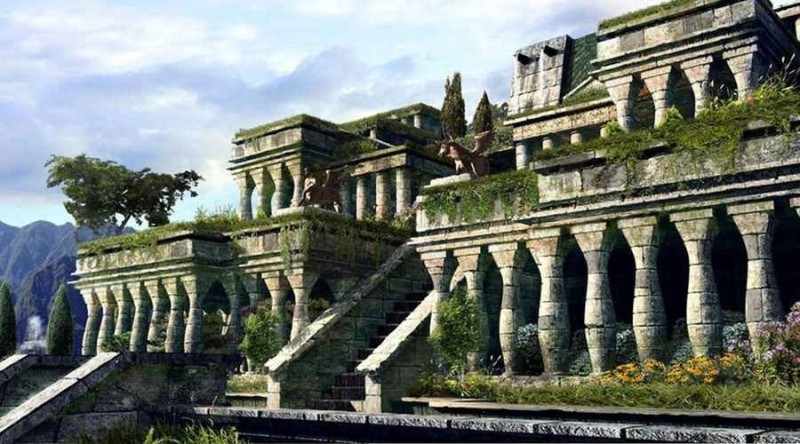 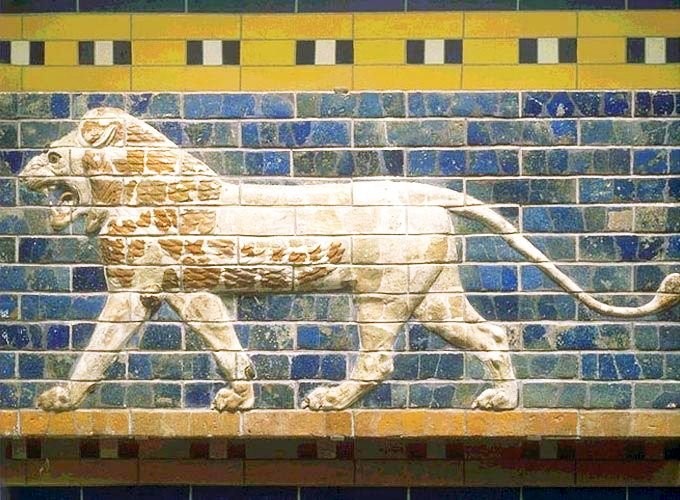 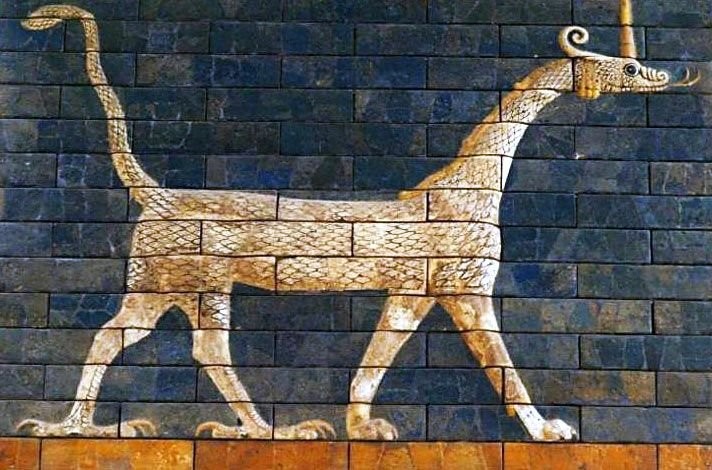 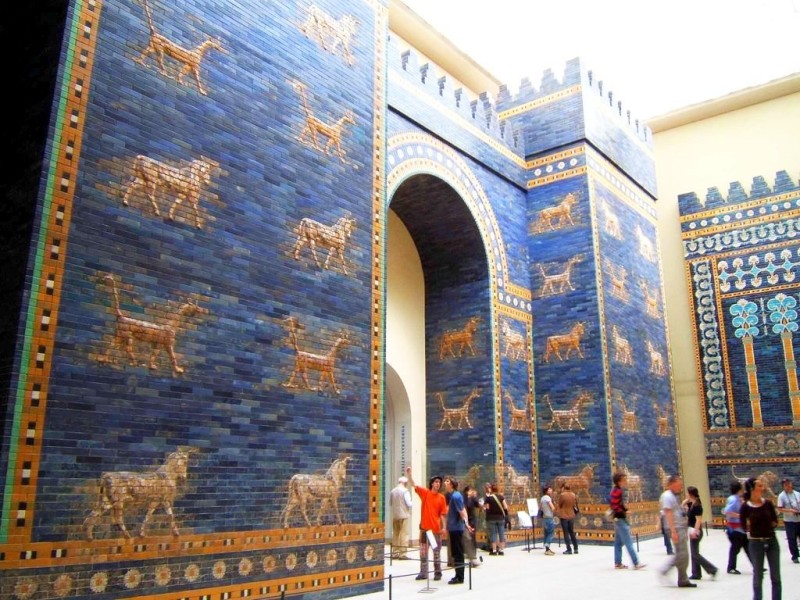 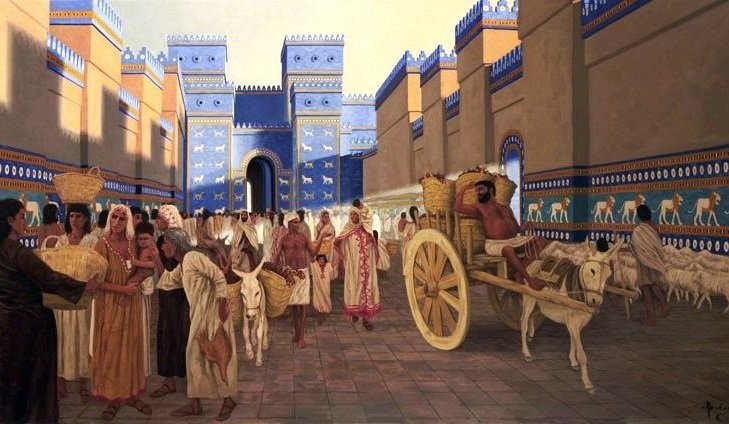 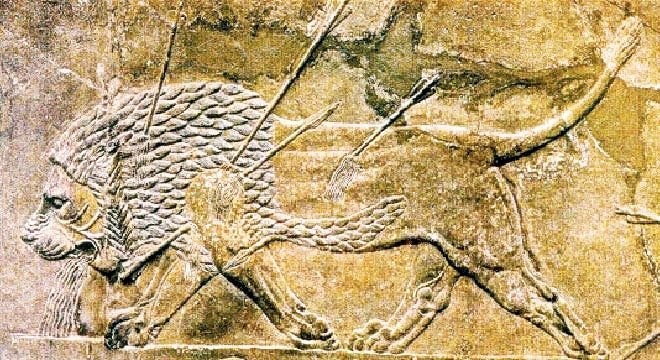 Ceramics of Babylon. When we wrote our material on Arabic ceramics, which truly became the mother of modern ceramic art and majolica, we could not help but pay attention to even more ancient ceramic works of Mesopotamia, the Sumerian civilization that existed in the territory of modern Iraq for more than two and a half thousand years.

Unfortunately, little is left of them, but ceramics of Babylon found during excavations by Robert Caldeway’s expedition in the late 19th – early 20th centuries eloquently testifies to the power and beauty of a long gone civilization, makes you think about the frailty of all things and be sad that the modern civilization will leave behind even less evidence of its existence.

It can be said that our practical knowledge of the Sumerian civilization can be owed to ceramics of Babylon and, in particular, to Ashurbanipal’s library made entirely on clay tablets with cuneiform texts and numbering more than 25,000 tablets.

During the Babylonian reign, Mesopotamia reached its peak and, at the same time, it’s fall under the onslaught of the Persians.

Babylon is a city that had long been considered a figment of ancient historians’ imagination. Until the excavations at the end of the 19th century, the city was considered a symbol of human arrogance invented as a warning and edification to descendants.

The ancient Greek historian Herodotus wrote that the largest temple in Babylon rushed two hundred meters in height, had five terraces, and on its top was built a chamber with a golden bed prepared for God who was to descend from heaven. The walls around Babylon stretched to 18 kilometers, and their width was such that a chariot drawn by four horses could pass on them.

Herodotus described the Hanging Gardens of Babylon, one of the wonders of the world, as the most complicated engineering structures consisting of a system of terraces and blocks with a volume reclamation complex, where food and water for plants were supplied artificially using complex devices, analogues of modern pumps.

And despite the descriptions of such quality and rich detail, Babylon was still considered a fiction, and ancient historians were deemed as visionaries. Until German scientist Robert Koldewey discovered the remains of the legendary city making its existence a real fact.

Robert Johann Koldewey (1855-1925) was a German architect and archaeologist who confirmed the existence of the biblical Babylon.

Excavations lasted for 19 years, and perhaps they were one of the most expensive operations, since almost two million marks were spent, a gigantic amount for the end of the 19th century.

During the excavation, the Babylonian walls were discovered, the length of which exceeded 90 kilometers. What size was this ancient city, if the length of the Moscow Ring Road is not much more, approximately 109 kilometers? How many people lived in this city?

What’s more – ceramics of Babylon – all these walls were built of bricks, only a small part of which was not burnt. To produce such a quantity of bricks more than 200 plants were needed with a productivity of at least 10 million bricks per year.

But Mesopotamia did not have sufficient fuel for the operation of so many pottery kilns. How were these 2.5 billion bricks made? And this is another undisclosed secret of the ancient masters.

Scientists suggest that the construction of the Babylonian walls would be completely unrealistic without the participation of Babylon’s priests, who possessed the knowledge of physics sometimes superior to that of modern people.

In particular, biconvex glass lenses were known in Mesopotamia no later than the eighth century BC, and already in the fifth century BC, the Hellenes used copper mirrors in the form of a paraboloid, which to this day are the most effective solar energy concentrators.

In 1973, Greek physicists conducted an experiment in which solar reflections of seventy polished copper shields were simultaneously directed to a model of an ancient Roman ship and after a few seconds it caught fire.

One can only guess whether such technology was applied here or some other, but the available information about Mesopotamian pottery kilns makes it very clear that the manufacture of such a volume of ceramics using said kilns would have stretched for centuries and Babylon would have hardly been built.

In addition to brickwork, the Babylonian walls were covered with ceramic tiles of blue, green and yellow colors with relief animal images. Although this technology is known to modern masters, given the lack of fuel in Mesopotamia, it still causes fierce debate in academic circles, because it is still not clear how exactly such an incredible number of ceramic tiles was fired, and the annals from the cuneiform library of Ashurbanipal mention nothing about ceramics of Babylon.

But even more than the walls of the fortress, the world was struck by Koldewey’s expedition’s discovery of the Road of Death, or the road of Marduk. In essence, the road was a giant ravine in its structure, paved with polished slabs framed by smooth walls and clad with ceramic tiles with blue glaze and images of one hundred and twenty relief lions more than two meters tall.

Then there were dragons, horned crocodiles, dogs with a scaly bodies and clawed bird legs. There were more than five hundred images in total. The road led to the gate of the goddess Ishtar (or Inanna).

But Marduk did not grant eternal life and the Babylonian civilization fell under the onslaught of less developed, but more ardent and militant Persians. 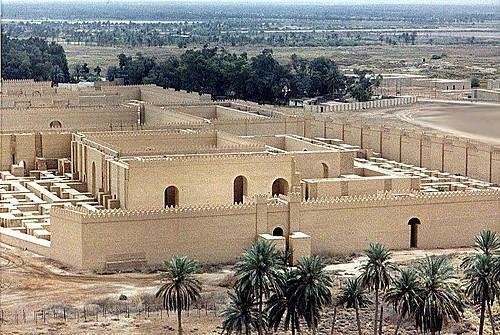 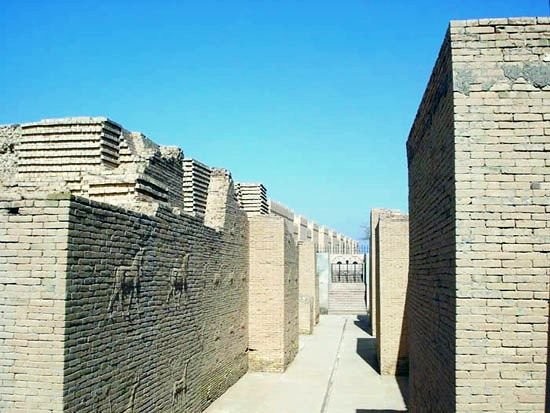 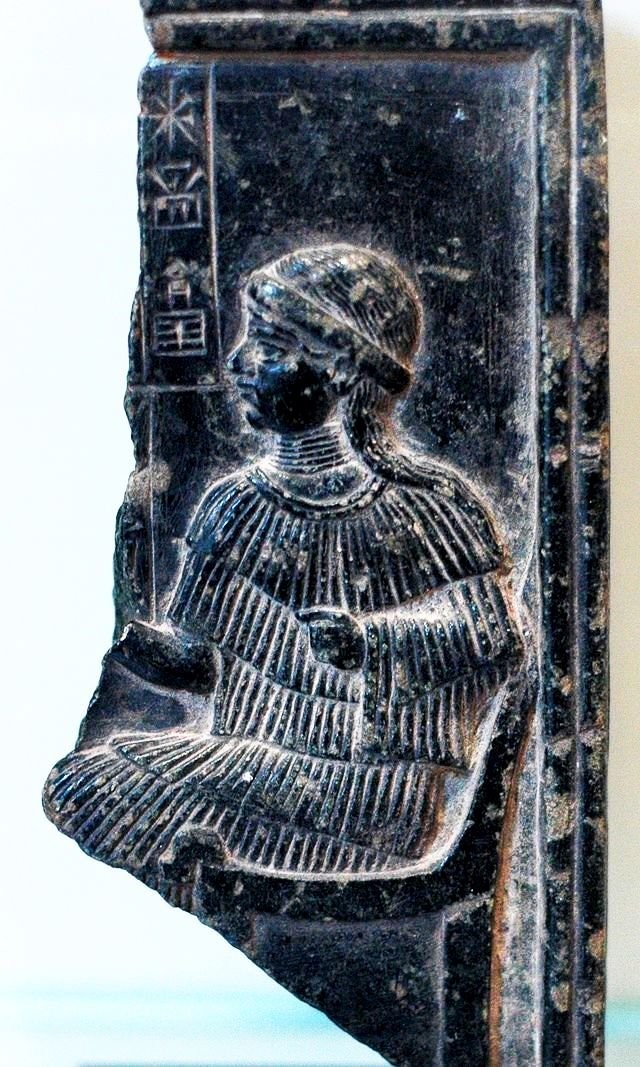 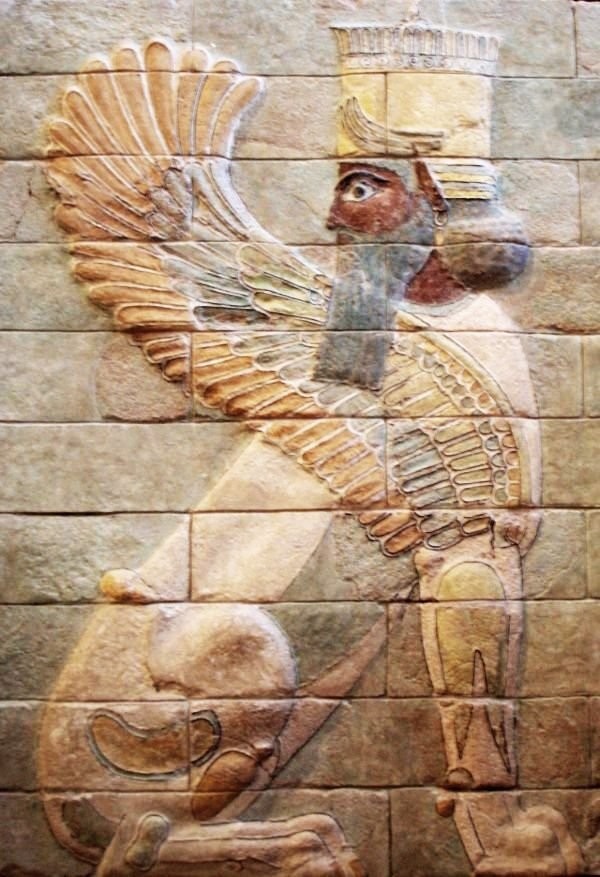 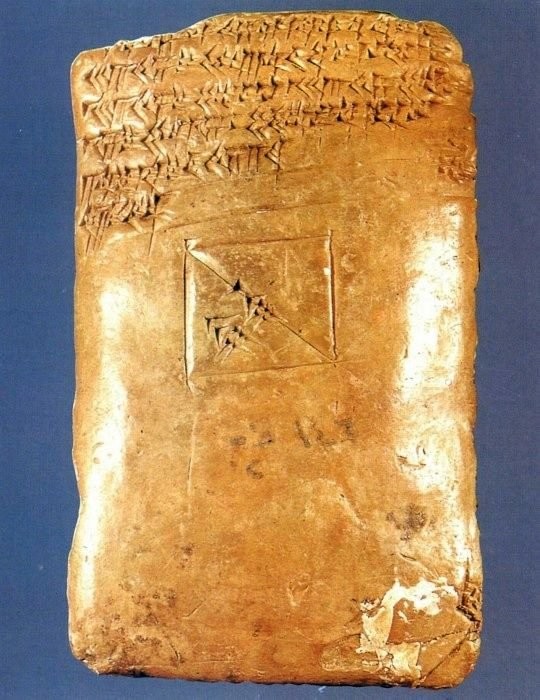 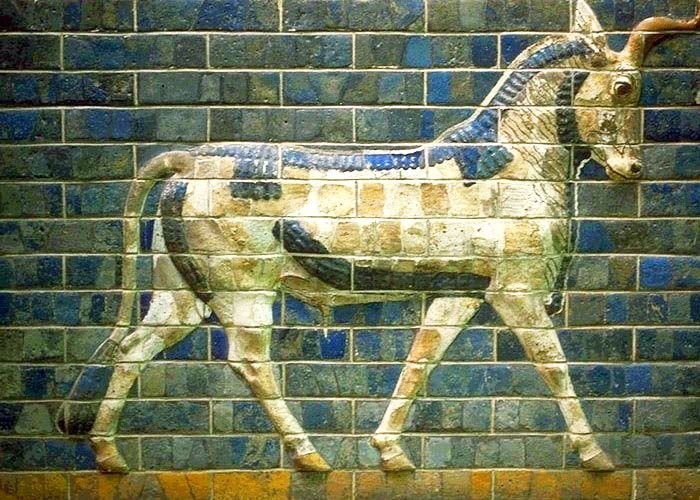 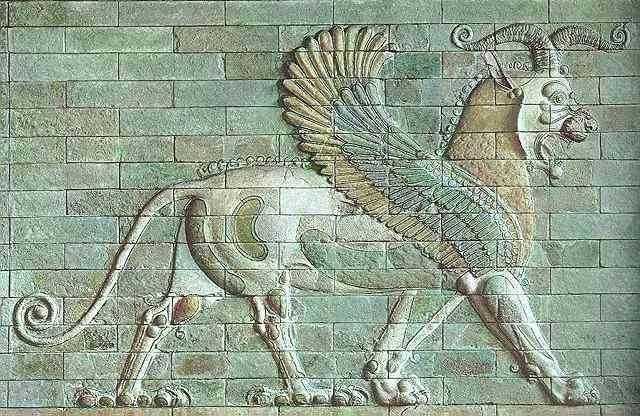 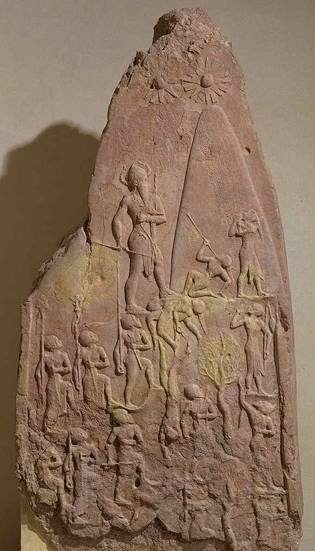