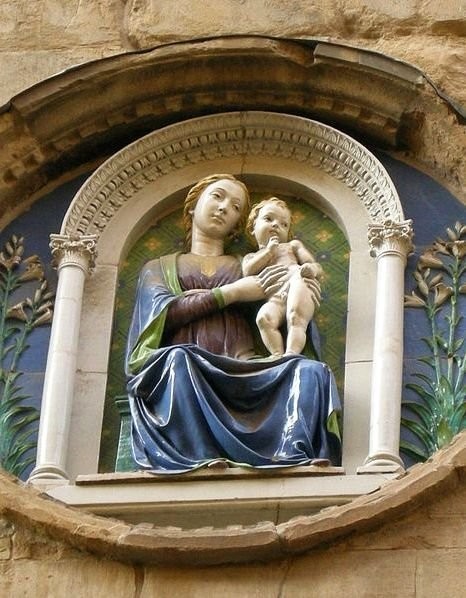 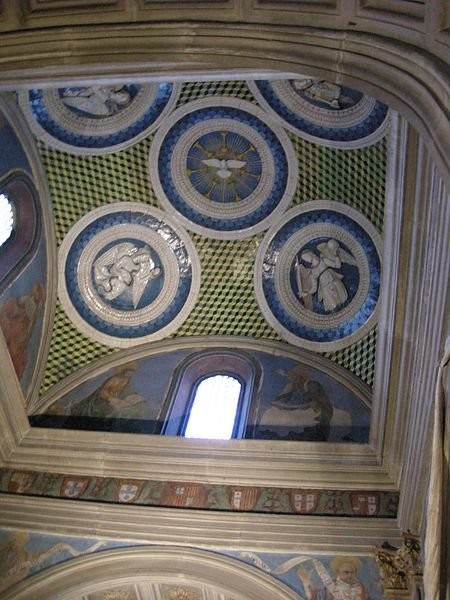 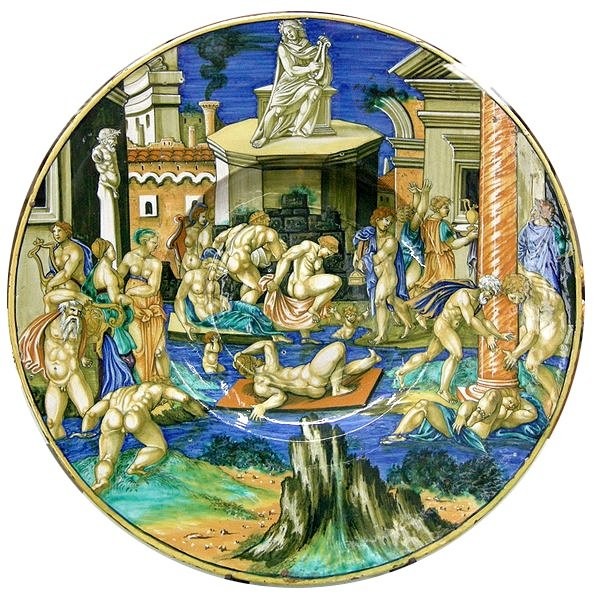 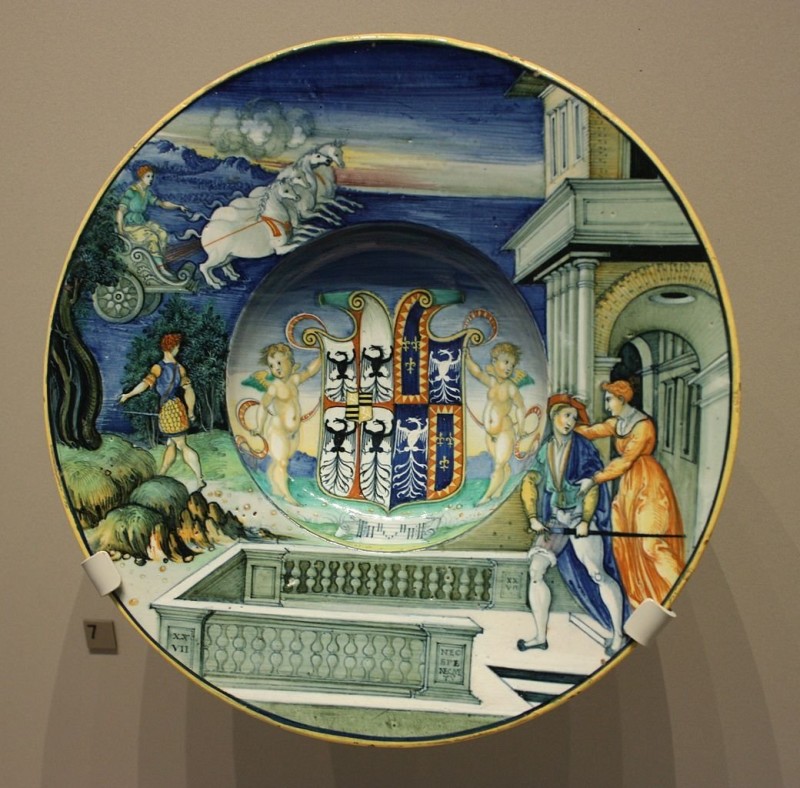 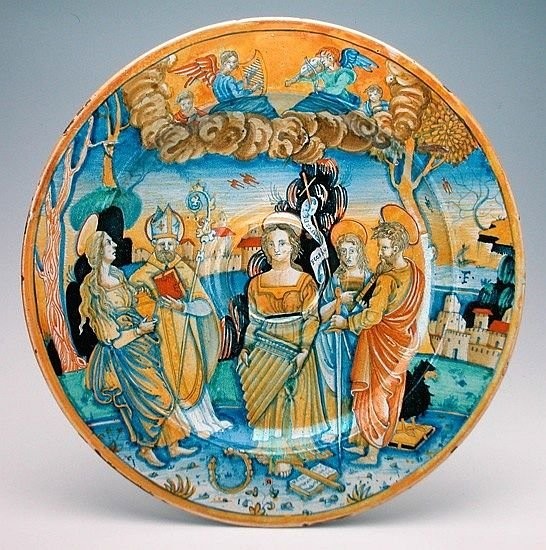 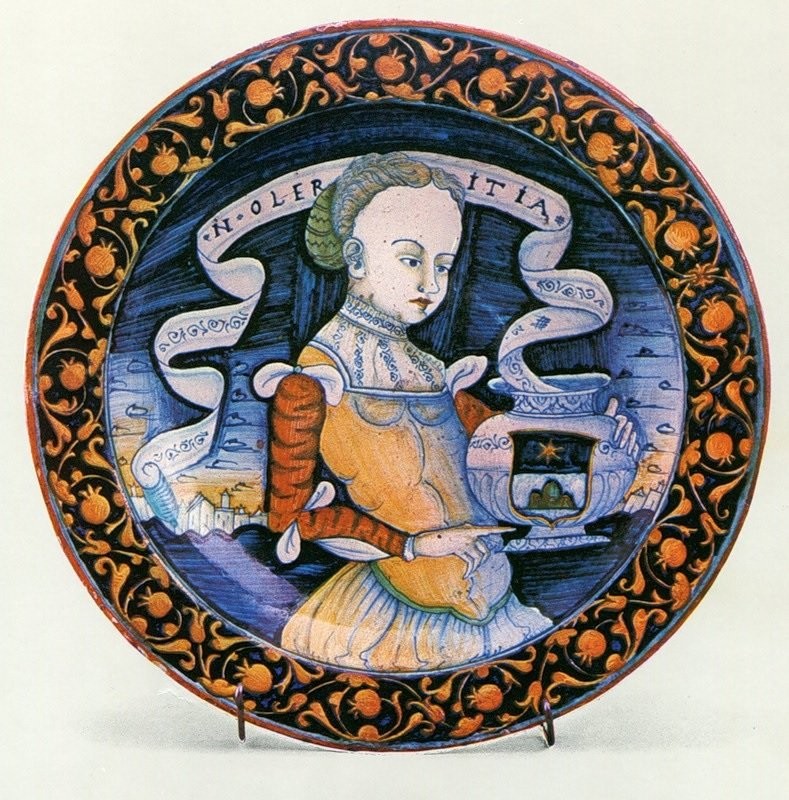 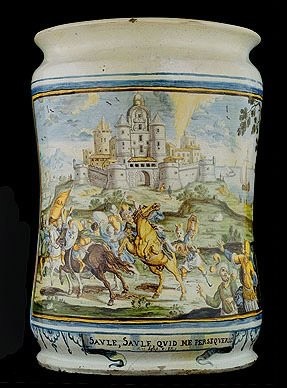 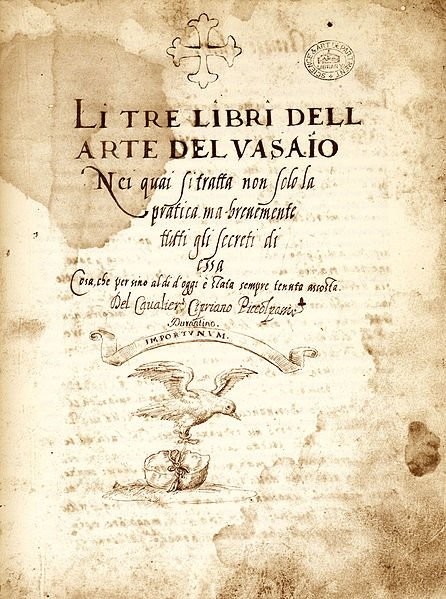 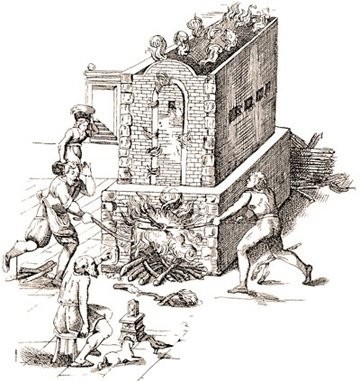 The concept of majolica in our minds is strongly associated with Italy, although it is a known fact that the word itself came from the name of the Spanish island of Mallorca, from where glazed products from Spain were brought to Italy. In general, Italians, like other Europeans, began to use glaze in their ceramics much later.

It was only in the 15th century that the first majolica works of local origin began to appear, when Italians found ways to glaze their ceramics and improved them. The first Italian majolica dates back to the Early Renaissance, the Quattrocento period.

Luca Della Robbia (1400-1482). a sculptor, ceramist and jeweler of the Italian Early Renaissance.

The work of the outstanding ceramist Luca Della Robbia dates back to this period. He was the first in his dynasty of artists who began to successfully use the art of polychrome glazing of terracotta.

In the classical sense, italian majolica is terracotta ceramics coated with tin oxide glaze. The technique of Della Robbia suggested adding not only tin oxide, but also oxides of other metals to the glaze, which expanded the range of colors and effects. Since the ceramist Della Robbia was both a sculptor and a jeweler, he began to create terracotta reliefs, which he then covered with his new glaze.

Considering the increased durability of this coating and the presence of metallic luster in it, the majolica by Della Robbia began to be used not only in interiors, but also on building facades, as well as in dark rooms. In this way, metallic spangles in the glaze refracted light, so that even a small amount of it was enough for the sculpture to begin to glow in the dim light.

Under his leadership, the company began to produce copies of the most popular ceramic compositions, which were supplied to many countries in Europe. The production of architectural parts using molds was organized.

The works of the Della Robbia family was the first symbiosis of painting and sculpture; this fusion of both arts found great esteem and success. Their works, such as refined Madonnas, portraits and busts, plot compositions, are comparable in beauty and expressive power with the works of major Renaissance artists – Donatello, Verrocchio, Filippo Lippi.

Meanwhile, the Italian Renaissance entered the Cinquecento period – the period of the High and Late Renaissance, when the great Leonardo da Vinci, Michelangelo and Titian (Tiziano) worked and created. The Italian majolica of this period is consistent with the outstanding masters of its time.

Francesco Xanto Avelli Do Rovigo (1486-1542), a Venetian ceramist and poet of the Italian Renaissance.

Francesco Xanto Avelli Do Rovigo is an artist of whom little is known, except that he created a completely unique majolica painting and took part in the creation of the first union of ceramicists in Italy.

He signed his works with the acronym FXAR and they all date from 1530 to 1540. The artist’s earlier works, which for many reasons can be attributed to his legacy, are not identified in any way and the reasons why he began to sign his works at some point are not known for certain. Perhaps this is somehow connected with his participation in the trade union movement, which was why he began to experience problems with employment and was forced to start working independently. After 1542 nothing is known about him.

Nicola da Urbino was the first to introduce the new istoriato style into majolica. The style repeats the traditions of painting of that period and is characterized by a detailed depiction of one scene, usually having a biblical or secular plot, on ceramics.

Nicola’s ceramic paintings often depict scenes from medieval novels or ancient classics. For example, he illustrates Ovid’s Metamorphoses on ceramics. However, he does not just copy black and white drawings of book graphics, he transforms them so that they are filled with plasticity, vitality and movement.

Later, he moves from book graphics to painting based on Raphael’s compositions.

“Raphael of majolica, who created the classic High Renaissance style in ceramics,” Timothy Hugh Wilson, a professor of art at the University of Oxford specializing in the art Renaissance, wrote about Nicola da Urbino.

One cannot fail to mention the artists from Faenza who worked in the istoriato style, among which Baldassar Manara, who used dishes as a canvas for his work, was especially notable, often with invented plots resembling works of painters.

It should be noted that Faenza is still the center for the production of italian majolica and this city gave the name ‘faience’ to ceramics made of kaolin clay, akin to porcelain, actively imported by Italian merchants to medieval Europe from Faenza.

The traditions of illustrating literary works on ceramics was continued by another artist from Deruto – Giacomo Mancini El Frate. He also worked in the istoriato style and made many majolica paintings based on Ovidian and biblical stories on dishes.

And of course, one cannot forget about Cypriano di Michele Picopasso, an outstanding ceramist who created the literary work Three Books of the Potter’s Art, which is a storehouse of information on the majolica technique from choosing clay, to its preparation, improvement and shaping the body of the product, to glaze compositions and obtaining the right colors.

The treatise was written in 1548 from the practical experience of the Picopasso workshop at the request of cardinal Francois de Tournon, who probably planned to use it to improve the quality of French faience.

However, it was first published only in 1857, having stayed unclaimed for more than 300 years. This work is considered the most important documentary source of Renaissance ceramic technology.

It was in it that the first mention of the recipe for Neapolitan yellow glaze, called ‘zalulino’ in the treatise, was found.

Its invention dates back to 1547 and to produce it “it is necessary to heat a mixture of lead, antimony, wine yeast and salt”.

The manuscript was enriched with drawings of typical decorative motifs of that period. The treatise was acquired by the library of the Victoria and Albert Museum and reissued with photographs in the form of a reprint.

Italian majolica is on par with all these types of art, it complements, unites and transforms them all in the burning furnace of a pottery kiln, and rightly associates with Italy and the Italian Renaissance.

We specialize in the manufacture of majolica, and you can always order picturesque handmade murals made in the style of the Italian Renaissance masters from us.

You can see the amazing majolica works of contemporary artist Francesca Nicacci from Deruta in the style of the Italian Renaissance on this page.

And our tiles in the style of the Italian Renaissance, you can see here.

In addition, you can purchase our replicas of Italian majolica from the museum in Palermo. We not only repeated the drawings of real italian majolica tiles, but also made our tiles look old, imbuing them with craquelure and ‘historical scuffs’. 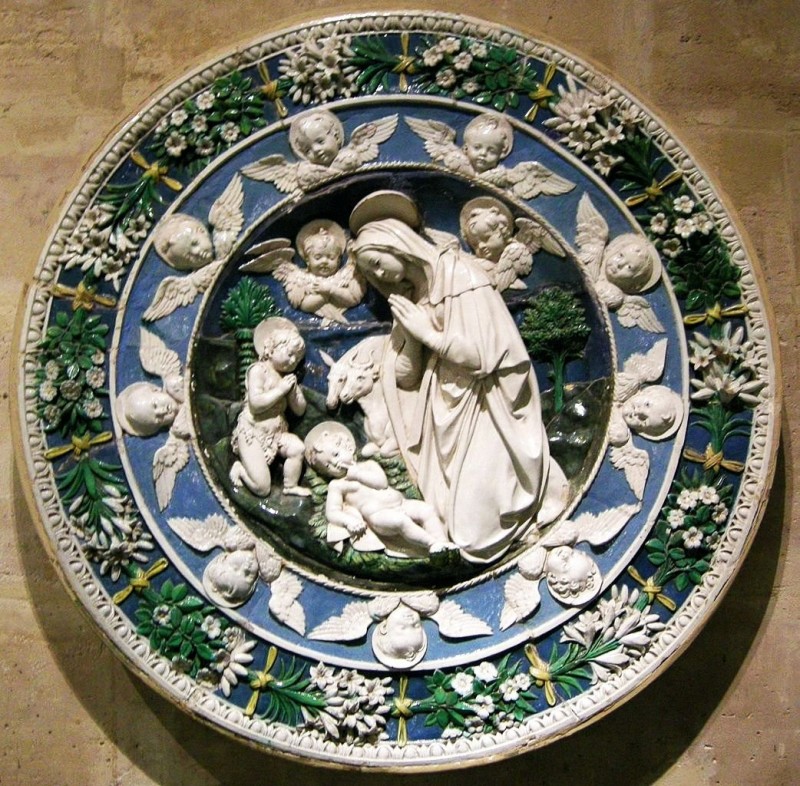 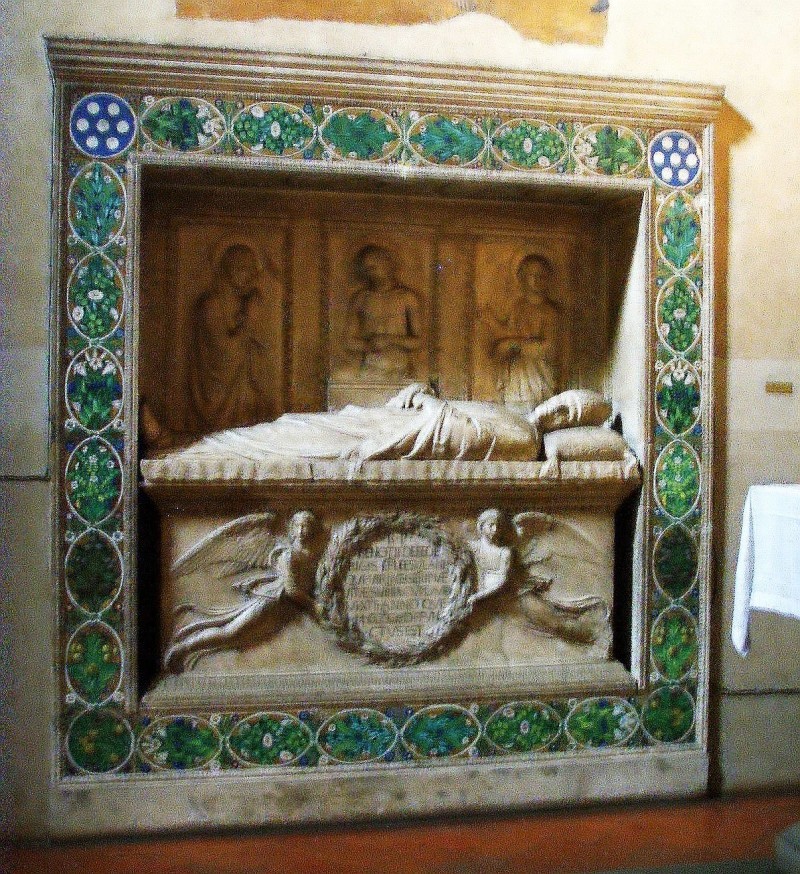 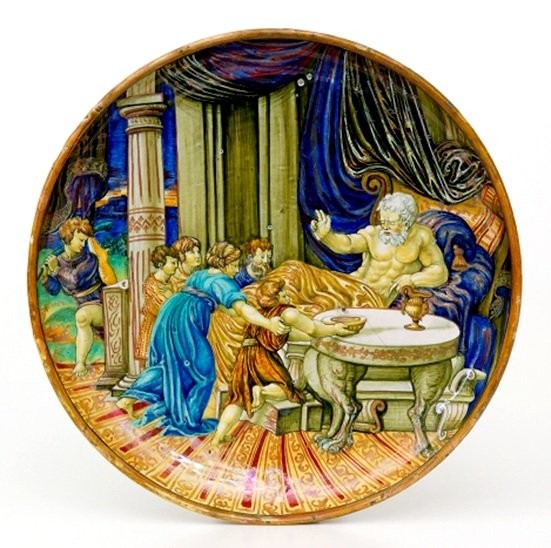 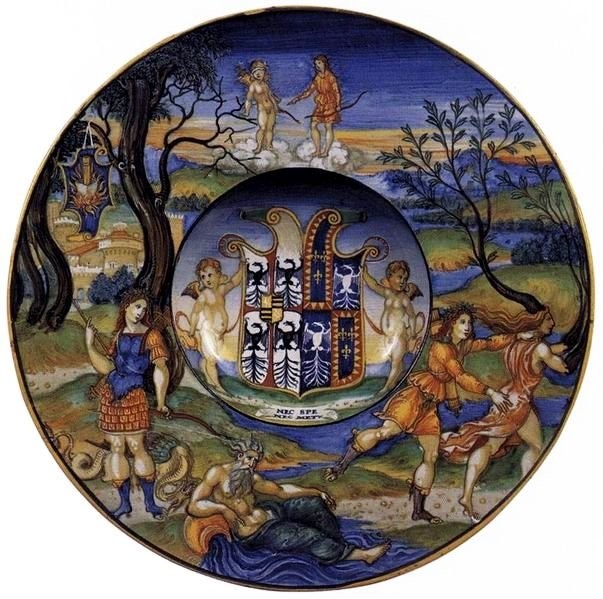 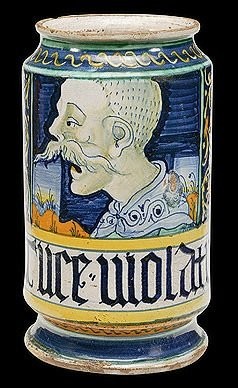 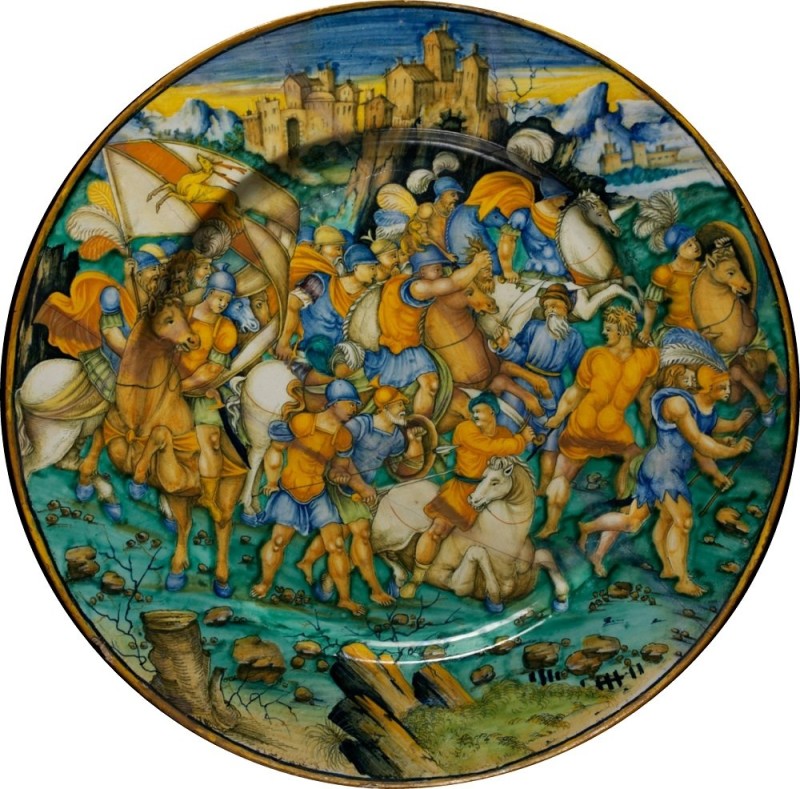 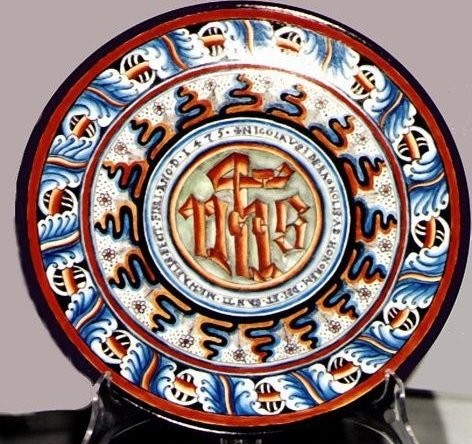 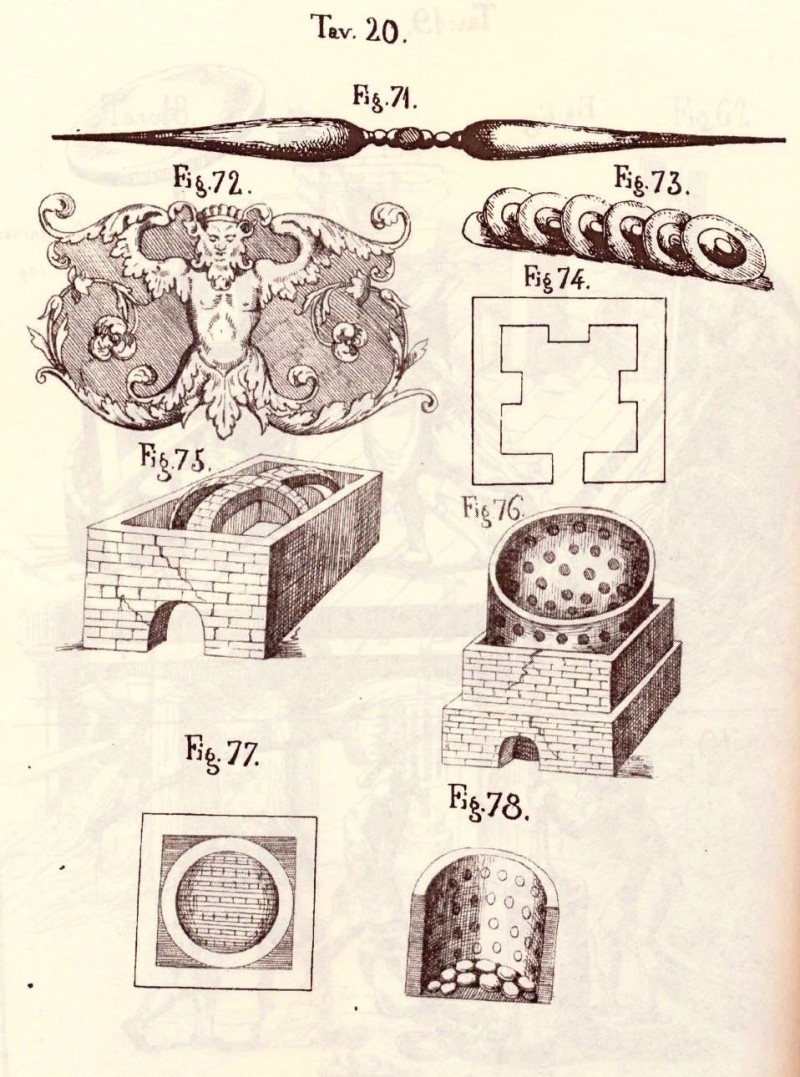 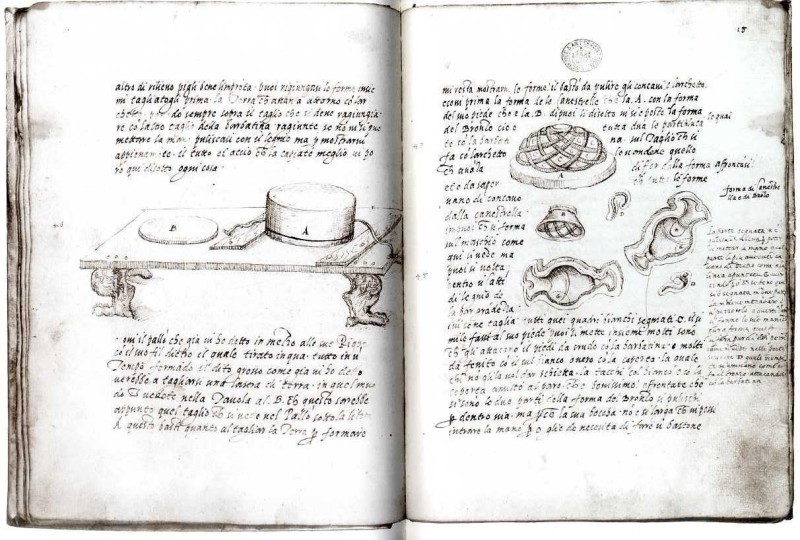 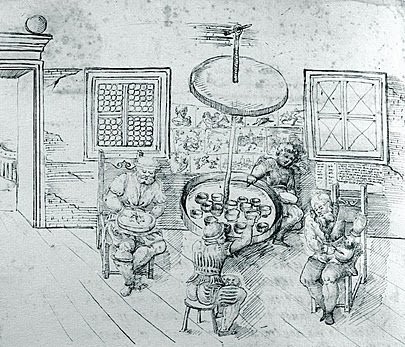