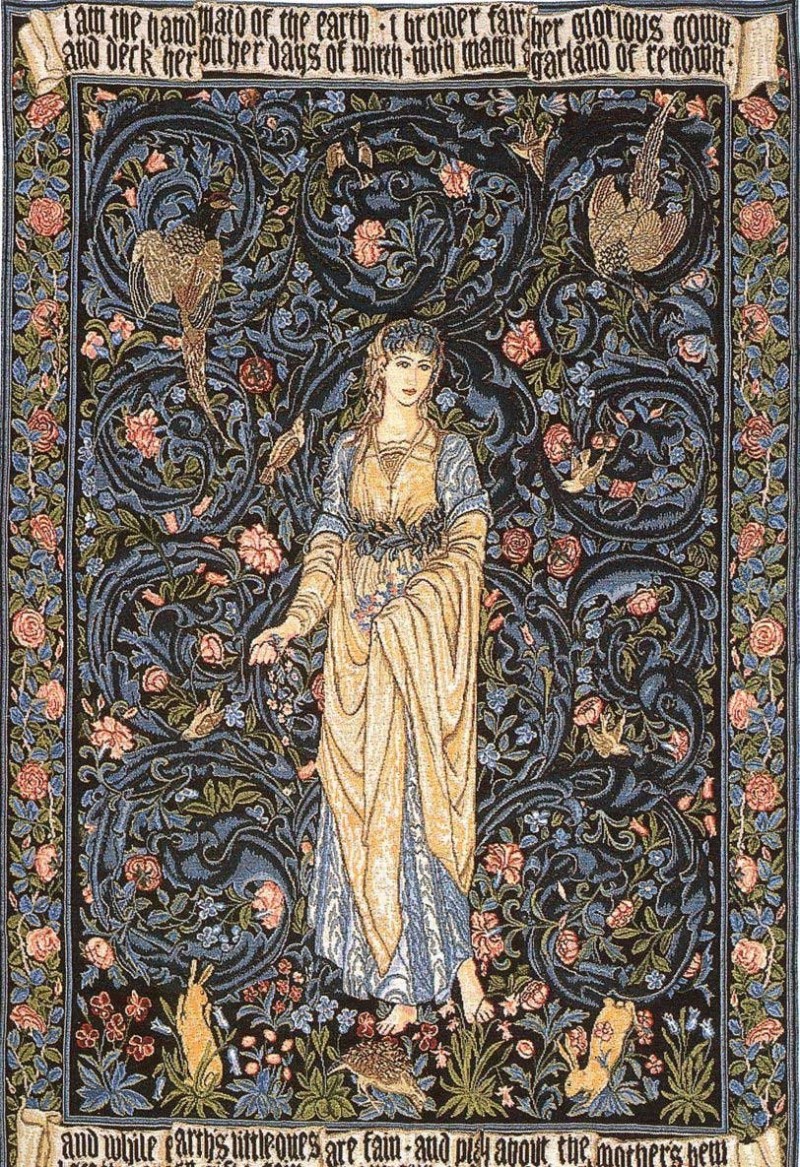 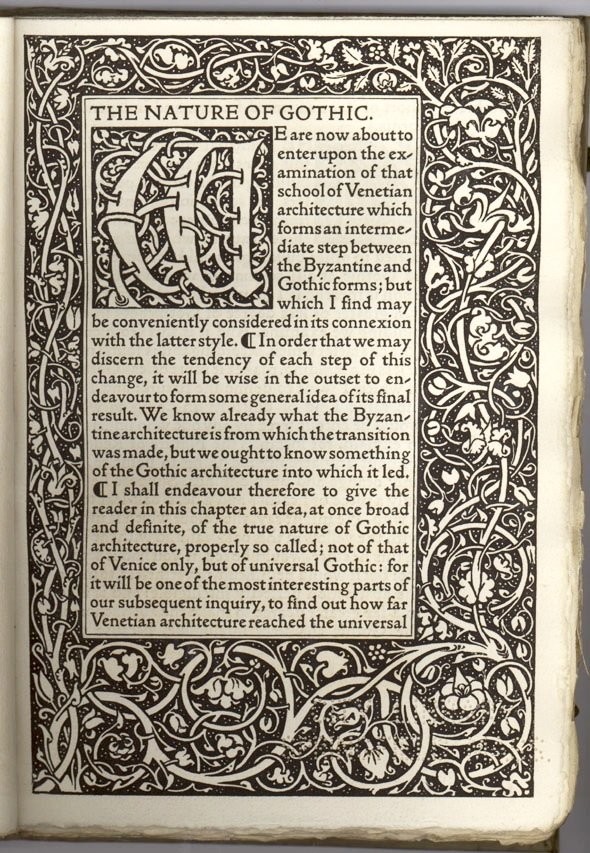 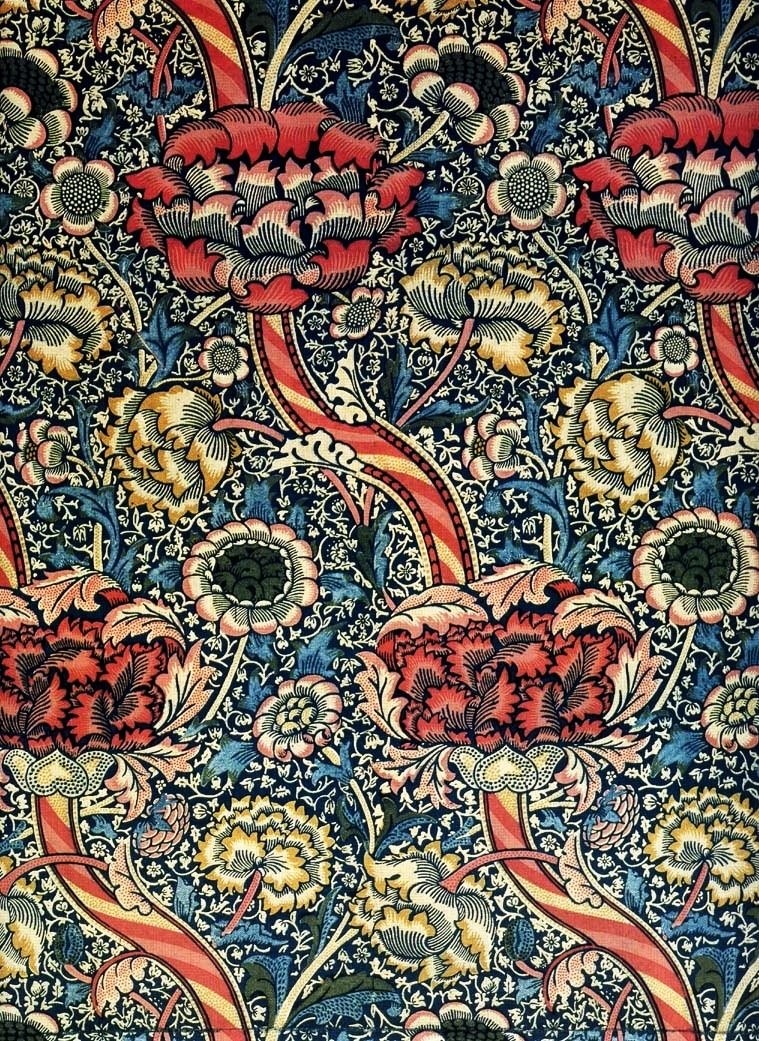 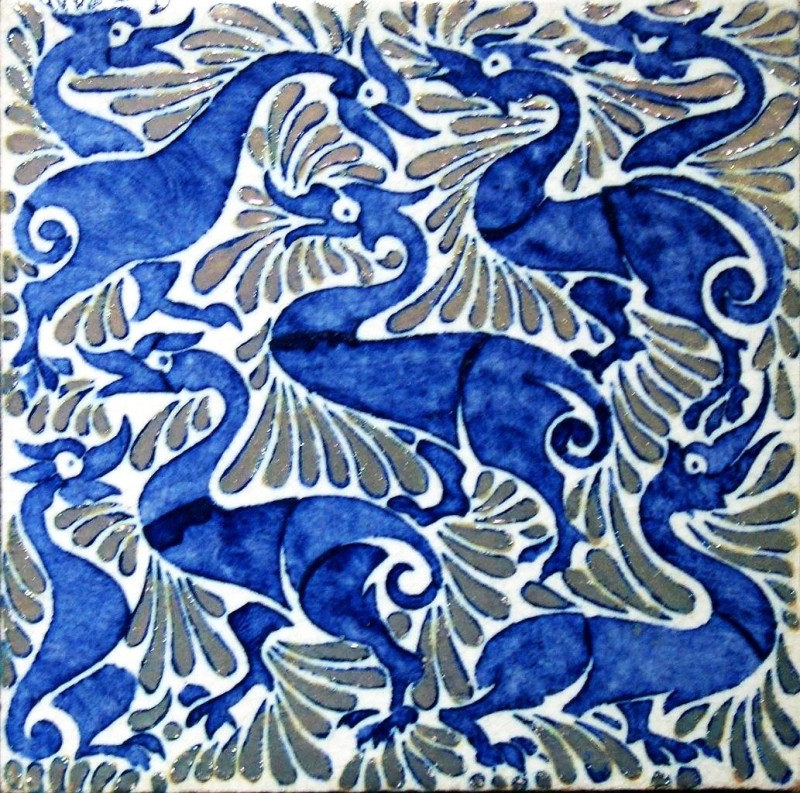 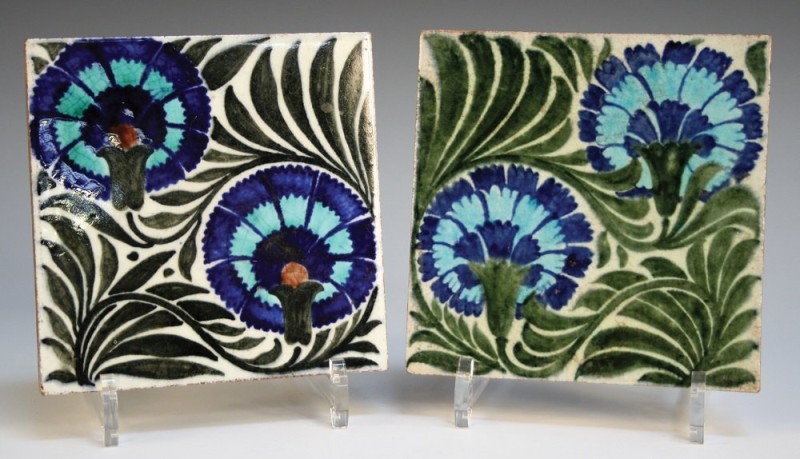 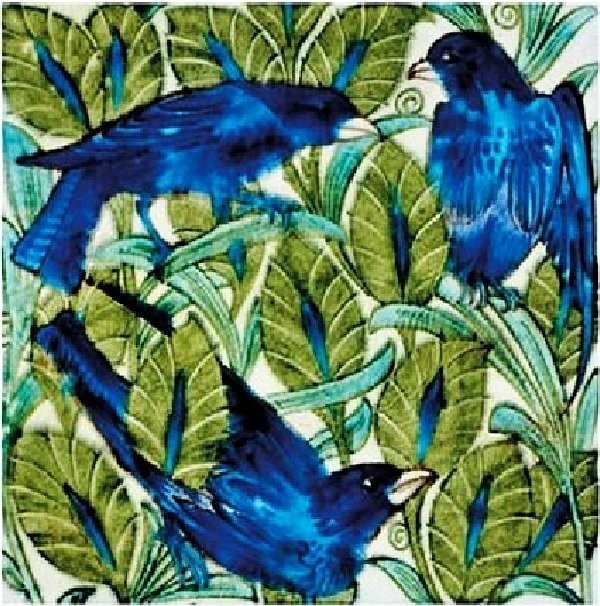 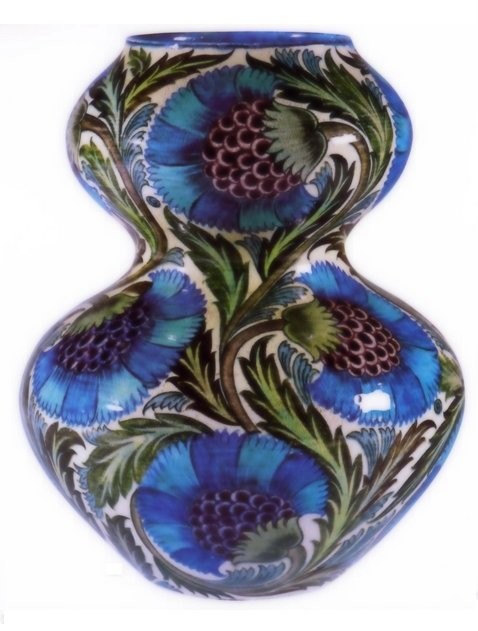 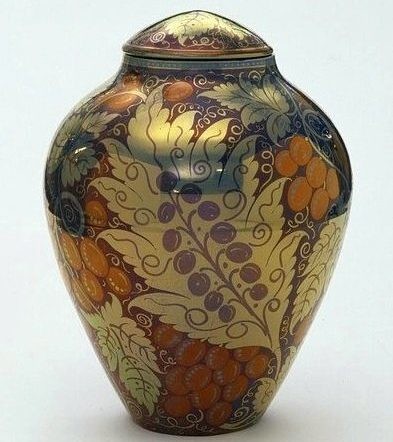 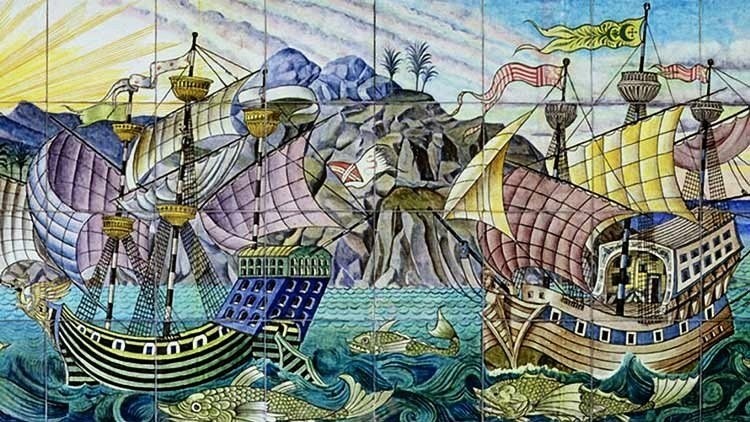 At the end of the 19th century, the Arts and Crafts movement was born in Great Britain. Arts & Crafts, which later became widespread in many countries of the world, was the starting point for the Art Nouveau style.

British art of Queen Victoria and Prince Albert period, despite its rapid development and the royal couple’s support, remained quite canonized, full of conventions and academism. From the depths of British art grows pre-Raphaelitism, – a direction formed by John Ruskin, which aims to return to the Renaissance painting techniques where combining the purity of lines and colors, drawing from life and avoidance of blind copying of classical patterns should emphasize the uniqueness and mystery of the universe.

At the same time an industrial boom began in Europe, and, as is often the case with these kinds of “revolutions”, small craft workshops started to go bankrupt or expand industrializing their production. Produce started to get simplified, decor got minimized and lost aesthetics. In general, the cost of household items went down due to décor simplification and degradation.

Starting from 1860, William Morris, a follower of John Ruskin’s ideas and the largest representative of pre-Raphaelitism, was actively promoting the idea of the manual craftsmanship superiority over “soulless” machine production, which had developed rapidly due to the technological boom.

The combination of two conflicting protests in one person, against mechanization in industry and academism in art, resulted in the birth of a separate line, which later gave rise to the very concept of design.

William Morris, an artist and poet who enjoyed an excellent academic education received at Oxford University College, protested against décor simplification and began to implement the ideas of art in the craft, so jointly with Burn-Jones, F. M. Brown, Philip Webb and Rossetti he created Morris and Co, a decorative arts firm.”

The enterprise lasted until 1940 becoming the largest in the decorative and applied arts production. Morris was a sentimentalist who dreamed of a combination of physical and intellectual labor. He held the view that a master could only rise to a creator’s level of when combining a technologist, designer and artist in one person. Therefore, in Morris’s workshop everything was done manually.

These ideas were picked up by many artists and artisans, and the movement, known in the years 1880-90 as Arts and Crafts went beyond the UK and spread throughout Europe and North America.

In Russia, Morris’s principles were followed by Abramtsevo and Talashkino workshops, which we covered in other articles of our website.

In France, these ideas were implemented in of Charles Haviland and Ernest Chaplet’s workshop.

With all the controversial and somewhere even retrograde traits of Morris’s ideas, it was his movement that laid the foundation for industrial design. Such wonderful industrial design artists as Eva Zeisel, Raymond Loewy, Peter Behrens grew from the ideas of Arts and Crafts.

Our site is dedicated to ceramics, so we will talk about William Frend De Morgan, a ceramic artist, William Morris’s lifelong friend and associate, who made many magnificent majolica murals and ceramic products for Morris & Co.

De Morgan worked at the Morris & Co. enterprise from 1863 to 1872 and developed not only ceramic tiles, but also stained-glass windows, furniture, and textiles. Images on his ceramics often have medieval or oriental motifs. He experimented with glazes and firing techniques.

William Frend De Morgan was born into the family of the famous mathematician Augustus de Morgan, who supported his son in his aspirations to become an artist. At the age of 20, William entered the Royal Academy of Arts, but was quickly disillusioned with it.

At the same time in 1863, he met Morris and became fascinated by the Pre-Raphaelites. He immersed himself into the pre-Raphaelitism with all the enthusiasm of his youth. In Morris’s workshop, he started to experiment with stained glass, but pretty soon his interest completely shifted towards ceramics, to which he remains faithful for all of his life.

Until 1881, De Morgan worked in Chelsea, which was considered the town of artists. This was the most fruitful decade in his work as a ceramic artist, for he experimented a lot with firing and glazes. During this period, his ceramics often had firing defects and irregularities.

He used earthenware tiles purchased from Minton and Wedgwood for his experiments. However, he considered them fragile, unable to stand frost, and therefore unsuitable for use on facades.

Therefore, he continued his experiments and, by 1887, received his own high-quality red clay bisque, which had better resistance to temperatures and reduced moisture permeability.

De Morgan decorated dishes, vases and crockery. Some of his projects were made using bisques of Wedgwood and other English enterprises, but many were made of De Morgan’s own terracotta.

as Alongside with experimenting with clay, he revived the old lustreware technique characterized by a reflective, metallic surface, which he showed interest in after studying Spanish-Moorish and Italian Renaissance majolica.

Despite his great interest in oriental ornaments and techniques, De Morgan’s ceramics are deeply individual and permeated with his own ideas about design and color.

Studying the motifs of the Persian dishes greatly influenced his unique style, in which fantastic creatures entwined with artistic geometric motifs float under the glowing glazes.

Despite De Morgan’s great technological achievements and his unconditional contribution to British applied art, ceramics could not feed his family, as it had no commercial success and was always subsidized by philanthropists.

That is why in 1906, De Morgan completely quit ceramics and went in for writing novels. “All my life I have been trying to make beautiful things”, he said bitterly when leaving the workshops, “and now that I can make them, nobody wants them.”

As a writer, De Morgan was very successful and became famous. His first novel, Joseph Vance, was published in 1906, and was a sensation in the UK and the USA.

In total, he published five novels, each of them a bestseller, which made him a wealthy man. The genre of his literary work was called ‘Victorian and suburban’.

William De Morgan died in 1917 of trench fever, (during the Spanish flu epidemic).

Collections of De Morgan’s works are exhibited in many museums around the world, including the Victoria and Albert Museum and the Birmingham Art Gallery.

William De Morgan’s ceramics are also featured in many large collections of arts and crafts, including the Ontario Art Gallery in Toronto, the d’Orsay Museum in Paris, the Manchester and Fitzwilliam Art Gallery in Cambridge.

You can see and order our Arts and Crafts Victorian style ceramics on this page. 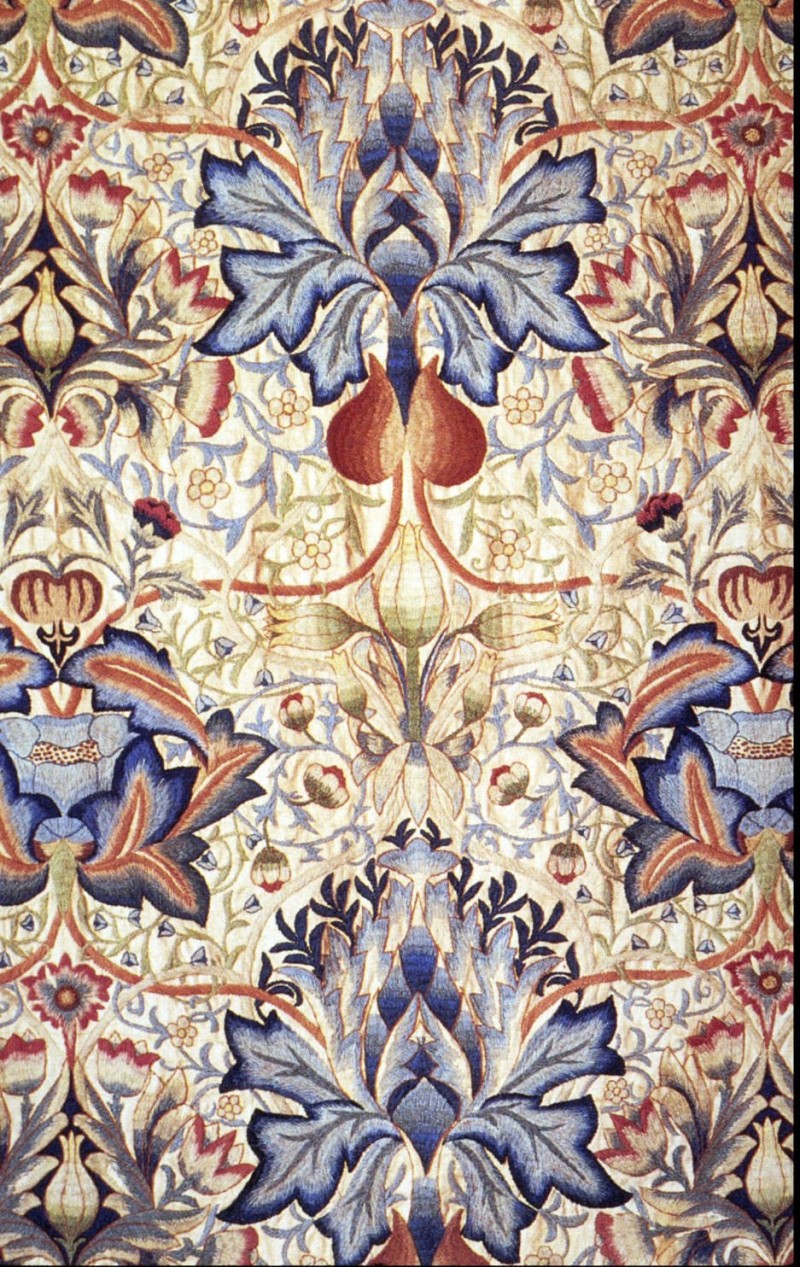 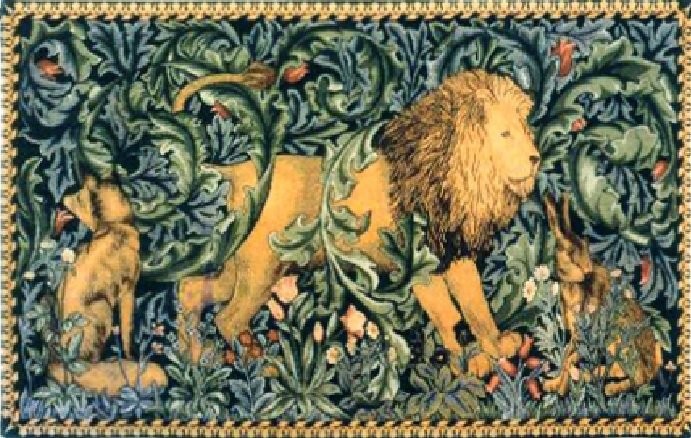 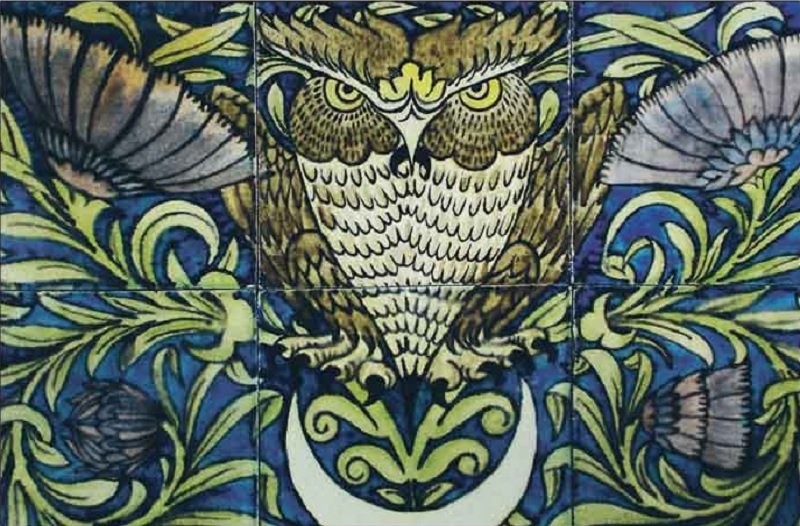 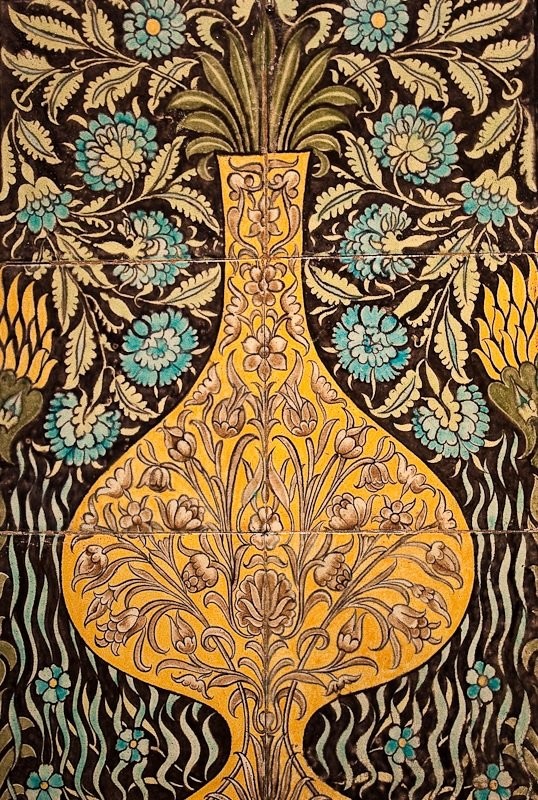 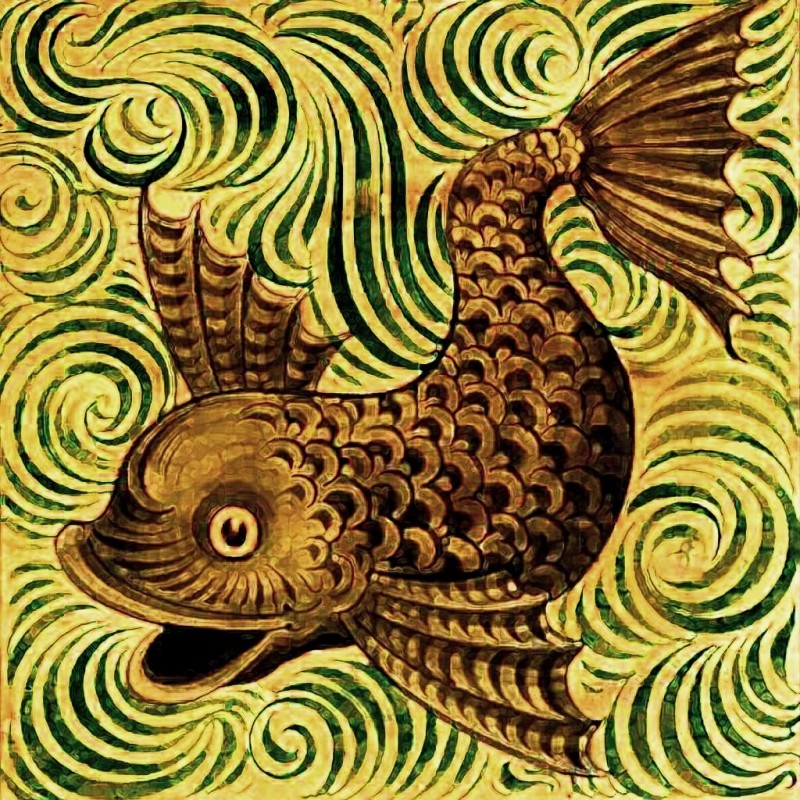 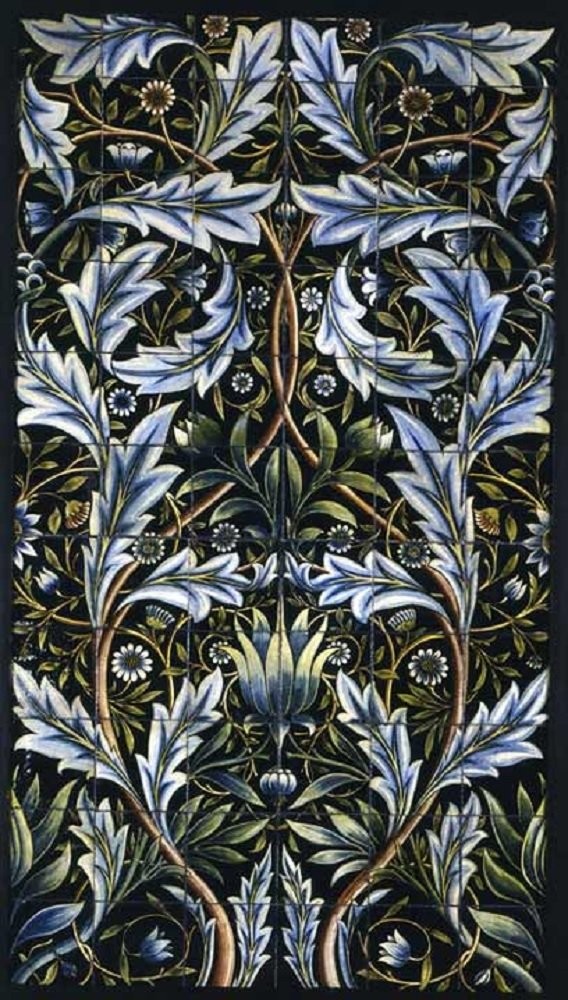 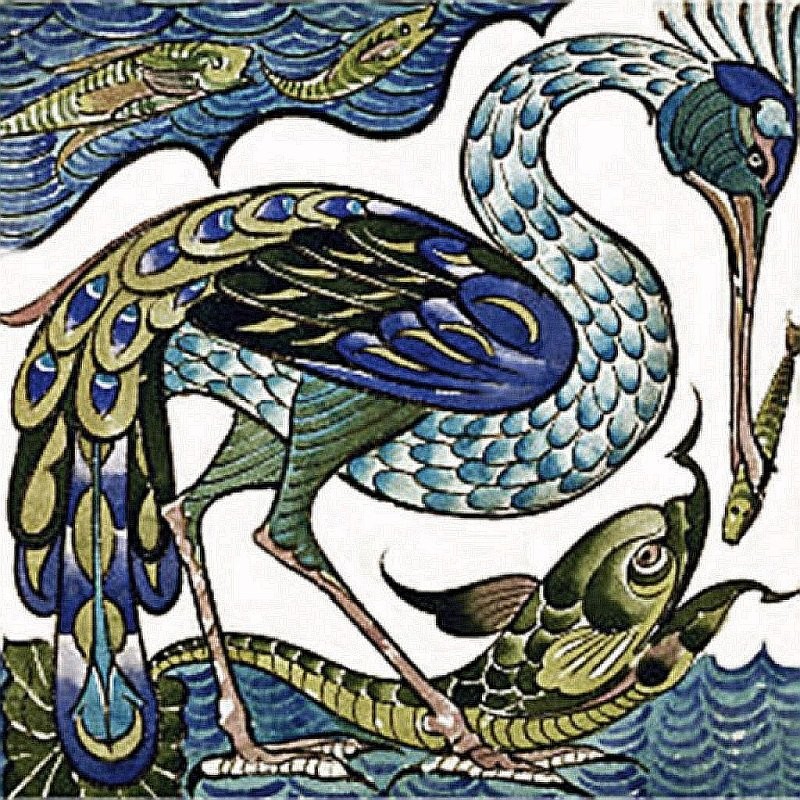 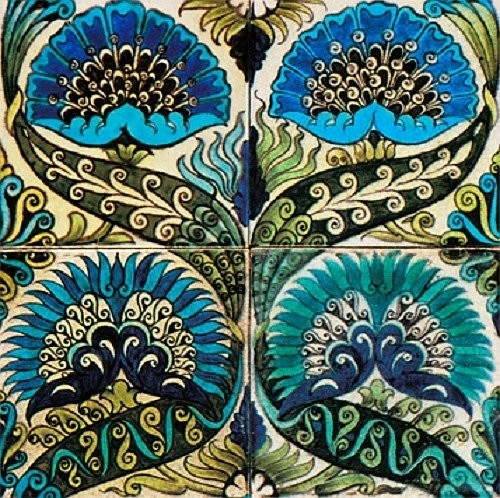 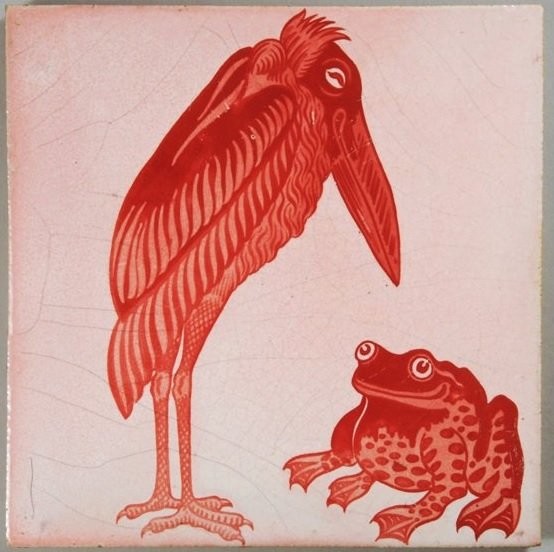 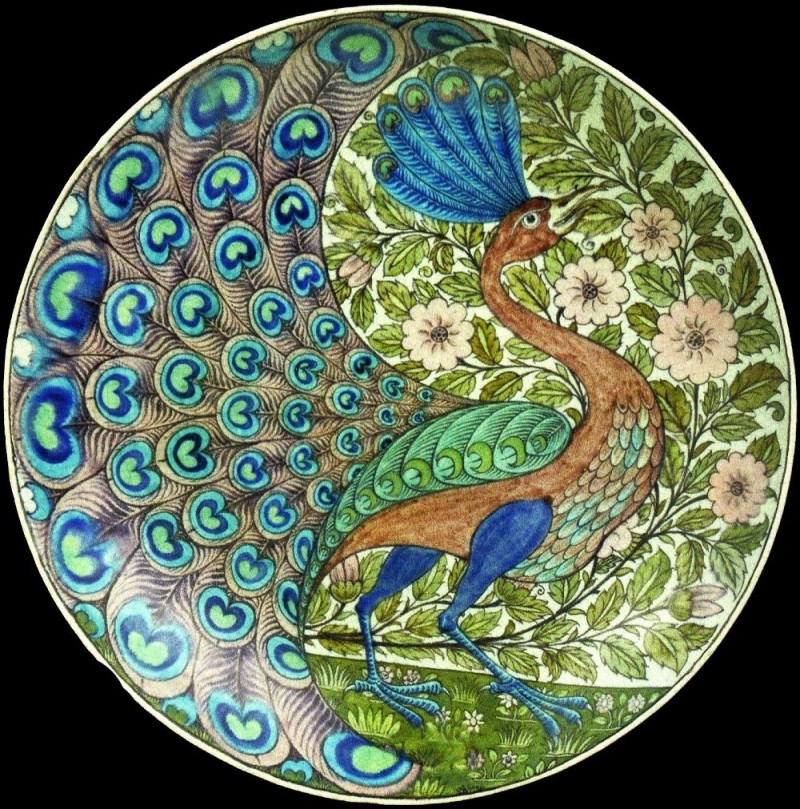