We are dedicated followers of the Russian majolica traditions of the Abramtsevo workshop well known before the revolution. We use recipes and art techniques of this workshop, as well as experiment with form and color. Therefore, in this article, we would like to tell you about the Abramtsevo ceramic workshop, which was owned by the famous industrialist and philanthropist Savva Mamontov and which was later turned into the Abramtsevo Factory. But that was later. First, in 1870, Mamontov bought the estate from the famous writer S.T. Aksakov, and famous Russian artists began to visit and work there. 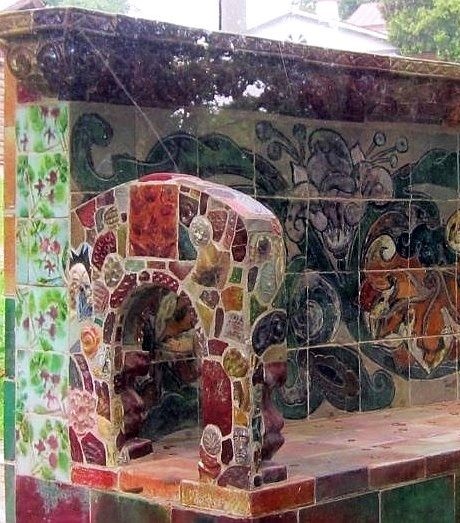 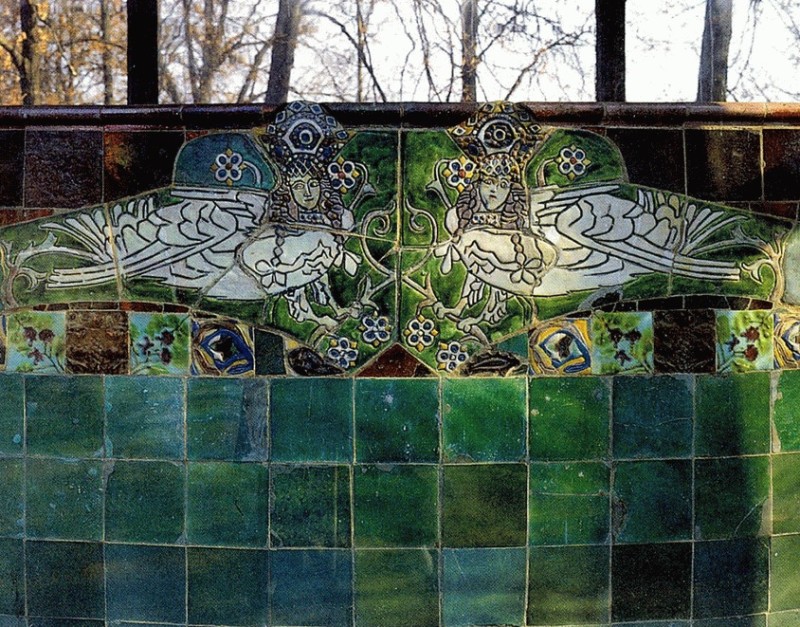 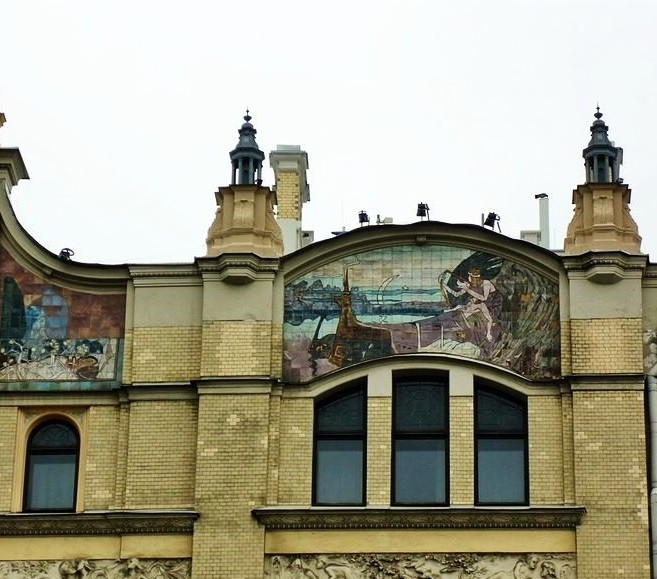 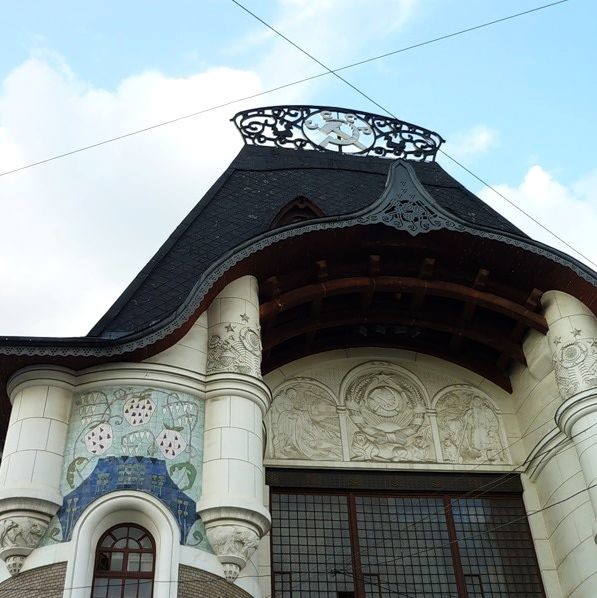 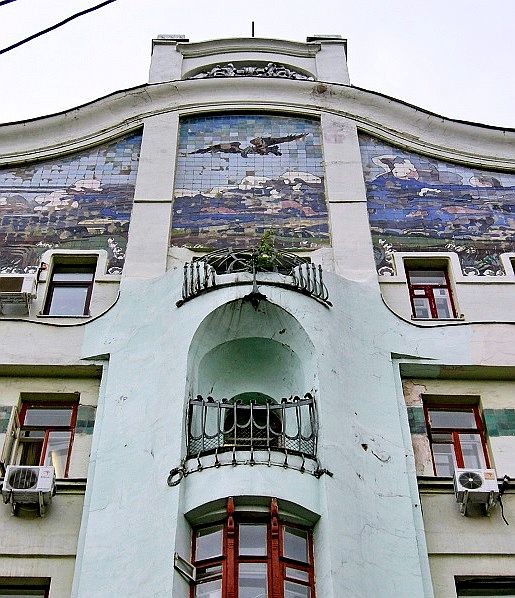 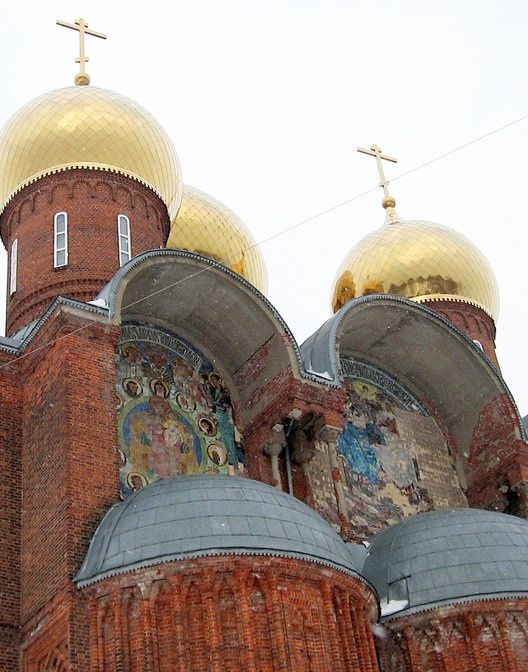 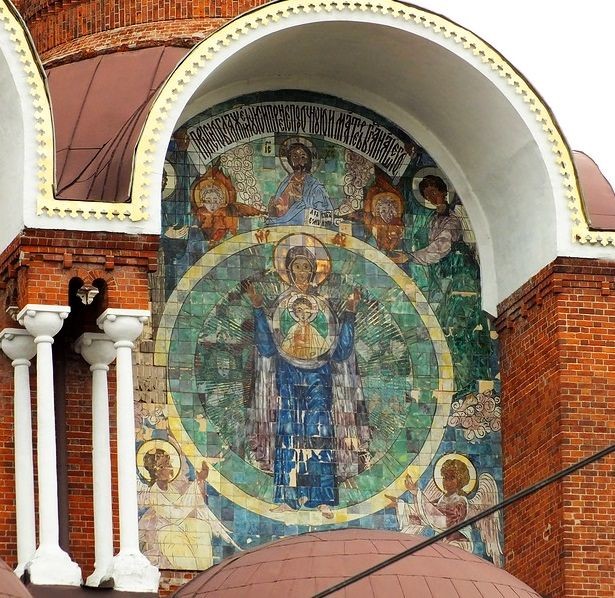 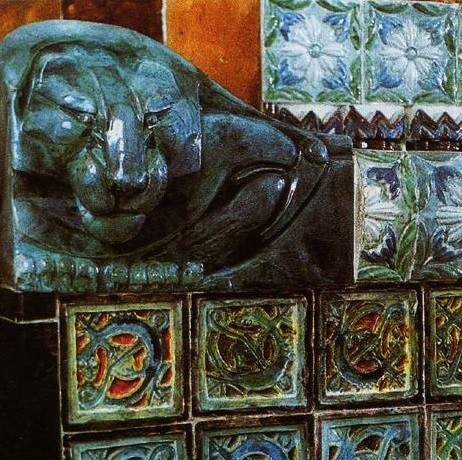 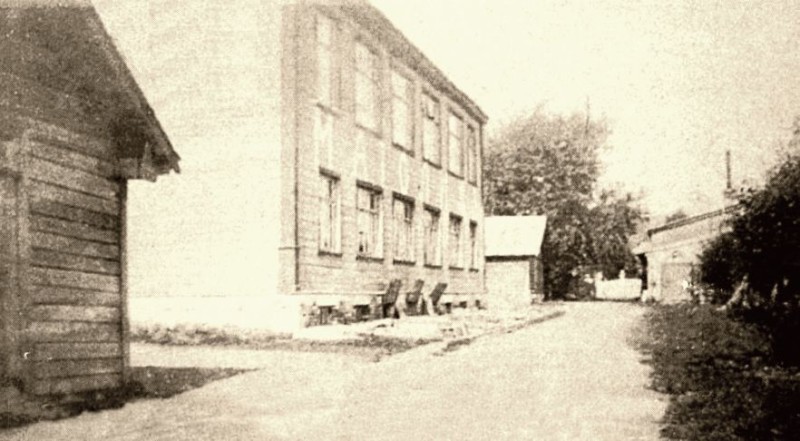 In 1889, an experimental art workshop was created to revive the Russian majolica – products from colored burnt clay coated with opaque glaze. Perhaps the main reason for establishing the ceramic workshop was the idea of reviving hand-made pottery art and restoring manor furnaces, since the unique manor stoves with multicolor tiles of the 17th century were in ruins. One way or another, but the workshop was created and became a real phenomenon of Russian culture.

Many artists tried their hand at the workshop, but the greatest contribution was made by Mikhail Vrubel and Peter Vaulin.

Mikhail Vrubel, an artist of great decorative talent, raised this “utilitarian craft” to the level of real art, which became a milestone in the history of the Russian sculpture, because his works in traditional sculpture made color appear in all its splendor.

Peter Vaulin was a young and talented ceramic enthusiast, a chemical technologist by education, enthusiastically accepting the task of reviving majolica: he developed a new process, created several unique recipes for colorful coatings and rediscovered a forgotten method of reduction firing. The process is based on chemical reduction, when, under the influence of temperature and atmosphere in the kiln, the oxides that make up the pigments are converted into metals making it possible to achieve stunning artistic effects in majolica – metallization, flicker and rainbow shine.

As in majolica itself, where under the influence of fire and chemistry of colors, unprecedented beauty effects arise, here in the workshop, under the patronage of S.I. Mamontov, the joint work of a brilliant artist and a talented ceramic chemist gave an outstanding result that influenced every type of Russian art.

The merits of Abramtsevo majolica were held in high regards by contemporaries both in Russia and abroad. The works got awards at Russian and international exhibitions. The coating compositions were unlike anything seen before.

Abramtsevo majolica is distinguished by the amazing beauty of glaze: Vaulin’s magical alchemy turned the surface of ceramics into a colorful jewel. A thin, translucent film, in which gold, silver, copper, and platinum are present, gives them metal reflections and fabulous radiance after firing.

In 1896, S.I. Mamontov acquired a plot of land in Moscow and built a majolica factory. And then the ceramic workshop, later called the Abramtsevo Pottery Factory, was moved here from the estate.

The factory’s products were a success all over the country. The famous Vrubel’s Princess of Dreams – the most famous ceramic murals in Moscow that adorns the facade of the Metropol Hotel – was created in the factory. The Metropol’s facades are also decorated with other 23 ceramic murals made at the Mamontov’s factory, including Worship of the Divine, Worship of Nature, Life and others.

K.A. Korovin’s ceramic murals on the themes of the Russian North was made at the factory for the Yaroslavl Station. The station built by F. O. Schechtel is decorated with eleven compositions. Above the windows of the second floor along the main facade there is a turquoise green frieze also created at the Abramtsevo Factory.

Based on V.M. Vasnetsov’s sketch ceramic murals were created on the facade of the Tretyakov Gallery.

At house 3 on Kuznetsky Most Street you can see the ceramic factory’s another work that has survived to this day – the Sokol (Falcon) ceramic murals made at the factory according to the sketch of artist N.N. Sapunov.

In Khlebny Lane, the architect S.U. Solovyov built a house for himself, the facade of which was decorated by fourteen ceramic murals. Now it is the residence of the diplomatic mission of Georgia.

Unfortunately, the house on Sergiy Radonezhsky Street was not preserved. The house had a ceramic copy of the Bogatyrs painting by V. M. Vasnetsov mounted in an oval.

Abramtsevo Factory specialized in the manufacturing one-off or limited edition items. Only the most successful works were created in small runs.

Vaulin’s chemical experiments, which created the majolica with colored highlights of metallized glaze, were transferred to the main production.

The second characteristic feature of the production was the technique, when the majolica was made not on standard tiles, but on pieces of different shape and size similar to mosaics (the first such technique was applied by Mikhail Vrubel). Interestingly, the same technique was used at the same time by Antonio Gaudi, an outstanding Spanish architect who actively used majolica in his art.

The same technique had been employed by us in our seamless murals.

At the World Exhibition in Paris in 1900, S.I. Mamontov was awarded a gold medal as a manufacturer of majolica products; Mikhail Vrubel also received a gold medal for his majolica works as an artist – for the fireplace Volga’s Meeting with Mikula Selyaninovich, and for sculptures based on the operas’ plots.

Majolica of the Abramtsevo Factory was superior to the works of not only ceramic artists of modern Europe, but also of ancient masters. It became an advance in architectural ceramics, a real breakthrough in technology and a unique monument of the Art Nouveau period.

Abramtsevo was the first company in Russia to apply several artistic techniques in architectural ceramics at once. It is due to this enterprise that the colored glazed ceramics were included into the modern Russian construction practices, transferring ceramic sculpture and polychrome painting to the facades of houses and turning them from ordinary buildings into works of art.

Their followers were the Murava workshop, which we wrote about in another article here, and then the enterprise in Kikerino, which was founded by Abramtsevo’s technologist Peter Vaulin.

The products of the Abramtsevo pottery are kept in the largest national collections of Russia: in the Tretyakov Gallery, in the Russian Museum, the Kuskovo Museum of Ceramics and others.

And besides, we have the privilege of admiring the Abramtsevo’s majolica on the facades of buildings in Russian cities every day. 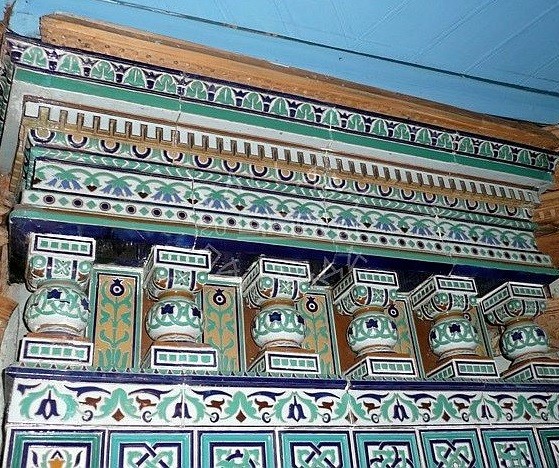 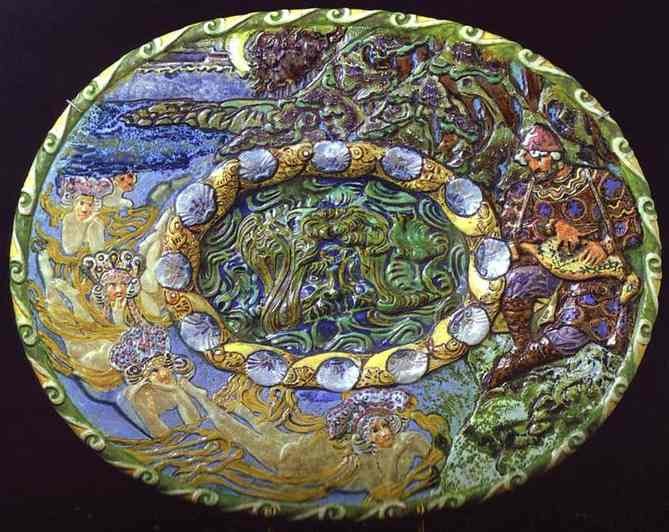 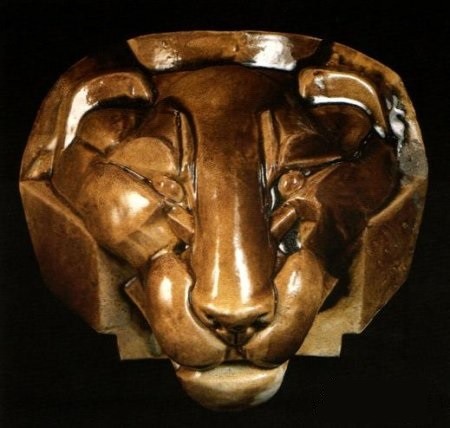 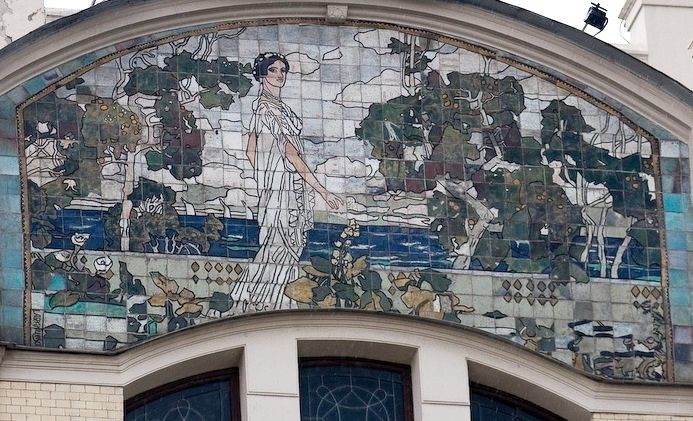 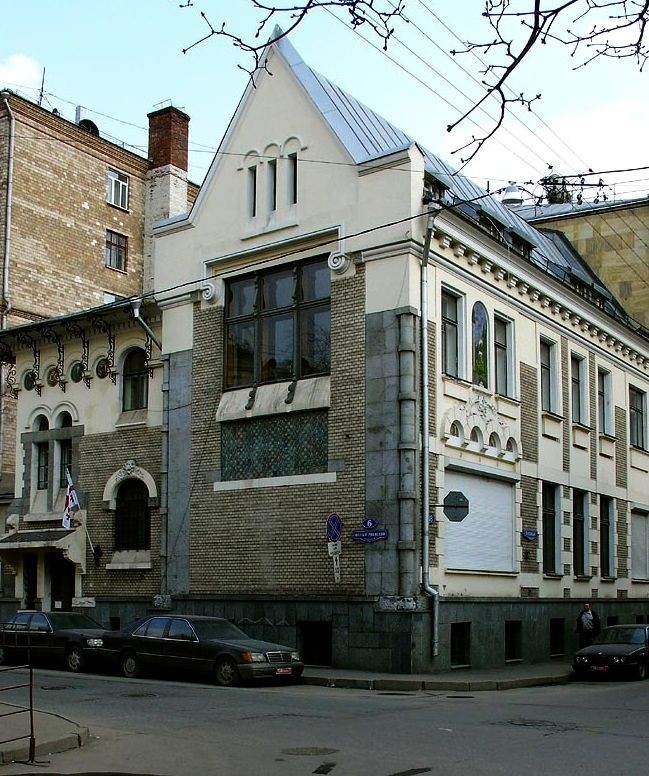 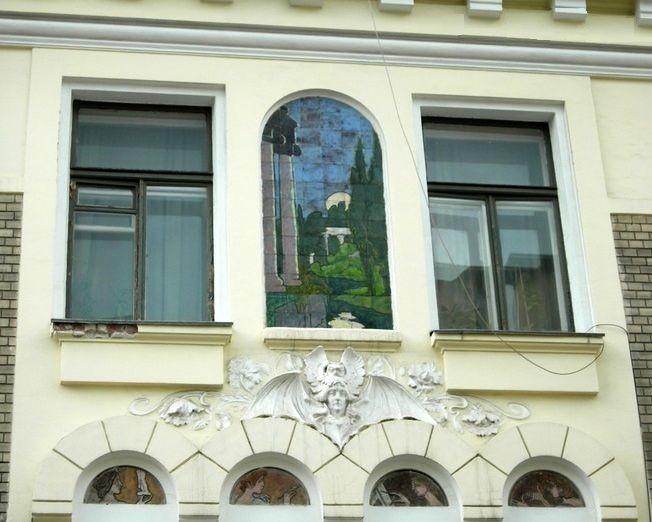 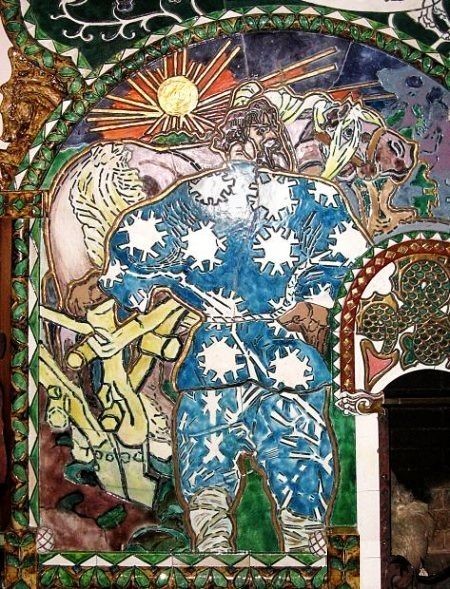 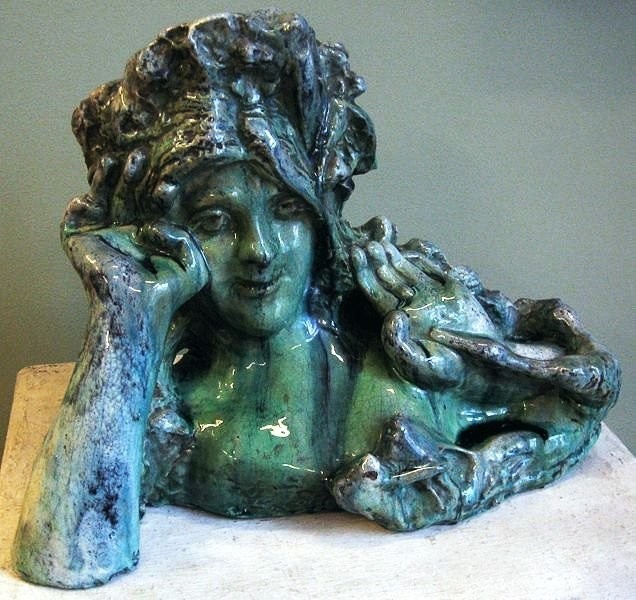