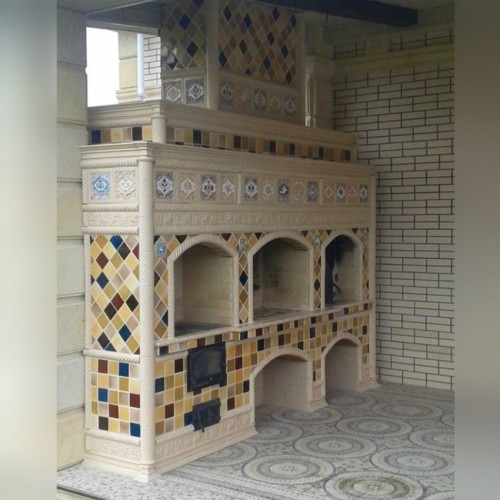 The price listed is exclusively for the ceramic cladding.

Installation and shipping can be requested, but will require additional calculations.

The amazing house of the merchant Igumnov on Bolshaya Yakimanka street in Moscow served as an inspiration for the development of this project.

Igumnov house, which now serves as the residence of the French ambassador, was built by Yaroslavl architect Nikolai Pozdeev in 1895.

Nikolai Igumnov – a native of Yaroslavl, a major industrialist and merchant, philanthropist, a person with a complex character and destiny. The merchant adhered to the principles of the Yaroslavl architectural school while building his residence, and because of that the construction was a rather scandalous event, as the house’s decor was contrary to the conventions accepted in Moscow. The neighboring mansions were built in the Empire style and Igumnov’s ‘Russian Tower’ stood out in this row. Muscovite bonzes of architecture condemned this house, and the secular society did not accept it, finding it kitschy and tasteless.

However, time has a tendency to put things in their places, and because of that the house has found the acclaim it deserved. The harmony of the building, its proportions, the amazing ‘handicraft’ and the sophisticated complexity and thoroughness of architectural details, the beautiful Kuznetsov tiles made based on S. Maslennikov’s sketches and drawings, the numerous decorative details of different shapes that Pozdeev masterfully combined made the Igumnov house an example of the Neo-Russian style, in which many beautiful Moscow buildings were created. There is a legend that Alexei Viktorovich Schusev was inspired by the creation of the Yaroslavl architect so much, that he decided to study architecture.

Even now the Igumnov house continues to inspire. We created the design for this outdoor kitchen tiled oven, charmed by the ‘Russian Tower’ in Yakimanka in Moscow. We applied basic principles of the Neo-Russian style, combining many twisted elements and replicas of tiles from the Igumnov house. Calm cream-colored friezes and rows of plain reliefs frame a bright majolica tile. Thanks to this decision, the outdoor kitchen tiled oven out to be both bright and very tender. 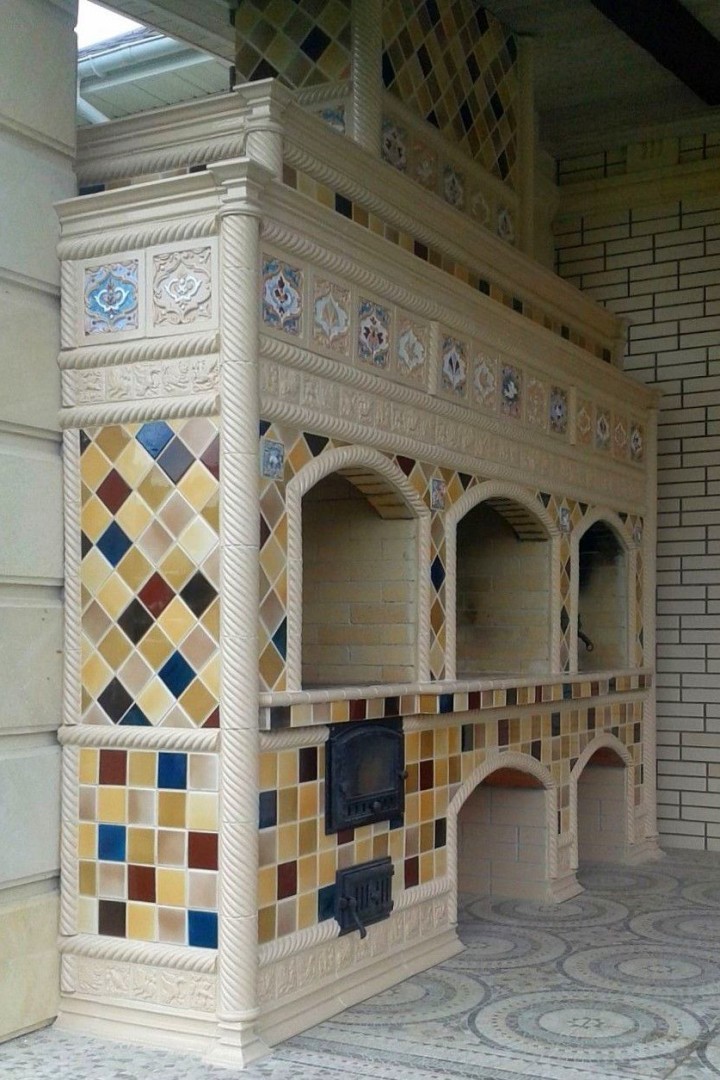 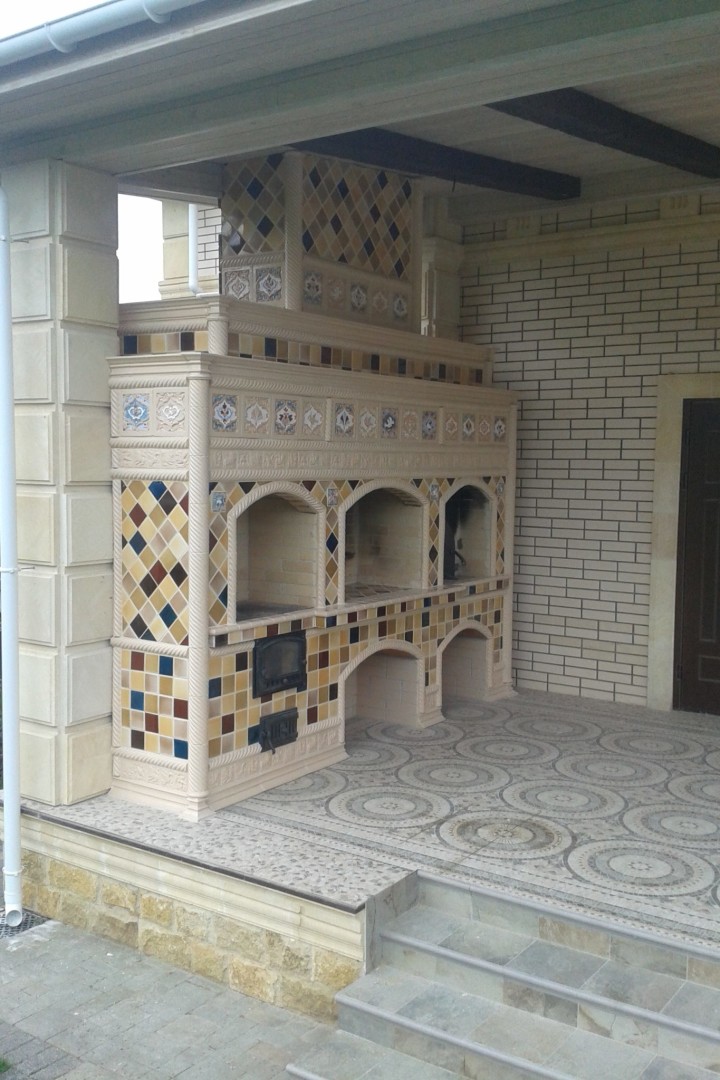 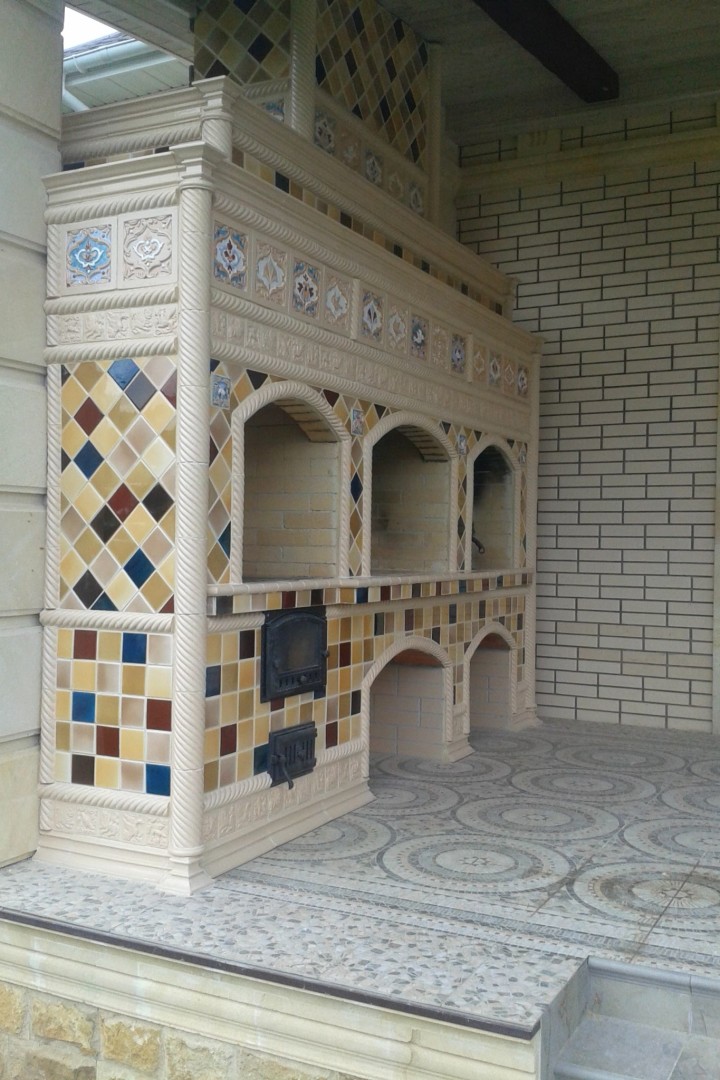 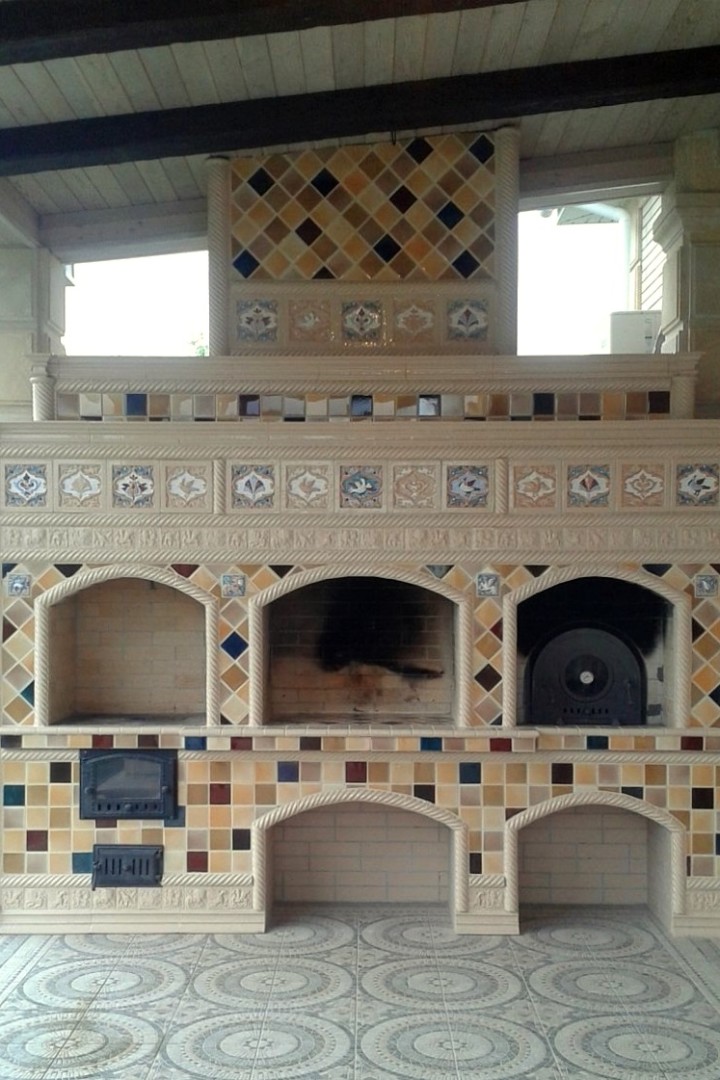 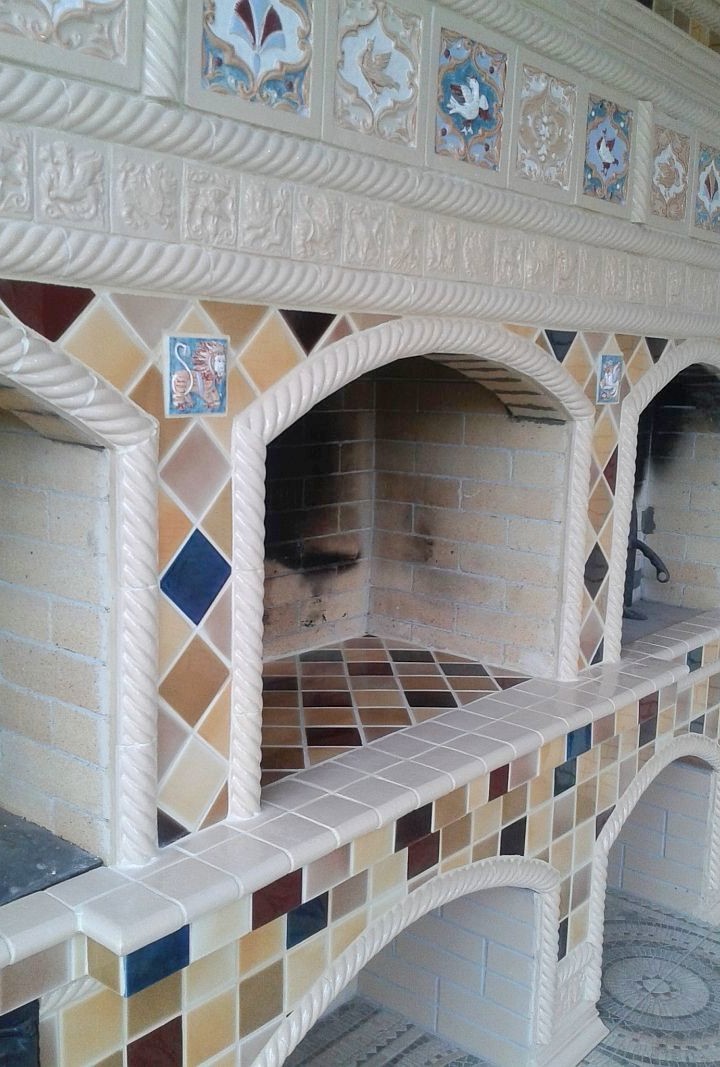 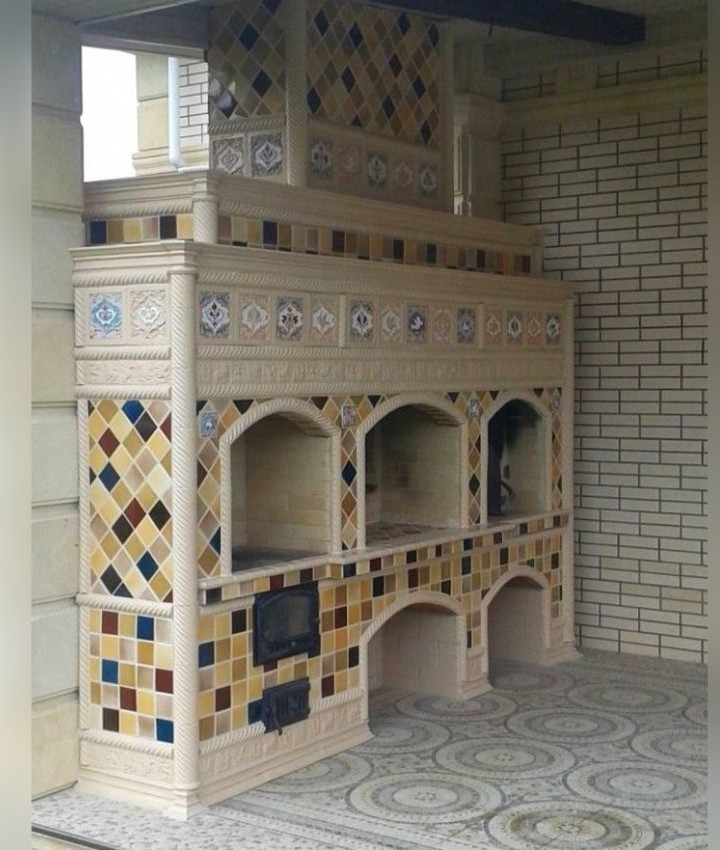